Join us on Google News to keep up to date with the latest news
32% of drivers surveyed in Russia admitted that they fell asleep while driving, 3, 8% of them woke up from a collision or in a ditch. In Europe, for comparison, in the course of a similar study, only every fifth driver admitted that at least once “fell asleep”, while every fifth accident in the West occurs precisely because of driver fatigue.
To prevent falling asleep while driving, an electronics engineer from India offers a special device made on the basis of glasses.
Tools and materials:
-Arduino Pro Mini;
-IR sensor; -BC547 transistor; -Micro- vibrating motor for a mobile phone; -5 V buzzer; -Resistor 4.7K; -Battery 3.7 V;
-Frame for glasses;
-Soldering accessories; 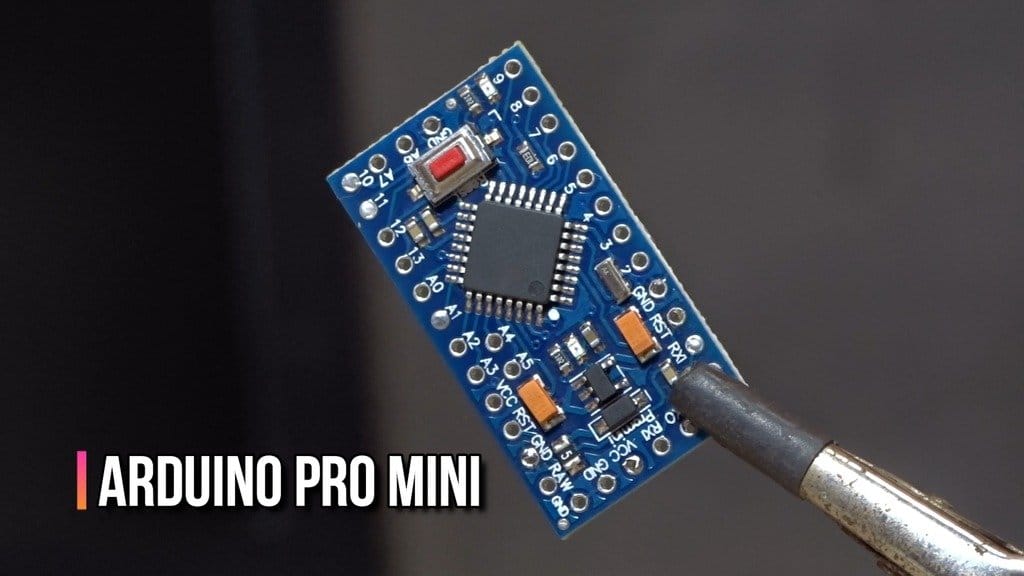 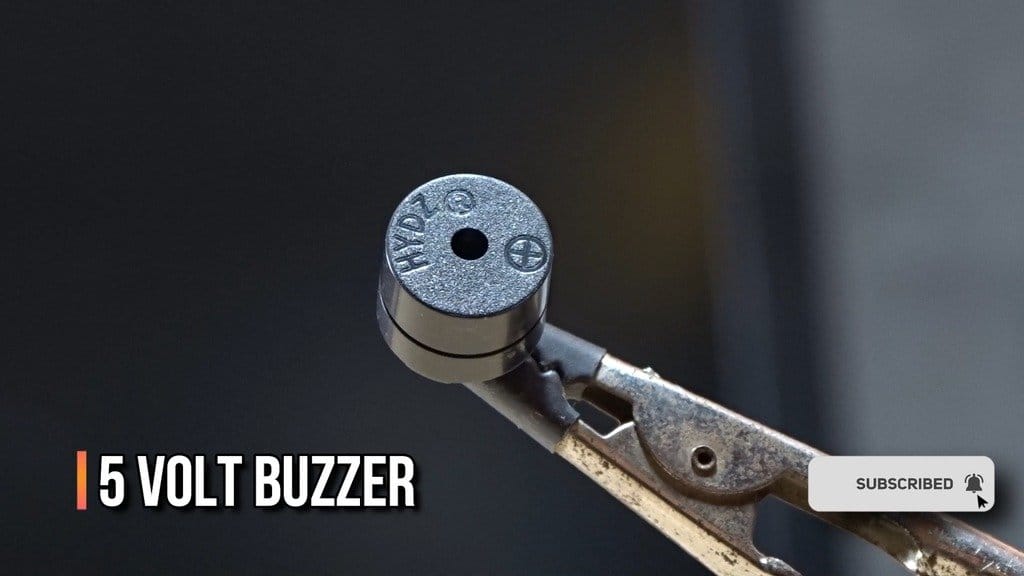 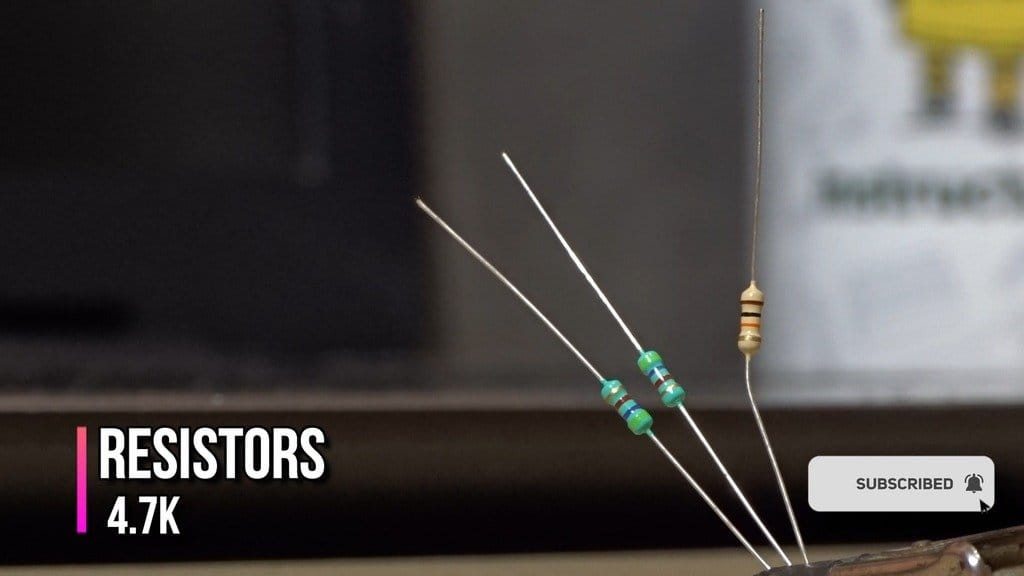 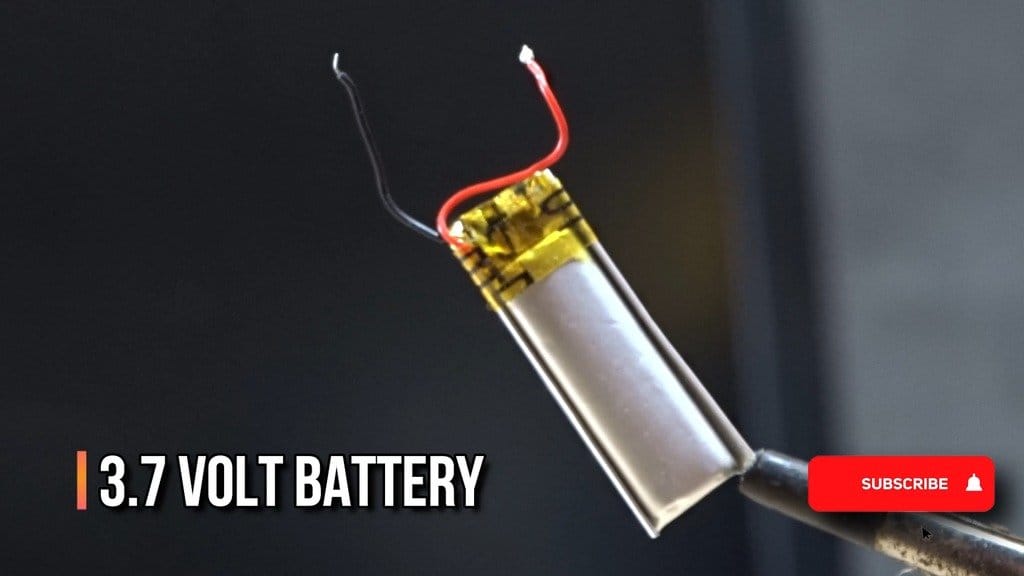 Step two: assembly
The sensor is glued to the Arduino board using hot glue. < br> Then he assembles the buzzer circuit.
The buzzer is mounted on the bow of the glasses closer to the ear. The battery is attached in the middle of the shackle. A sensor with an arduino is mounted on the frame. The distance between the eye and the sensor is no more than 15-20 mm. 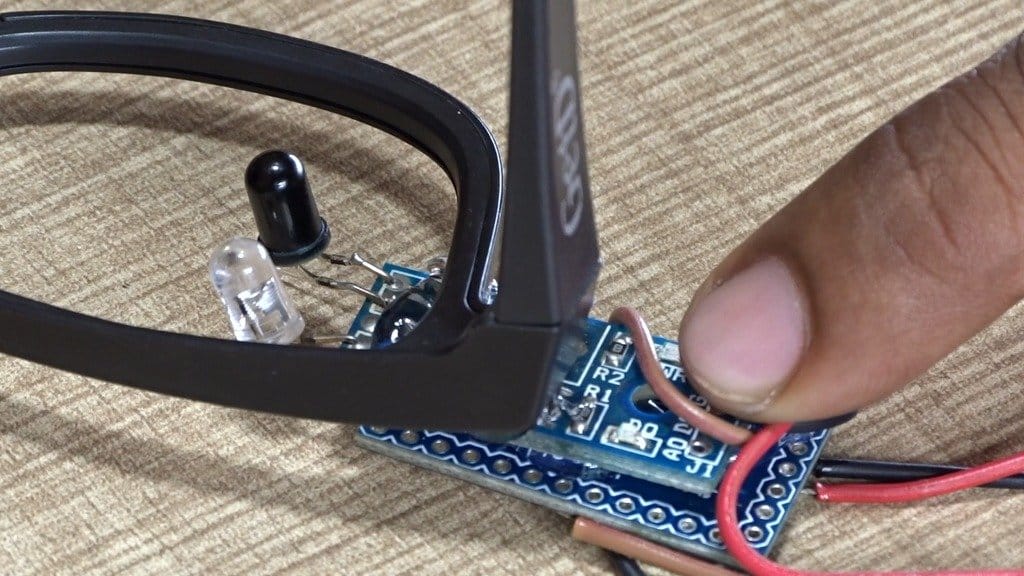 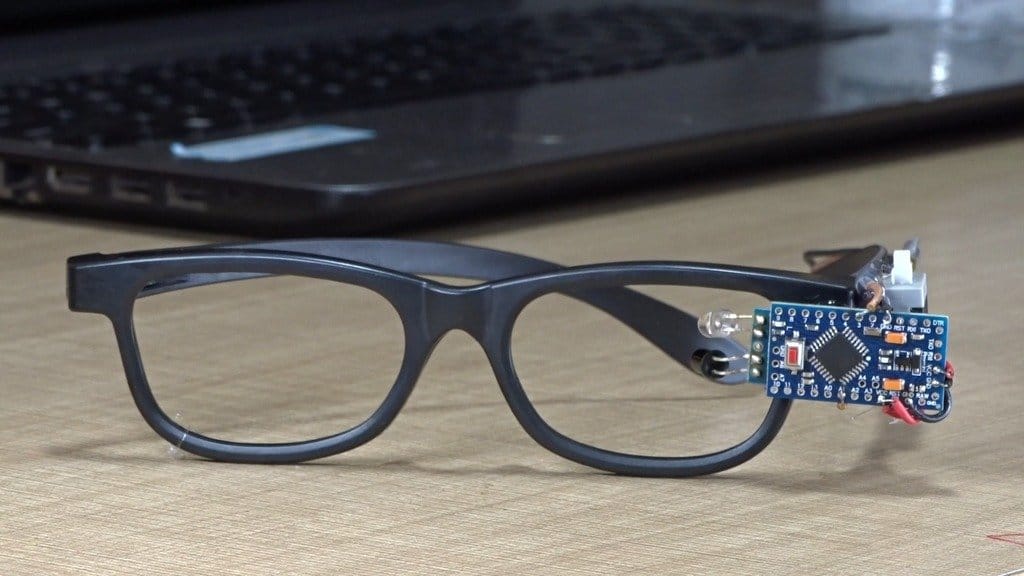 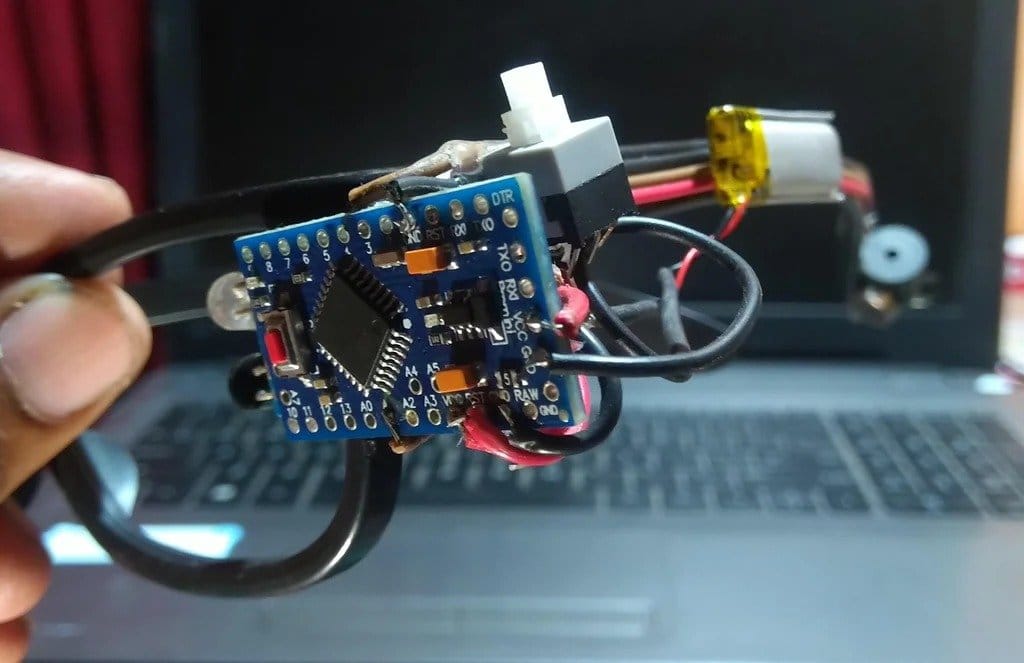 Before fixing the sensor it needs to be adjusted. The sensor response distance is not more than 10 mm.
Step three: programming
Arduino pro mini does not have a USB connector for programming and the master will program it with arduino uno. From the arduino uno board, you need to dismantle the AtMEGA328P, and then connect the arduino pro mini to the uno.
The connection is as follows:
Arduino UNO — Arduino Pro Mini
Vcc ——————————– Vcc
GND – —————————– GND
Rx —————- —————– Rx
Tx —————————- —— Tx
Rst ——————————— Rst
Once connected, connects the Arduino Uno to the computer using a USB cable. Copies the Arduino code and opens it in the Arduino ide. Goes to the tools menu, selects the Arduino Pro mini board, goes back to the tools menu and selects the COM port. Then he clicks the download button.
The code is very simple, it controls the delay in the buzzer after the sensor is triggered. 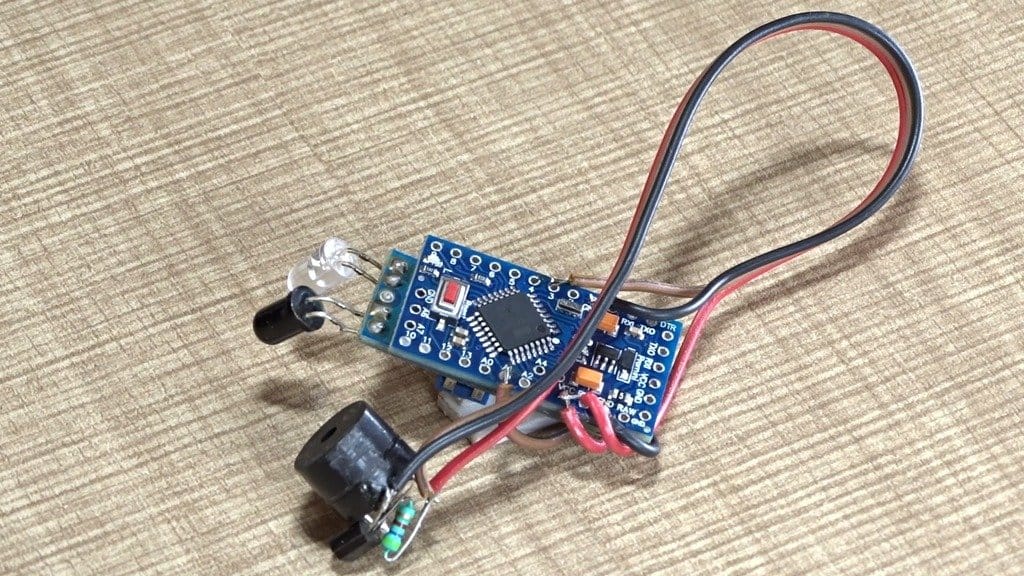 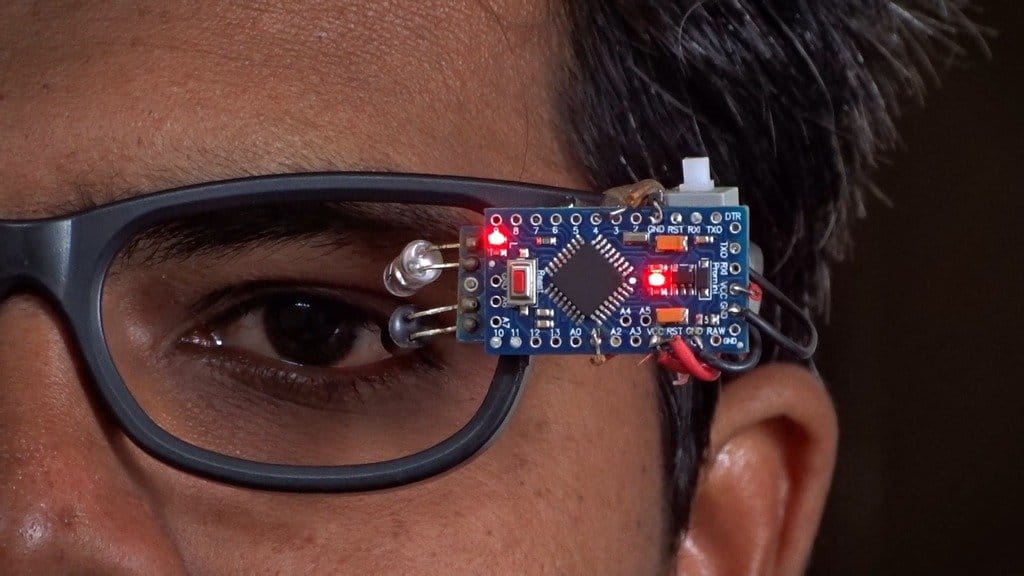 On the video you can watch a demonstration of the device and the complete assembly process.

Simple press based on a hydraulic jack