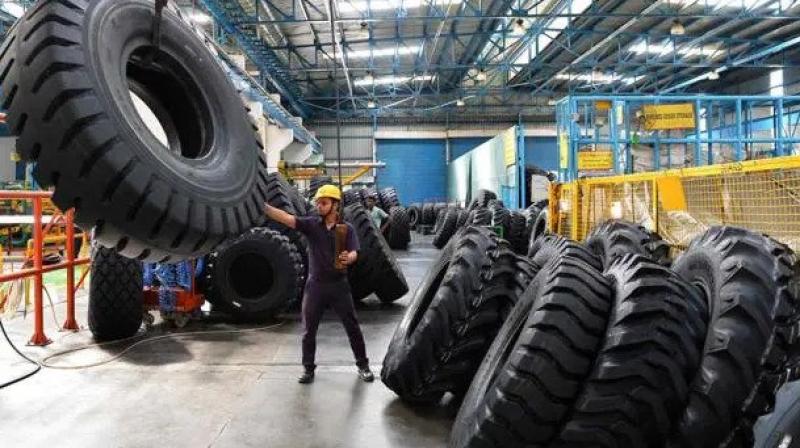 Chennai: Tyre-makers say the automotive industry is witnessing increased traction, but the tyre industry is unable to meet the demand due to a shortage of natural rubber. The industry has sought duty-free imports of rubber.

During the first quarter of the financial year, domestic natural rubber production could fulfill only 42 per cent of the total requirement. According to provisional figures, against a consumption of 3.01 lakh tonnes, rubber production stood at 1.27 lakh tonnes in the Q1 of FY22, said the Automotive Tyre Manufacturers Association (Atma).

Going forward, rubber consumption is expected to inch up further and the industry expects the annual demand to cross 13 lakh tonnes this fiscal. The Rubber Board has projected production of 7.9 lakh tonnes of rubber. Hence, the industry would need imports to the tune of at least 5 lakh tonnes, it said.
The Atma has urged the government to remove restrictions and allow duty-free imports of rubber to the extent of domestic deficit.

“In the second quarter a severe crunch is being witnessed while the rubber prices are shooting up. The paucity of rubber needs to be addressed at the earliest,” said Rajiv Budhraja, DG, Atma.

Baldoyle developer plans to sell 122 apartments for €46.4m to Council