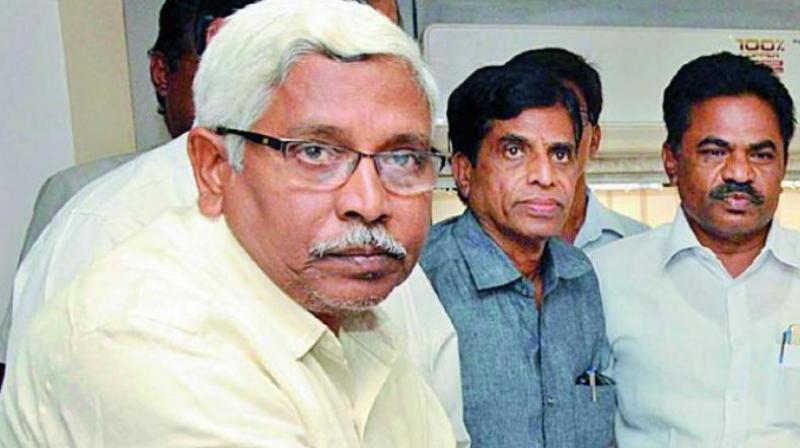 HYDERABAD: Even as byelection to the Huzurabad Assembly constituency are round the corner, several political parties are yet to get into poll groove. Many are undecided on whether to enter the fray or have a pre-poll truck with one party or the other.

Telugu Desam Telangana unit is showing least interest in contesting the election. A factor being attributed to this is that they do not have the right candidate and the double debacle in Huzurnagar and Nagarjunasagar, where its nominees lost deposit continues to haunt them. It is even more problematic with the exit of L Ramana, who was its most prominent face in the state.

Meanwhile, the party’s state president Bakkani Narasimhulu told Deccan Chronicle that they are taking opinions from local leaders. He said that the ruling party was threatening their party leaders and warning them against fighting the election. Narasimhulu made it clear that a final decision would be taken only after consulting TD president Nara Chandrababu Naidu.

The Telangana Jana Samiti (TJS), led by Prof. Kodandaram, is unclear although initially the party was keen to contest and give a chance to its leaders for their political elevation. Kodandaram said that they wanted to fight in order to expose the ruling party’s failures but would now leave the onus on district leaders.

The Left parties are also in confusion though CPI state secretary Chada Venkat Reddy belongs to erstwhile Karimnagar district and represented Indurthi Assembly constituency. It is likely that if there is a consensus for a united fight, they might go in with a common candidate or express their support to another party.

The Jana Sena party is also unsure about supporting BJP candidate Etala Rajendar or to field a candidate like in GHMC elections.  Party leaders said that there is no clarity from party chief Pawan Kalyan in this regard.

No deal with NSO, Pegasus: Ministry of Defence