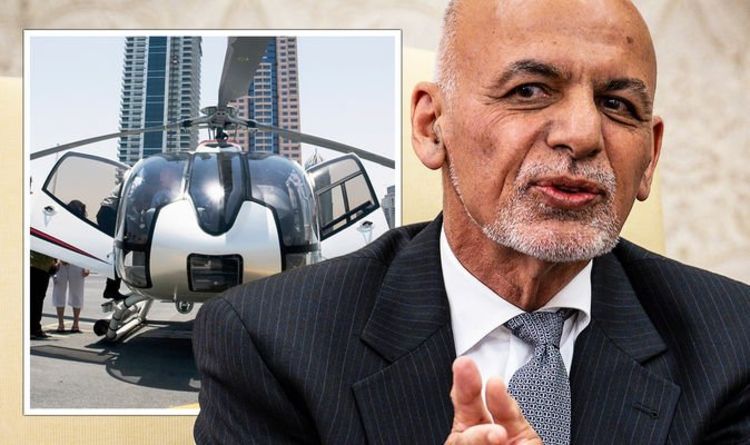 The ousted leader of the Western-backed government insisted that he fled his country to prevent “a flood of bloodshed.” Mr Ghani – derided as a Western-puppet by opponents – has since been given asylum in Dubai, in the United Arab Emirates.

Today it emerged that far from fleeing with just the clothes on his back, the politician stuffed as much as possible into his helicopter.

Mr Ghani reportedly flew to Tajikistan, but was diverted to Oman after officials refused permission to land, before travelling on to Dubai.

Speaking today, he revealed: “As for the collapse of the regime, it is most eloquently characterised by the way Ghani fled Afghanistan. 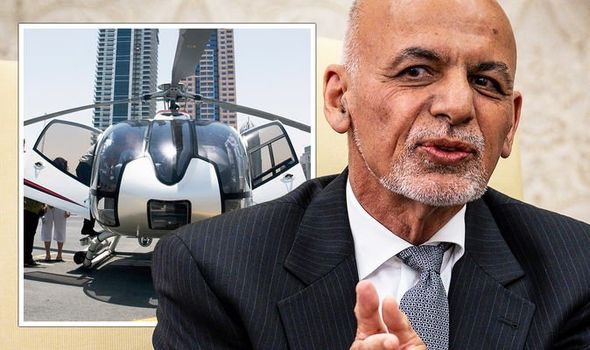 ‘Four cars were full of money, they tried to stuff another part of the money into a helicopter, but not all of it fit.

“And some of the money was left lying on the tarmac.”

In a statement released today, the UAE’s Foreign Ministry said: “The UAE Ministry of Foreign Affairs and International Cooperation can confirm that the UAE has welcomed President Ashraf Ghani and his family into the country on humanitarian grounds.”

Since being ousted from his position, Mr Ghani has said: “The Taliban have won with the judgment of their swords and guns, and are now responsible for the honor, property and self-preservation of their countrymen.

The news emerged as Vladimir Putin’s Russia appears to be extending on olive branch to the fledgling Taliban-led Government.

Mr Putin’s special representative on Afghanistan Zamir Kabulov revealed earlier that it was unclear how much money the fleeing government would leave behind.

Speaking on Moscow radio station Ekho Moskvy, he said: “I hope the government that has fled did not take all the money from the state budget.

It will be the bedrock of the budget if something is left.’

The Afghanistan embassy in Tajikistan has asked Interpol police to detain Ghani on charges of stealing public wealth.