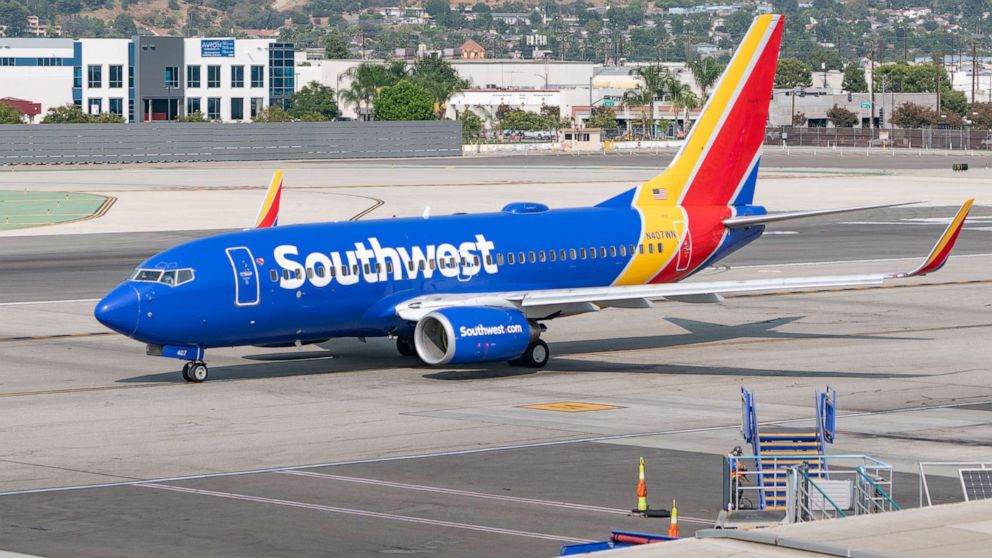 The first signs are emerging that the highly contagious delta variant of the coronavirus is dampening demand for air travel: cancelations are rising, while passenger loads and air fare are on the decline.

In its most recent financial filing, Southwest Airlines reported seeing a recent uptick in cancellations. The airline attributed them to the rise in COVID-19 cases as fears mount about the delta variant.

The airline projected the surge in cancelations to continue into September, a much more grim outlook than Southwest and most other major U.S. airlines had just three weeks ago.

“What we saw was that mid-July was one of our best booking weeks ever,” Hopper economist Adit Damodarn said, “so the domestic bookings were really strong in mid July, but on the domestic front we have seen bookings be pretty flat since then.”

“I think there’s a lot going on here that’s making people think twice about traveling,” Founder of crankyflier.com Brett Snyder told ABC News. “One of the big concerns for people going internationally is the chances of even if you’re vaccinated of getting an infection seem to be going up. It may not be severe, but it does mean that you might not be able to come back into the U.S. for some time just because of the testing requirement. So with that I think you’re scaring some people off. And then, of course, we have the just general concern about getting sick, going to places where there is more virus.”

“It is up about 33% since early July,” Damodarn said. “So I think what we’re seeing here is a little bit of hesitancy, maybe, from users traveling.”

And the airlines’ prices are already starting to reflect the halt in demand recovery.

Average air travel booking prices, before fees, are currently down $76 from the end of June, according to travel itinerary app TripIt.

“We’re seeing a significant drop in domestic and international airfare,” Damodarn said. “It’s a little bit more than the seasonality that we have seen in prior years, and so that would suggest to us that there’s both the seasonal variation coming off the peak summer travel season, as well as the impact of the delta variant.”