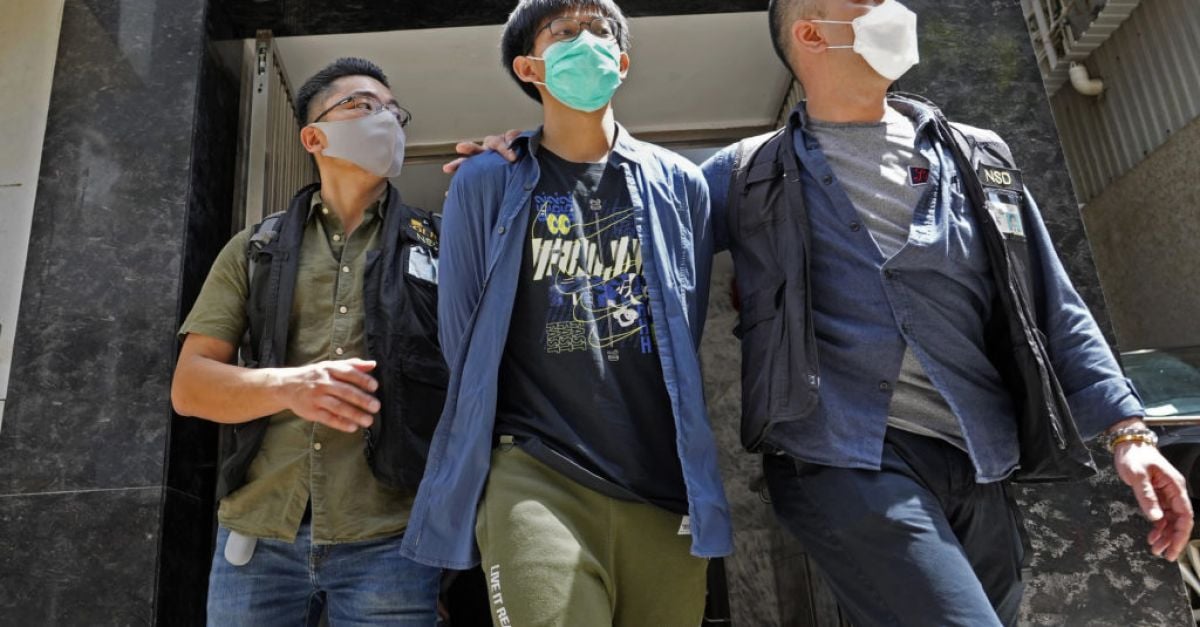 Four members of a Hong Kong university student union were arrested for allegedly advocating terrorism by paying tribute to a person who stabbed a police officer and then killed himself, police said.

Police arrested four men between 18 and 20 years old who were committee members and members of the student council at the University of Hong Kong, said Li Kwai-wah, senior superintendent of the police national security division.

He said the arrests were in relation to a council meeting that “promoted terrorism”.

Those arrested included the president and council chairman, who were among more than 30 students who attended a meeting last month at which they passed a motion to mourn the “sacrifice” of the attacker, local media reported.

The arrests are the latest use of a strict national security law that Beijing imposed on semi-autonomous Hong Kong last year after months of anti-government protests in 2019. The demonstrations often led to clashes between demonstrators and police.

Authorities have said the man who stabbed the police officer in the shoulder on July 1 before killing himself had material in his home decrying the national security law as well as notes in which he declared his hatred for the police.

Police previously cautioned people against mourning the attacker, saying it was “no different from supporting terrorism”.

The student union withdrew its motion mourning the attacker after facing criticism from the government and the university and some union members quit.

The university responded by severing ties with the union.

Mr Li said the four arrested on Wednesday were still in custody.

More than 100 pro-democracy activists have been arrested under the national security law, which outlaws subversion, secession, terrorism and foreign collusion to interfere in the city’s affairs.

Critics say the law has been used to stifle dissent and restrict freedoms Hong Kong was promised it could maintain for 50 years following its 1997 handover to China.