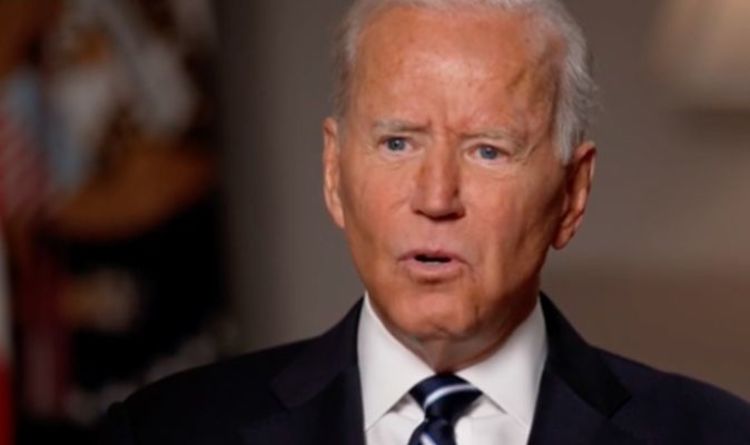 The US President, in an interview with ABC News’ George Stephanopoulos, said: “The idea that somehow, there’s a way to have gotten out without chaos ensuing, I don’t know how that happens.”

Mr Stephanopoulos then asked President Biden: “So for you, that was always priced into the decision?”

He soon, however, altered his answer to say: “Now exactly what happened, I’ve not priced in.

“But I knew that they’re going to have an enormous.

“Look, one of the things we didn’t know is what the Taliban would do in terms of trying to keep people from getting out.

“What they would do. What are they doing now? They’re cooperating, letting American citizens get out, American personnel get out, embassies get out, etcetera, but they’re having – we’re having some more difficulty having those who helped us when we were in there.”

Earlier in the exclusive interview, Stephanopoulos pushed the President on shocking images emerging from the capital, Kabul.

The ex-White House communications director asked Biden: “When you look at what has happened over the last week, was it a failure of intelligence, planning, execution or judgement?”

The President responded: “Look I don’t think it was a failure. Look it was a simple choice, George.”

But Biden went on to explain how dire the situation had become in the region following President Ghani’s decision to enter exile and the collapse of the Afghan army.

The 46th President also snapped back against Stephanopoulos when the ABC News anchor asked for his thoughts on the images of distressed Afghans clambering onboard a C-17 cargo plane.

Biden responded: “That was four days ago, five days ago!”