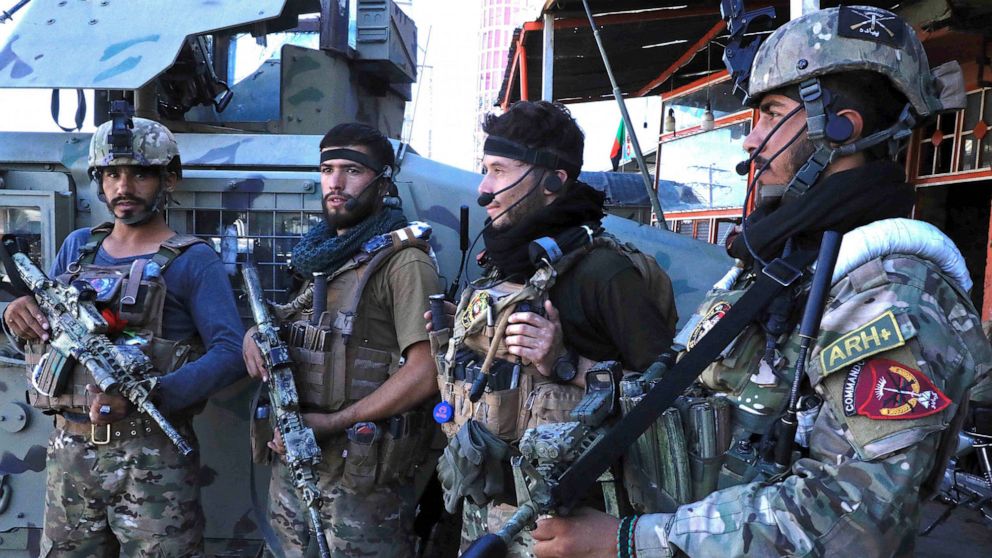 As Taliban forces advance on more provincial capitals, the U.S. is warning that its fighters are committing atrocities that could amount to war crimes.

The State Department will also begin reducing its staff levels at the U.S. Embassy in Kabul, due to the “evolving security situation,” State Department Spokesman Ned Price said Thursday. To facilitate this decision, the Pentagon “will temporarily deploy additional personnel to Hamid Karzai International Airport.”

The U.S. Embassy in Kabul has also urged Americans to evacuate Afghanistan immediately, amid fears that the capital could fall into Taliban hands in a matter of weeks.

A military analysis said the city could be isolated in 30 to 60 days and be captured in 90 days, a U.S. official told ABC News, but that timeline seemed even more accelerated Thursday as the Taliban claimed Herat, Afghanistan’s third-largest city.

While the Taliban have previously denied reports that its fighters have executed Afghan troops, the U.S. embassy said Thursday it was “hearing additional reports of Taliban executions of surrendering Afghan troops” and said they were “deeply disturbing and could constitute war crimes.”

Extrajudicial killings are a war crime according to international law.

In addition, the Taliban have detained “several members of the Afghan government, including both civilian leaders and officers of the Afghan National Defense and Security Forces … in several locations,” the embassy said in a statement Thursday.

Those arrests “contradict the Taliban’s claim to support a negotiated settlement” and “contrast the Taliban’s own rhetoric providing for the safety of Afghan leaders and troops in areas recently seized by the Taliban,” the embassy added.

Critics have condemned the Biden administration for putting any stock in what Taliban leaders say or do in Doha, Qatar, where the militant group’s political leadership is based. Negotiations there with the Afghan government have been all but dead since they launched last September, but U.S. envoy Zalmay Khalilzad is there this week in a last-ditch effort to revitalize them.

Khalilzad was meeting separately with Taliban and Afghan government negotiators Thursday, according to a State Department spokesperson.

But critics said the administration should not put faith in a group that the U.S. says is actively committing atrocities.

Secretary of State Antony Blinken told ABC News those reported atrocities were “deeply, deeply troubling,” but the administration has not taken any action to punish the group for them.

The Taliban have previously denied reports that they have killed Afghan troops — but CNN obtained video last month showing 22 Afghan commandos being executed after they’d surrendered.

State Department spokesperson Ned Price said Tuesday that the administration has “not taken any tool off the table except for this military presence on the ground,” but would use them “if it’s appropriate.”

It’s unlikely that the tools Price referenced — including U.S. sanctions — would have any impact at this point.

In the meantime, the U.S. Embassy issued its second alert to urge all American citizens left in Afghanistan to immediately evacuate the country.

“Given the security conditions and reduced staffing, the Embassy’s ability to assist U.S. citizens in Afghanistan is extremely limited even within Kabul,” the embassy said in its alert.

Just like in a similar alert Saturday, the embassy reiterated Thursday that U.S. citizens should enroll in its emergency notification system “in the event of a future official evacuation flight.”