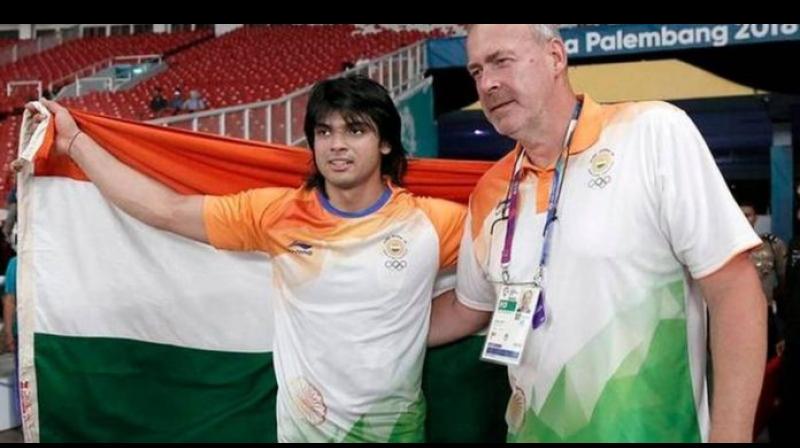 India couldn’t have asked for a better Independence Day gift, especially after our athletes gave India’s best Olympic performance ever, with 7 medals, at the recently concluded Tokyo Olympics. Apart from bringing glory to the country, these medal winners have also heralded a new dawn for the Indian sports.
While it is rare to see a successful sportstar turn a proficient coach, it is even rarer to see them give the sport a meaningful makeover by nurturing talent and getting players in the quest for medals.

As much as we appreciate the athletes’ wins, it’s equally important to recognise the efforts of coaches who have been a vital source of support and encouragement throughout an athlete’s career. And what better time than the Independence Day to turn the spotlight on the men who were behind these medallists.

‘Medal win significant in my mentorship ’

While the world has witnessed an emotional P.V. Sindhu’s loud shriek soon after her bronze medal win against China’s He Bing Jiao in Badminton women’s singles at the Tokyo Olympics on Sunday, there was a louder scream of joy by an even more emotional Park Tae-Sang, Sindhu’s coach, outside the court.
He tells us why Sindhu’s win was such an important moment in his leadership career. “It’s a big moment for my teaching life because I’ve never won an Olympic medal, so I can tell you that this incredible win was a result of hard work and training,” says the 42-year-old.

Park took over as Sindhu’s coach towards the end of 2019 with a clear vision of helping her win a medal at Tokyo 2020. Ever since, he has been constantly working on all the aspects of her game. “When I took over as a coach, I wanted to understand Sindhu’s technique. Although she had a great one, both of us worked towards fine-tuning the growth of the all-round aspects of her game,” he points out.

By the looks of it, Park Tae-Sang had a calming influence on Sindhu, which may even have been evident during her bronze medal outing where both the coach and the ward had eye-to-contact on the court constantly.

Vijay Sharma, Mirabhai Chanu’s coach, who was also the coach of the Indian weightlifting team back in the 2016 Rio Olympics says that the failures in that season taught him a lot. He further adds that he had realised a lot of things have to be changed in training.

“We made a few minor errors back then and it cost us dearly,” he shares, adding that since then they have doubled the efforts. “For the last five years, Mira has been training rigorously. We have altered our techniques and training strategies. The result was for everyone to see when Mira won Gold in 2017 in the World Weightlifting Championships. We haven’t looked back since,” says Vijay.

Vijay, who had been training Mira since 2016 explains that Mira’s statistics improved across every championship she took part and that she carried the same confidence into the Tokyo Olympics.

“Both Mira and I were under pressure because of Rio Olympics failure. But we constantly kept discussing a lot and reviewed our training programme from time to time, depending upon the workload. Since the results were positive, we believed and backed ourselves in the Tokyo Olympics,” states Vijay who reveals that Mira practiced for over 6 hours a day.

“The high-intensity training depends on the workload she was handling and the recovery period for an injury,” he elaborates. With Mira’s Olympics medal win, Vijay’s lifetime dream has been fulfilled. “Mira’s silver medal win only proves that your perseverance will definitely pay off,” adds the coach modestly.

While getting to be an Olympian is itself a task, it takes a whole lot more to win a medal at the quadrilateral global event. Coach Mohammed Ali Qamar, the man behind Lovlina Borgohain winning the bronze medal, recalls his challenging times during the training sessions.

“The second wave of COVID-19 badly hit our preparatory camps in Delhi, with 21 members from the camp testing positive. It was so depressing. But we moved our camp to Pune, and then later to Italy,” recounts Ali Qamar, but not forgetting to point out that the training in Italy just before the Olympics got Lovlina the right boost.

“We saw how competitors were preparing for the biggest event. She underwent high-intensity programme with good sparring partners who are also an important part of the preparation,” says the coach, also pointing to another aspect, apart from physical preparation, that needs to be worked on for the competitors — mental strength.

“All boxers are physically fit and strong technically but emotionally we are down, so we had hired around three psychological trainers with us who would help constantly motivate athletes and keep them on a high,” he says, adding that player’s physiological state is critical before a match.

Ali Qamar further adds that the exposure players  get when they train alongside the best is incredible. It teaches you to handle pressure and focus only on the bouts and the sparring partner. That’s what Italy’s training taught Lovlina and, perhaps even, helped her win the medal,” says Ali Qamar.

The Indian men’s hockey team clinched its first Olympic medal in 41 years, after it beat Germany 5-4 in a mail-biting match. The team’s coach Graham Reid, who has been the man behind this historic win, says that he is ecstatic to be part of the sport’s revival in India.

He further points out that the efforts that were invested in knowing the players over the last year has come in handy. “Spending considerable time and being with the team is one of the most important aspects in building a cohesive unit. I am glad we all got to know each other well,” says Graham Reid.

The 57-year-old further stated that he had picked the side according to innovation, exuberance, and agility. Pointing out that the signature of this team has been their ability to come back from any corner, the seasoned coach remembers scarifies made by the players.

“Winning a medal is a fantastic feeling but it has come after a lot of sacrifices the boys have made. They have been away from the family while constantly focusing on the game and a few even battled COVID-19, so they went through challenging times,” points out an elated Graham.

A spirited show by the Indians

Bajrang Punia has been performing quite consistently in the international circuit, first winning the Asian Games gold medal in 2018 and then a bronze medal at the 2019 World Wrestling Championship. Under the guidance of Shako Bentinidis (three-time Olympian), Bajrang has been training in Russia, and his considerable improvement under Shako has been quite evident.

Shako was even quite vocal during Bajrang’s bouts at the Olympic Games, guiding and instructing him during difficult situations. It’s a credit to Shako that despite Bajrang being outplayed in the semi-final by Haji Aliyev of Russia, he was able to get Bajrang to quickly refocus and prepare for the third-place bout against Niyazbekov of Kazakhstan.

“Ravi Dahiya, the Indian freestyle wrestler who won a silver medal at the 2020 Tokyo Olympics in the 57 kg category, trained under Kamal Malikov in Russia for the final phase before the Olympics. Malikov, who has won medals in prominent events such as the World Cup, has worked as a coach in Russia, Poland and Tunisia. An expert and young coach, Malikov was able to guide Ravi at his first Olympic Games. It was a great credit to Ravi that despite trailing 9–2 at one stage in the semi-final, he was able to turn around the bout. Malikov’s never-say-die attitude evidently reflected in Ravi’s performance.                                       —    Asit Kumar Saha, Vice-President Wrestling Federation of India (WFI), Coach Under FLA (Iran)

Winners and losers from opening round of Premier League season