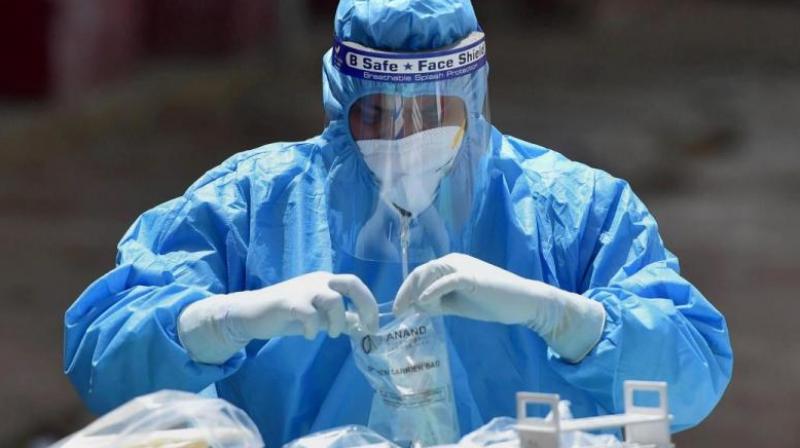 Chennai: An Indian Council of Medical Research (ICMR) study conducted in Chennai has found that the Delta variant has the potential to infect both vaccinated and unvaccinated individuals, but it reduces mortality among the former group.

According to a study published in the Journal of Infection on August 17 and approved by the Institutional Ethics Committee of ICMR- National Institute of Epidemiology, Chennai indicates that the prevalence of the Delta variant or B.1.617.2 was not different between the vaccinated and un-vaccinated groups.

"B.1.617.2 has the potential to infect both vaccinated and un-vaccinated individuals. However, the progression of illness seems to be prevented by vaccination. Therefore, non-pharmaceutical interventions must continue to slow down the transmission. Additionally, the pace and scale of vaccination have to be increased to mitigate the further waves of the pandemic," the report read.

"Systematic genomic surveillance must be carried out to monitor the emergence of newer variants and assess their capacity to evade infection/vaccine-induced immunity," it added.

The report also quoted other studies that have reported a reduction in neutralisation among Covishield and Covaxin vaccine beneficiaries after infection with the Delta variant.

"India experienced a severe second wave of SARS-CoV-2 infections during the months of April and May 2021. COVID-19 vaccination with BBV152 vaccine (Covaxin; Bharat Biotech) and ChAdOx1 nCoV-19 (Covishield, Serum Institute of India) was started in the country in January 2021, targeting healthcare workers in the first phase and later expanded to include adult population groups. Breakthrough infections following vaccination have been reported in India," the report said.

"Breakthrough infections could be due to the emergence of newer mutant strains capable of escaping the host immune response," it added.

According to the report, Chennai was one of the worst affected cities during the second wave of Covid-19 in India with nearly 6000 cases reported daily during the first three weeks of May 2021, despite a high seroprevalence of around 45 per cent estimated during October-November 2020.

The study included patients from three triaging centres in Chennai.

And the findings indicate that out of the 3,790 people who visited the triage centres between the first week of May, 373 reported receiving at least one dose of vaccine 14 days prior to their Covid-19 positive diagnosis. The remaining 3,417 were unvaccinated.

However, according to the report, no deaths were reported in the fully vaccinated group, whereas three partially vaccinated (patients) and seven un-vaccinated patients died.

The study enrolled 354 (94.9 per cent) of the 373 in the vaccinated group. Out of these 241 people had taken one dose or were partially vaccinated and 113 had taken two doses or were fully vaccinated.

The study, however, could not follow up around 5 per cent of the study participants.