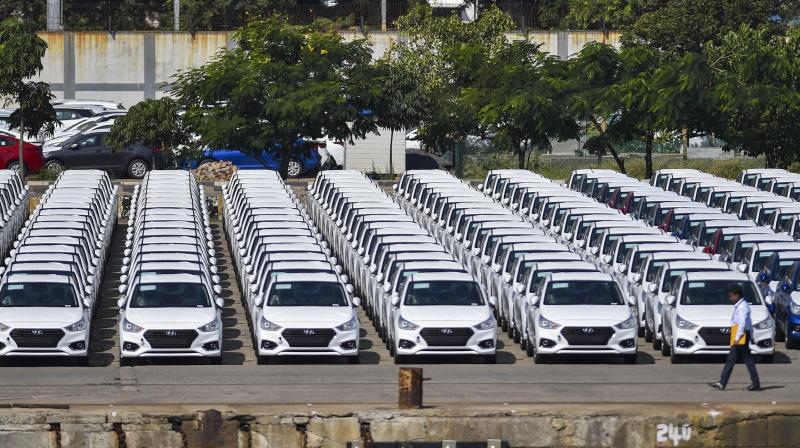 Pune: Automakers are gearing up for the festival season with a vengeance with a slew of launches to entice customers with more choices to meet the pent-up demand and personal mobility need post-Covid.

Tata Tigor EV with Ziptron powertrain technology has been announced following the launch of Nexon EV last year. The new EV can be booked from Tata dealerships at Rs 21,000.  The pricing will be revealed on August 31 on its launch.

Honda launched the 2021 Amaze sub-compact sed-an priced between Rs 6.32 lakh and Rs 11.15 lakh at Delhi showroom. It comes with a redesigned exterior and cosmetic changes inside the cabin.

The new Honda Amaze will be offered in three variants, which include E, S, VX trims. The S and VX variants in petrol will come with CVT automatic gearbox. The diesel CVT engine will be available only for the VX trim.

Volkswagen started production and also opened the pre-bookings for the Taigun SUV. The new SUV will be placed in the compact SUV segment with competitors such as Hyundai Creta, Kia Seltos and even its own sibling the Skoda Kushaq. The new car is built on the MQB A0 IN platform.

Volkswagen, which rolled out the first Taigun from its Chakan plant in Pune on Wednesday, will start deliveries in Sept-ember. The Taigun can be pre-booked from Volks-wagen online and retail platforms for Rs 25,000.

MG Motor, owned by Chinese SAIC Motor Corp, unveiled the new MG Astor SUV, which is equipped with a personal AI and Autonomous Level 2 Driver Assistance, both of which will be novel features in India. It will be launched in September.

“This will be our fourth car, after SUVs like Hector, Gloster and the ZS electric vehicle and the software will be a big differentiator to set a benchmark in the industry,” Gaurav Gupta, chief commercial officer at MG Motor India told FC.

Mastercard to phase out magnetic strips on cards by 2033