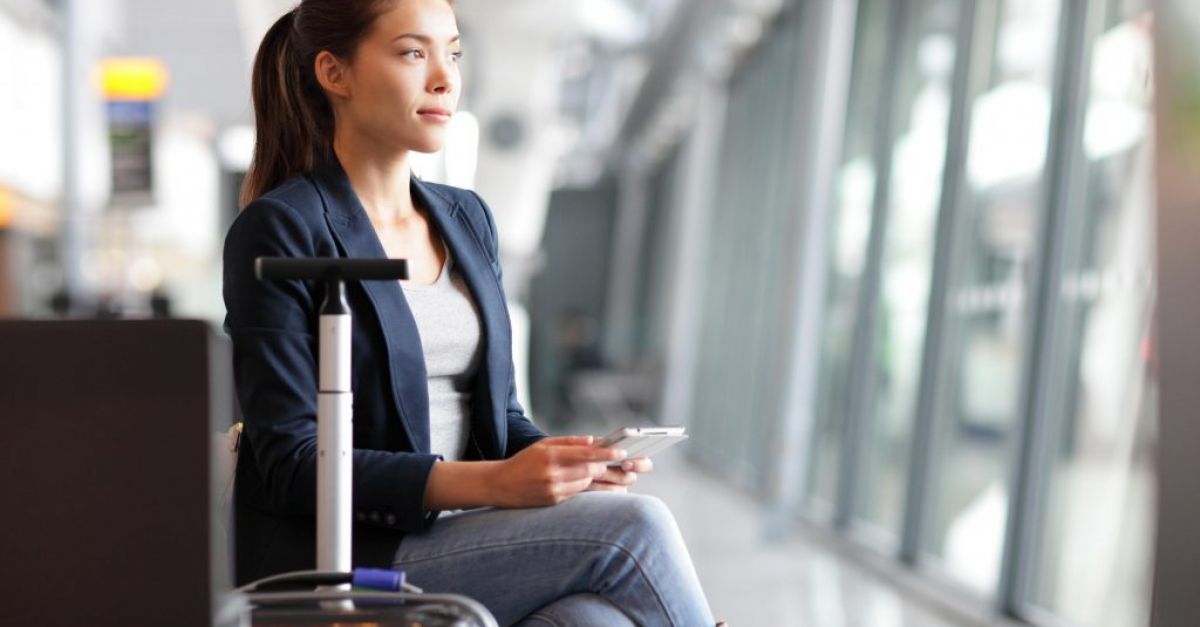 Travis Barker, who survived a plane crash in which four people died, has flown for the first time since the 2008 accident, praising girlfriend Kourtney Kardashian for helping him overcome his fear.

“With you anything is possible,” the Blink-182 drummer, 45, wrote on Twitter next to a photo of the couple embracing beside a private jet. Together, they flew to Mexico.

It’s not surprising that, after a near-death experience, it took Barker 13 years to step foot on a plane. But why do some people who haven’t been in accidents still have a phobia of flying?

Sophie Fletcher, a leading UK hypnotherapist and author of Mindful Menopause says: “With people who’ve been in plane crashes, it’s obvious they’re going to be frightened of getting on the plane. But that’s very rare to have that experience – most people’s fear of flying is imagined.”

She continues: “For some people, it may be that they’ve been on a plane and experienced turbulence, or the oxygen masks might have come down, so that can be something that could trigger fear of flying.

“It may be as a child – if you’ve been flying with an adult who was frightened, you can pick up that fear. People who loved flying can suddenly develop a fear of flying when they’re quite a bit older. Also when people have children, suddenly they’ve got dependents which creates anxiety around flying as well.”

Being unable to take flights means your holiday options are limited and you might miss out on seeing friends or family who live far away. So how can you conquer your aviophobia?

Set yourself a goal

You don’t have get to a point where you’re excited about embarking on a long-haul flight. You just need to minimise your anxiety to the point where you can get through the journey and achieve your aim.

“I think most people want to be able to get on a plane, that’s their goal,” says Fletcher. “Very few people come in and say to me, ‘I want to really love flying again’. That might happen, ultimately, but usually the goal is to be able to get on the plane, go and see a relative, go on a trip of a lifetime.”

If your fear is on the mild side, you might be able to research and learn self-help techniques to reduce your anxiety to a manageable level.

Fletcher says: “You can do it on your own. You can read up on safety and things like that. And you can learn self-hypnosis techniques, you can learn calming techniques. You don’t have to go to a therapist.”

However,  those with a more extreme phobia or who do not know the cause of their problem might benefit from professional help, she adds: “If you don’t know where your fear is coming from, then sometimes a therapist can help unlock that and get to the root of the issue.”

Focus on the positives

Visualisation can be a powerful tool to help stop negative thoughts spiralling.

Fletcher advises: “If you’re going to visit a relative that you haven’t seen for a long time, really picture it, like a film in your head. Imagine seeing that person. It’s like developing the positive parts, so they’re more powerful than the negative parts.”

You might want to ask yourself: what do you enjoy about travelling? “Switch your focus to what you enjoy about flying, especially if you’re someone who’s developed a fear of flying later in life. For lots of people it’s about the adventure, being able to travel and see the world. Those can be really positive things to focus on.”

Think about what you’re missing

Similarly, you could try visualising the future and how you’d feel if you didn’t board that plane.

“[Imagine] maybe 20 or 30 years ahead, looking back and thinking of all these opportunities you might have missed,” Fletcher says. “What would the older you tell yourself now?”

If you don’t feel able to tackle your phobia yourself, you may want to try something like hypnotherapy, which investigates the root cause of your fear and gives you techniques to manage it.

“We go right back to the moment when the fear starts to rise,” Fletcher explains. “That might be booking the tickets. You bring the level of fear down at each of those stages to a manageable level, that might be about one or two on a scale of 10.

“I give clients self-soothing techniques. They might have audio tracks that they will listen to before they get on the plane. We create ‘anchors’ as well, positive associations to use on the plane.”

And it’s unlikely you’ll need weeks and weeks of therapy, Fletcher says: “It can be it can be really, really quick. I would never work with someone longer than a couple of sessions, three at the most really.

“One person I saw, it was her dream to go to Australia, and she was terrified – she couldn’t even book the ticket she was so frightened. We did two sessions, then she booked the ticket, had a great flight, messaged me from Australia and said it was wonderful.”