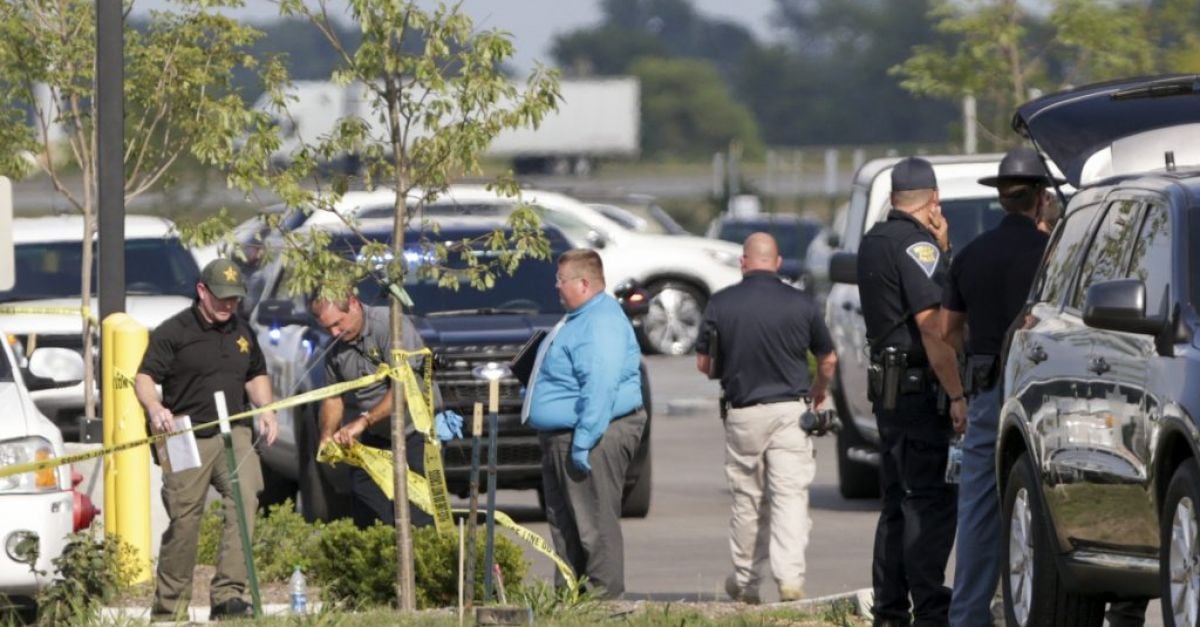 A woman and her granddaughter were shot dead after a gunman opened fire outside an automotive factory in central Indiana where the trio worked.

The shooting happened during a shift change in the parking lot of the NHK Seating of America plant on Indiana 28 at Interstate 65 near Frankfort, some 45 miles north of Indianapolis, according to authorities.

The suspect fled the scene in a blue Ford, and a high-speed police chase ensued on Indiana 28 toward Frankfort where the suspect crashed his car in a construction zone and was arrested without further incident, Sheriff Rich Kelly told reporters.

The sheriff said co-workers identified the suspect as Gary Ferrell II, 26, of Frankfort, who worked the day shift at the plant, and said he remained in custody pending charges.

“We were able to get him stopped within probably 45 seconds to a minute of him leaving the facility,” Mr Kelly told reporters.

Those killed were named as co-workers Promise Mays, 21. and her grandmother, Pamela Sled, 62, both of nearby Rossville, who were arriving for the beginning of their evening shifts, Mr Kelly said.

No motive had been determined, and it was not yet known if the women were targeted or victims of a random attack, he added.

The plant, which designs and makes seating for vehicles, opened in June and Mr Kelly said it would shut down production for the day after the shooting.