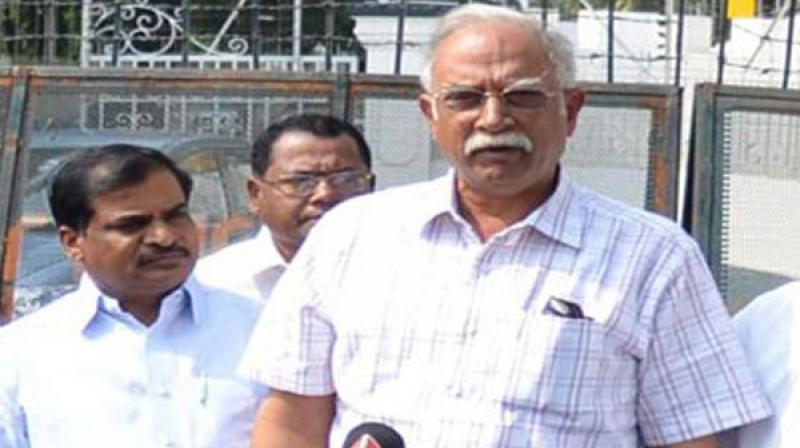 In his letter, he maintained that he has been going through mental trauma due to recent developments at the MANSAS Trust. He has been unable to perform his duties properly due to lack of adequate staff. Those available lack knowledge in day-to-day office administration and looking after land issues.

Under the circumstances, Venkateswara Rao wanted his deputation order to Endowment Department withdrawn, so that he could return to his parent department.

The EO has been in constant row with MANSAS chairman P. Ashok Gajapati Raju, former union civil aviation minister, ever since AP High Court reinstated Gajapati Raju to the chairman’s post. The officer has not met him so far.

Employees of the trust have also filed a complaint against the EO with police for Covid-19 inappropriate behaviour when they stormed his office demanding salaries.

Ashok Gajapati Raju has objected to Venkateswara Rao as well as executive officer of Simhachala Devasthanam M. V. Suryakala for not being present when he took over the two posts following High Court orders.

Suryakala, however, called on the trust chairman last Saturday and patched up. This is after Ashok Gajapati Raju gained full control over MANSAS and Simhachalam.

Are Democrats going to Benghazi Biden?