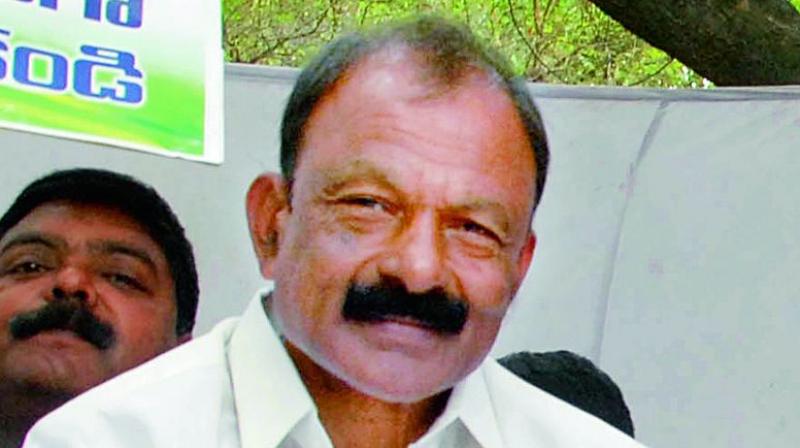 ANANTAPUR: Interestingly, the Kallur Subbarao Bhavan, known more as the Anantapur District Congress Committee (DCC) office building and located close to the district headquarters, has no trustee. Most trustees have, over the years, quit the Congress and joined the TD and the YSRC in the district.

At present, the trust has only a president no member from the party.

Raghuveera Reddy, former APCC chief, who is inactive in politics and keeps away from the Congress, continues as the trust chairman. Senior leaders like Diwakar Reddy, Prabhakar Reddy, Anantavenkatrami Reddy and G Thippeswamy were trustees during the construction of the building.

Over the years, most of the trust members quit the Congress party and shifted to other parties.

The DCC office building was named after freedom fighter Padmasree Kalluru Subba Rao from Rayalaseema. He had donated valuable land for construction of the party office.

However, the trust was formed when Raghuveera Reddy was the Anantapur DCC president in 1993. He was the chairman and membership in the trust was given to those who paid about Rs 5 lakh.

The trust was to run the activities of the Bhavan by collecting rent from the ground floor commercial shops.

Sources said the trust has no new member while a group of party leaders took care of the rents. No one other than Congress members can be part of the trut as per its bylaws. Those who quit the party automatically lost the trust membership.

Are Democrats going to Benghazi Biden?