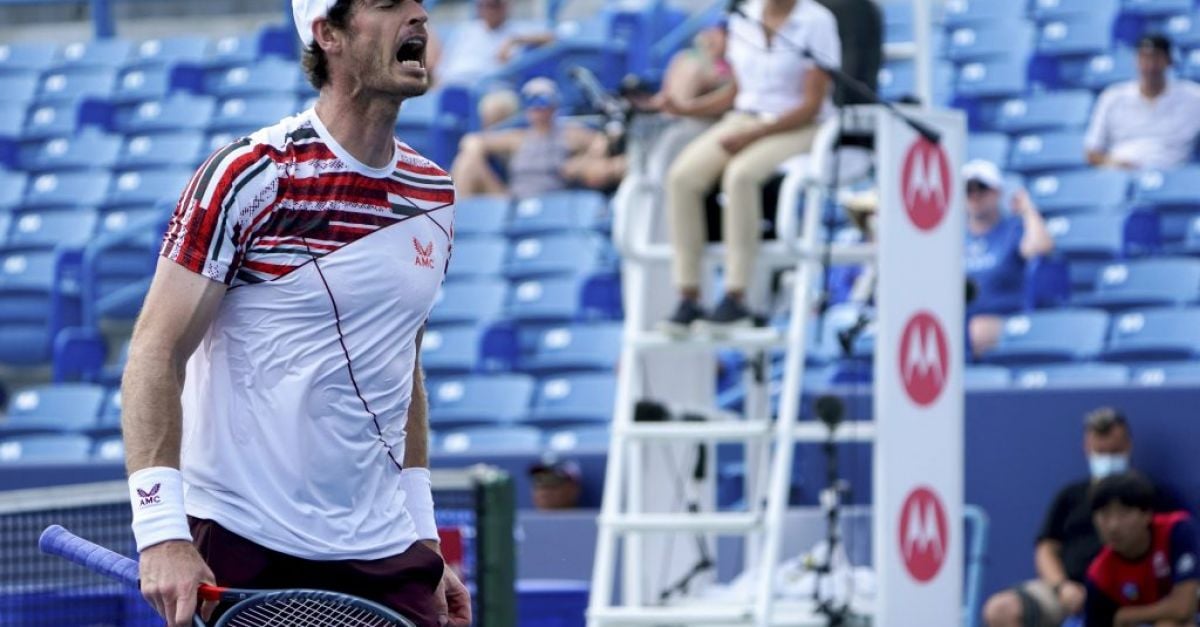 Andy Murray was knocked out of the Cincinnati Masters in straight sets by world number 13 Hubert Hurkacz.

Murray, who has won the tournament twice, went into the match fresh from his first singles victory since withdrawing from the men’s singles event at the Olympics in the first round, only to fall 7-6 (4) 6-3 against the Pole.

In the opening round, Murray had beaten former world number seven Richard Gasquet in straight sets, but he was unable to find the same momentum against 24-year-old Hurkacz.

It was a difficult game for Murray, with just 52 per cent of his first serves accurate compared to 71 per cent from Hurkacz.

Murray also made some uncharacteristic errors, including three double faults, although he did manage to save four out of six break points.

The tournament was a warm-up event after he was added to the US Open main draw via a wildcard.

Despite the defeat, Murray was satisfied with his time in Cincinnati.

“I thought this week was fairly positive,” the 34-year-old said.

“I think I played much better this week than during Wimbledon or during the grass-court season.

“So I guess the two issues for me are one, my body doesn’t feel good and that is something that will influence my future, and if after competing for a number of months if my tennis is going backwards then that would be another sign for me that things are not how I would like them to be. But I don’t see this week as going backwards.

“My body felt good. The American hard courts are not easy on the body and physically I was a little bit tired after some of the longer rallies, but in terms of the pain and discomfort my body was really good.

“My tennis was better than at Wimbledon. It’s still not how I would like it but it’s difficult when you play against a lot of these guys now with big serves and you don’t get too many opportunities. That’s where the lack of matches can hurt you, because there’s not loads of rhythm out there, and you know you’re not going to get that many chances.

“You know usually a few years ago I would be taking those chances at the end of the first set and today I didn’t and it will cost you against the guys who are serving big because you don’t get too many opportunities.”