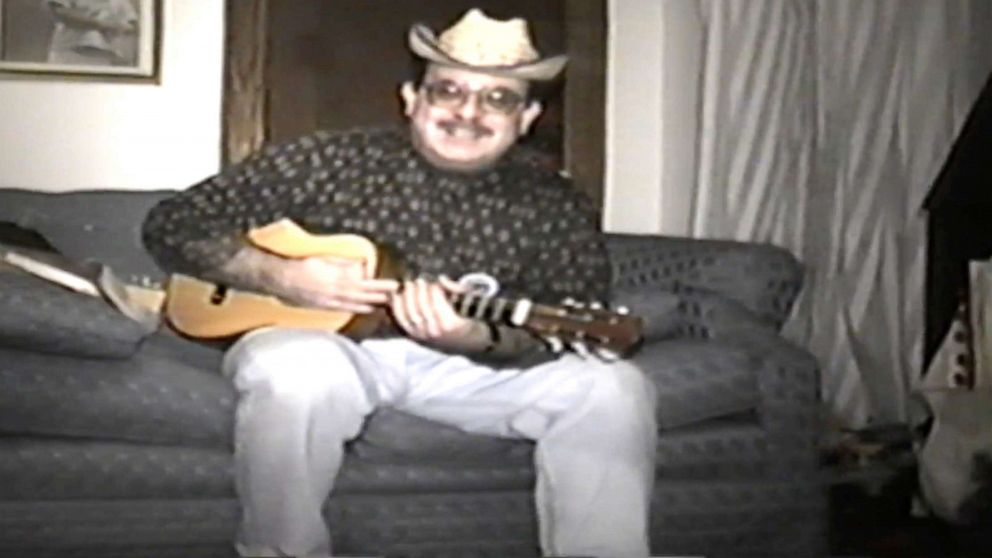 This report is part of Season 2 of the ABC News podcast, “Have You Seen This Man?,” hosted by “The View’s” Sunny Hostin. It follows the U.S. Marshals’ ongoing mission to find John Ruffo, who engineered one of the most outlandish frauds in U.S. history, vanished in 1998 and has never been found. A four-part Hulu Original limited series on the global search for Ruffo is currently in production from ABC News Longform. MORE HERE

A former employee of convicted swindler John Ruffo has come forward with a rare home video showing the wanted fugitive before he disappeared more than 20 years ago.

The VHS video recording, which was filmed in 1995, shows Ruffo talking and strumming a guitar while socializing at the home of Jodylynn Bachiman, a family friend who worked for Ruffo as an office assistant at his New York City computer firm in the 90s.

The U.S. Marshals, who have been hunting Ruffo for almost three decades, say the video shows Ruffo at a time when he was committing one of the largest bank frauds in U.S. history.

The Marshals’ manhunt for Ruffo is the subject of a new season of the ABC News podcast, “Have You Seen This Man.” The podcast tells the story of his swindle and tracks the global search for Ruffo, which has been re-invigorated in recent months as the Marshals have followed new leads in the decades-old case.

Ruffo was arrested in 1996 after authorities say he negotiated more than $350 million in loans for a bogus business project. He pleaded guilty to a raft of federal charges in 1998 and received a 17-year sentence. But on the day he was scheduled to report to prison, he vanished.

The Marshals consider the newly uncovered video recording of Ruffo to be significant, even if it comes from before his escape, because it offers a rare chance to see and hear the man who now sits on the agency’s Top 15 Most Wanted list. The only other known videos of Ruffo do not include his talking at length, according to the Marshals.

Senior inspector Chris Leuer, who is overseeing the case with Deputy U.S. Marshal Danielle Shimchick, told ABC News, “a home video is something we rarely receive.”

“It can provide us with a ton of information about our fugitive as their guard isn’t up,” Leuer said. It’s just them acting normal in a safe environment.”

Bachiman said she found the video while searching through old belongings.

“[Ruffo] would always come over and play the guitar. Always. And my son loved it,” she said.

Bachiman spent several years working for Ruffo’s firm. She was arrested in 1996 when the FBI first exposed the scheme, but was later cleared of any charges or allegations of wrongdoing.

“Now looking back, it’s traumatic,” Bachiman said, of that time. “It haunts you no matter how much time goes by.”

US warns of new outbreak of Polio-like illness in children later this year: CDC