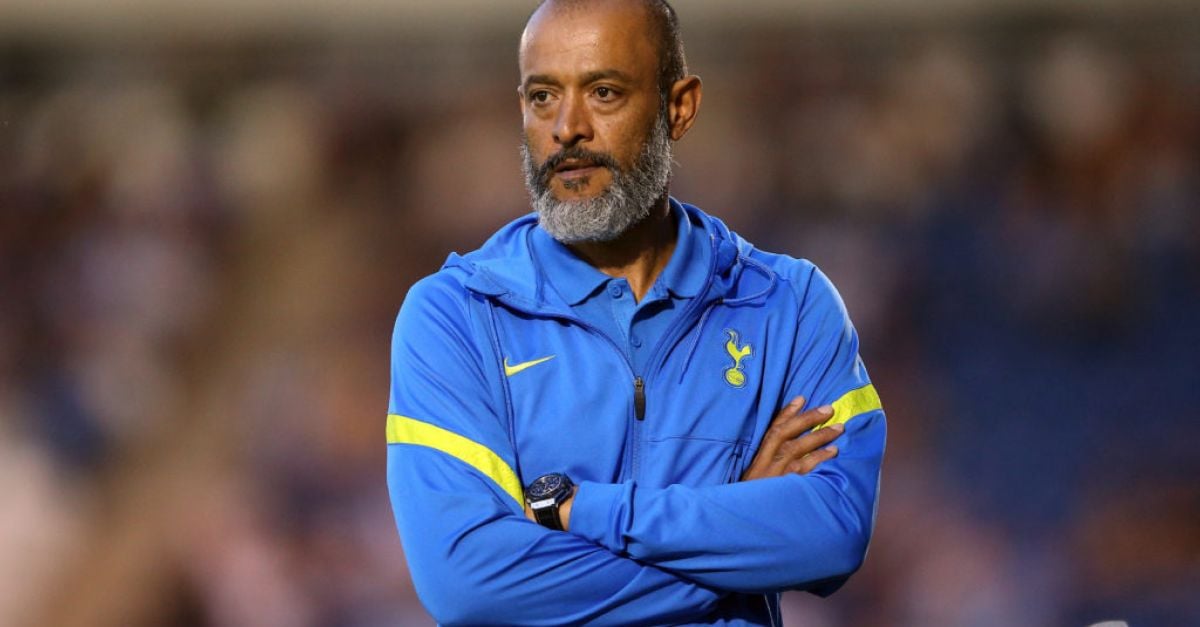 The England captain is dominating the headlines as he tries to get his move to Manchester City, with Spurs currently holding firm in their desire to keep a player who still has three years left on his contract.

Every time Nuno faces the press he is quizzed on Kane’s situation, the latest being whether he will make his Spurs return against Wolves on Saturday.

Kane did not play against City last weekend due to his late return from holiday while he has also not travelled to Portugal for Thursday’s Europa Conference League play-off first leg against Pacos de Ferreira, though several other first-team players have also been left behind.

Another session in the bank 💪🏻⚽️ pic.twitter.com/X0UYWqE6k8

The striker will continue to be the hot topic until his future is sorted one way or the other, but Nuno is not interested in all of the speculation.

“Maybe I’m the only one who doesn’t really care about what’s been said and written outside, because this you cannot control, and honestly with all my respect it doesn’t really matter,” Nuno, who revealed he had breakfast with Kane on Thursday, said.

“We don’t really pay much attention to what’s said outside regarding the situation of Harry, Harry is our player, one of the best players in the world, and we are very lucky to have him.

“What we must be sure of is that when we decide to put a player on the pitch we have to consider all of the aspects, the fitness, the mental aspects and we are here to support all of the players equally. Harry has all of our support.”

In Kane’s absence, and with Son Heung-min also not going to start in Portugal, 17-year-old Dane Scarlett will make his first senior start for Spurs.

Big things are expected of the teenager, who has been tipped for the top by former boss Jose Mourinho.

“He’s going to start the game tomorrow. We have big, big expectations regarding Dane because he did so well in pre-season which you recall the game against Leyton Orient in which he scored and he was involved in many of the games in pre-season,” Nuno added.

Defender Joe Rodon will not be involved as he picked up an injury during the warm-down after the City game, one he did not play in.

“Joe will miss the game, he had a small problem after the game in the training session we usually do in the stadium,” Nuno said.

“Yesterday he tried but he is not 100 per cent fit so he is not going to play. It is a big disappointment because we want all of the players to get minutes.”