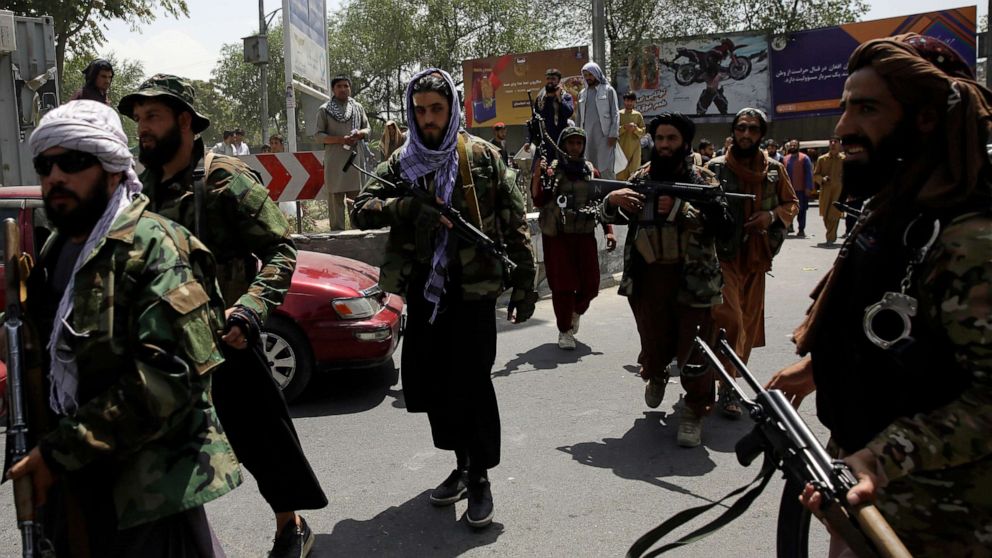 The Taliban’s swift move to control Afghanistan has plunged the country into chaos with many fearing for their lives and trying to find any means to escape.

ABC News obtained audio recordings from English-speaking Afghans, including Afghan Air Force pilots, translators and teachers, still trapped inside Afghanistan. They’re pleading to get out and looking to the United States for help. Several Afghans who had worked with the U.S. military said they would be killed if the Taliban found them. They said they felt abandoned by the Americans.

All of them were given pseudonyms below due to concerns for their safety. The recordings were obtained from international human rights attorney Kim Motley.

“Why have the American soldiers forgotten about us after everything we did? The sacrifices we did, why are they leaving us behind?” said Abdul, who worked as an interpreter for the U.S. military, and recorded the audio on Aug. 17. “I don’t want to be killed by the Taliban. They are going to cut our heads off if they find my location. Please help.”

“The Taliban is trying to find us and they [are] searching for us,” said Khalil, who had worked with U.S. special forces, and recorded the audio on Aug. 18. “They told me that anywhere I should go, they will find me and kill me. I asked the Americans, ‘Please help us.’”

Idriss, an Afghan pilot, said in a recording from Aug. 18 that he worked for U.S. special forces and that he and his family had been stuck in their home for three days, terrified that the Taliban was hunting them.

“We are very scared, and the Taliban are looking for us 24/7. … This is the time the U.S. should help Afghan pilots, get them out of the country to a safe place. We don’t care where that safe place [is], we need to move. Our family is in danger. We are at high risk now. We can’t live like this for the rest of our lives, being scared and [escaping the] Taliban,” Idriss said. “We have no safe place in Afghanistan.”

There’s an entire generation of Afghans who didn’t grow up under Taliban rule, but that all has changed in a matter of weeks. Now in power, new images from the capital city of Kabul showed Taliban fighters carrying out armed patrols where Afghan men and women protested.

The previous Taliban regime enforced severe restrictions on women, who were largely confined to their homes. They also held public executions and banned television and music prior to the U.S.-led military invasion in the wake of the September 11, 2001, terror attacks.

People desperate to escape have continued to fill Hamid Karzai International Airport in Kabul as the U.S. military races to evacuate people out of the country. Ali, an English teacher who claimed to have ties to the U.S., said she was in “huge danger” in a recording from Aug. 19.

“I’m so afraid to be out in that area of the airport,” Ali said. “It is insane. There are people holding their American passports, there are people that work with the Americans and they aren’t letting anyone in. … There is chaos everywhere. At least for the people who have citizenship, please let them in. I don’t understand.”

Laila, another teacher who said she was close to the airport, described in recordings made within the last week a “big mob” scene that included armed Taliban fighters and looters attacking citizens.

President Joe Biden told ABC News’ George Stephanopoulos on Wednesday that his administration is sticking by its decision to withdraw troops from the country. However, Biden said troops might stay beyond the original Aug. 31 date if it takes longer to get all of the Americans out of the country.

For some Afghans still waiting for help inside the country, many believe that they’ll have to remain in hiding until they could find a way out.

“I don’t know how much more we can handle this situation, I have already lost my mind,” said Abdul. “The situation is not good. They can find me anytime.”