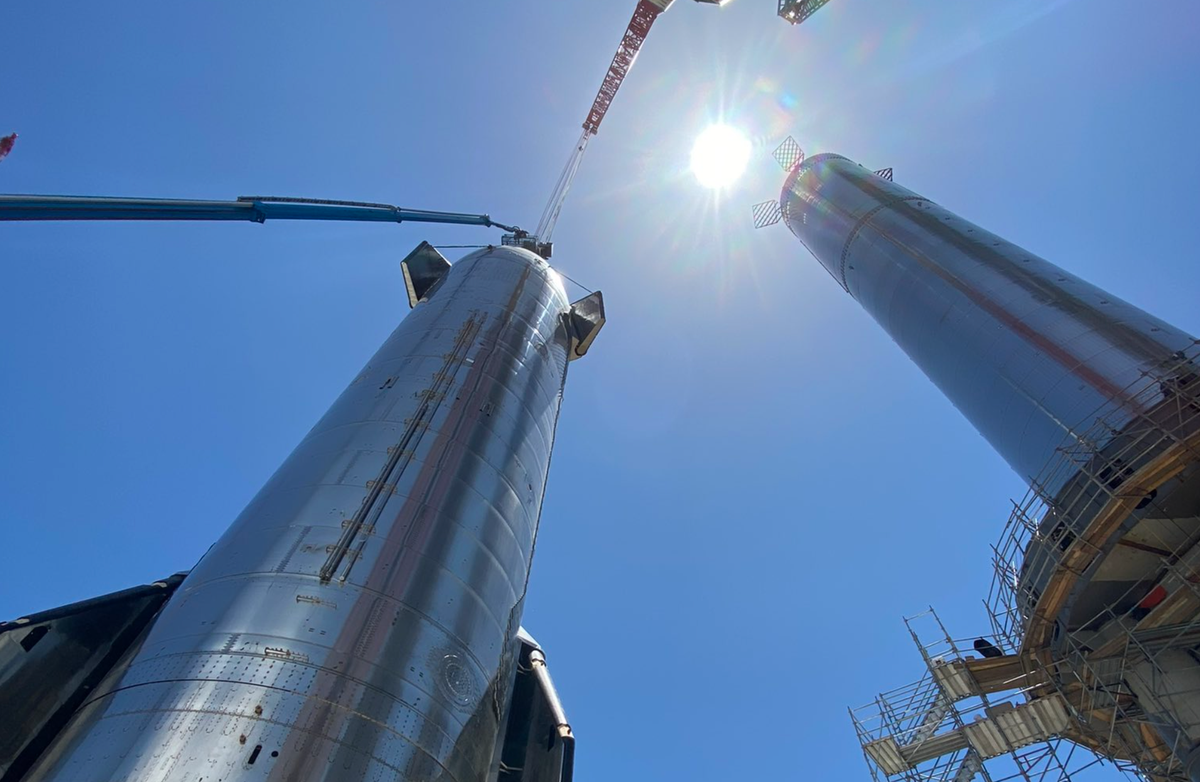 SpaceX has attached its Starship spacecraft to its booster, making the biggest spacecraft ever made.

Elon Musk and SpaceX hope eventually to use Starship to send people to the Moon and beyond, and it is central to the billionaire’s plans to allow humanity to become a multiplanetary species.

But first it must undergo a series of tests, and the company is currently preparing for its biggest yet – an orbital flight, which will see the spacecraft fly into space, sail around in orbit and then land back down on the Earth.

To do that, it will rely on the huge power of its Super Heavy booster, which Mr Musk has shown off as it has been assembled at a quick pace in recent weeks.

The Starship vehicle itself has now been sat on top of that booster, which together are the biggest rocket ever made.

It is also the most powerful rocket ever assembled by humanity. On both points, it takes over from Nasa’s Saturn V, which among other jobs carried humans to the Moon for the first time.

The company had planned to stack the two pieces together on Thursday, but was foiled by high winds, according to a tweet from Elon Musk.

However, on Friday morning local time, the two pieces were stuck together, finally assembling the vast launch vehicle.

A small crowd watched from a distance at SpaceX’s base in Texas, cheering as the two pieces were stacked together.

History has been made. The world’s tallest rocket… ever 😱 pic.twitter.com/FZKNbWewZg

It is unlikely the two will stay together until the orbital flight, with SpaceX likely to separate them once again to conduct final individual tests.

It is still not clear when that orbital flight will actually take place. The main barriers are not thought to be technical or practical but instead regulatory, with SpaceX requiring approval from the Federal Aviation Authority before the launch can take place.

Elon Musk has been sharing images from its Texas launch site – called Starbase by the company – throughout the week. That included pictures of the rocket being assembled, and its tightly packed engines, as well as the craft being moved to its launch site.

The version of Starship being used in the new developments is internally known as SN20, in keeping with a numbering scheme that has seen SpaceX progress through a variety of different versions of the craft. The last test was conducted on SN15, with the intervening versions being left behind as SpaceX looked to use the more advanced SN20.