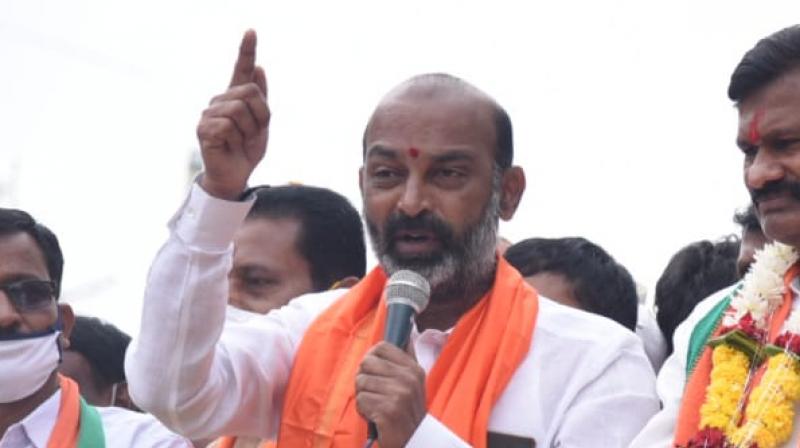 Hyderabad: BJP state president Bandi Sanjay Kumar demanded that the state government include the history of Sardar Sarvai Papanna in textbooks of schools in the state.

Speaking at a function organised at BJP headquarters here on occasion of Savai Papanna Jayanti on Wednesday, Sanjay Kumar criticised Chief Minister K. Chandrasekhar Rao for neglecting historical leaders and not highlighting their deeds for next generations.

He accused the CM of treating his own family history as Telangana history. He alleged that the history of Papanna, who fought for Telangana, is being hidden from people of the state.

The BJP president recalled that Papanna had fought against Razakars. He called on people of Telangana to get inspired by Sardar Papanna and overthrow the rule of “Naya Razakar” ruling the state now.

Sanjay Kumar called on people to participate in his Praja Sankalpa Yatra and make it a grand success for achieving a new Telangana free from KCR’s rule.