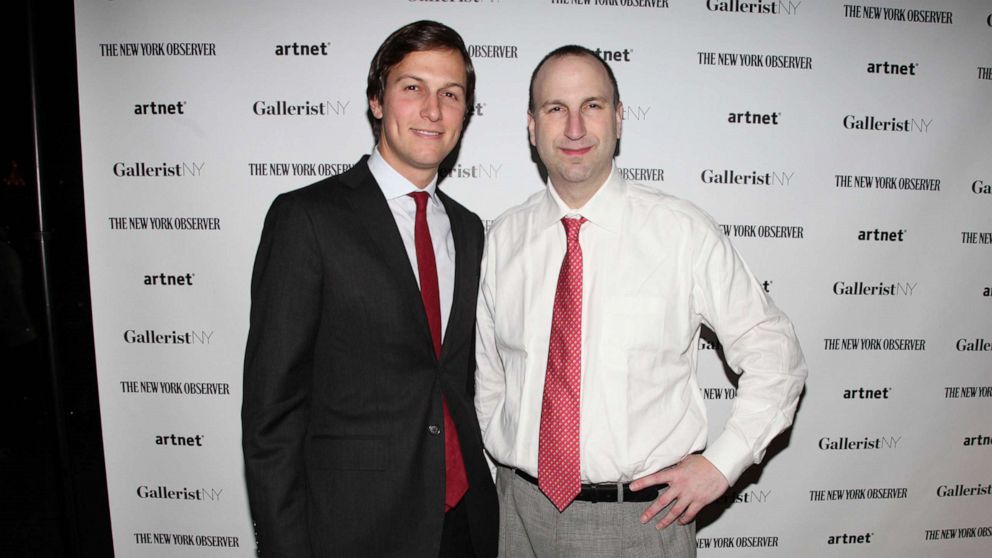 Seven months after he was granted a pardon by then-President Donald Trump, Ken Kurson, a friend of Trump’s son-in-law Jared Kushner and a former associate of Rudy Giuliani, was arrested Wednesday in New York on new, state felony charges.

Kurson received the pardon from Trump not long after federal prosecutors in Brooklyn charged him in October 2020 with cyberstalking related to his 2015 divorce.

Kurson now faces charges of eavesdropping and computer trespassing filed by the Manhattan District Attorney’s office, which took up the case almost immediately after the pardon was announced on Trump’s final day in office.

Manhattan prosecutors looked at the same alleged conduct as federal prosecutors and accused Kurson of spying on his ex-wife by unlawfully accessing her computer. The alleged eavesdropping and computer trespass occurred from Kurson’s work computer while he was still editor at The New York Observer.

“Mr. Kurson’s ex-wife wrote on his behalf that she never wanted this investigation or arrest and ‘repeatedly asked for the FBI to drop it,'” the Trump White House said in announcing Kurson’s pardon on Jan. 20.

“I hired a lawyer to protect me from being forced into yet another round of questioning,” the White House quoted her as writing. “My disgust with this arrest and the subsequent articles is bottomless.”

The pardon announcement also said that the investigation was only undertaken because Kurson was nominated for a role within the Trump administration.

According to both the current and prior charging documents, the FBI discovered Kurson’s allegedly illegal conduct during a background check after the Trump administration offered him a seat on the board of the National Endowment for the Humanities.

Kurson helped manage Giuliani’s unsuccessful presidential campaign in 2008, and in 2013 was named the editor of The New York Observer by Kushner, who owned the newspaper. Kurson resigned from that position in 2017.

In the federal indictment, Kurson stood accused of harassing three unnamed people, including his ex-wife and another person he blamed for his divorce. Kurson, who denied wrongdoing, allegedly targeted the individual with negative reviews on Yelp along with threatening messages and anonymous calls.

“We will not accept presidential pardons as get-out-of-jail-free cards for the well-connected in New York,” District Attorney Cy Vance said in a statement. “As alleged in the complaint, Mr. Kurson launched a campaign of cybercrime, manipulation, and abuse from his perch at the New York Observer, and now the people of New York will hold him accountable. We encourage all survivors and witnesses of this type of cybercrime and intimate partner abuse to report these crimes to our Office.”

Florida to decide whether to punish school districts that mandated masks

‘Have You Seen This Man’ podcast: The global manhunt for John Ruffo