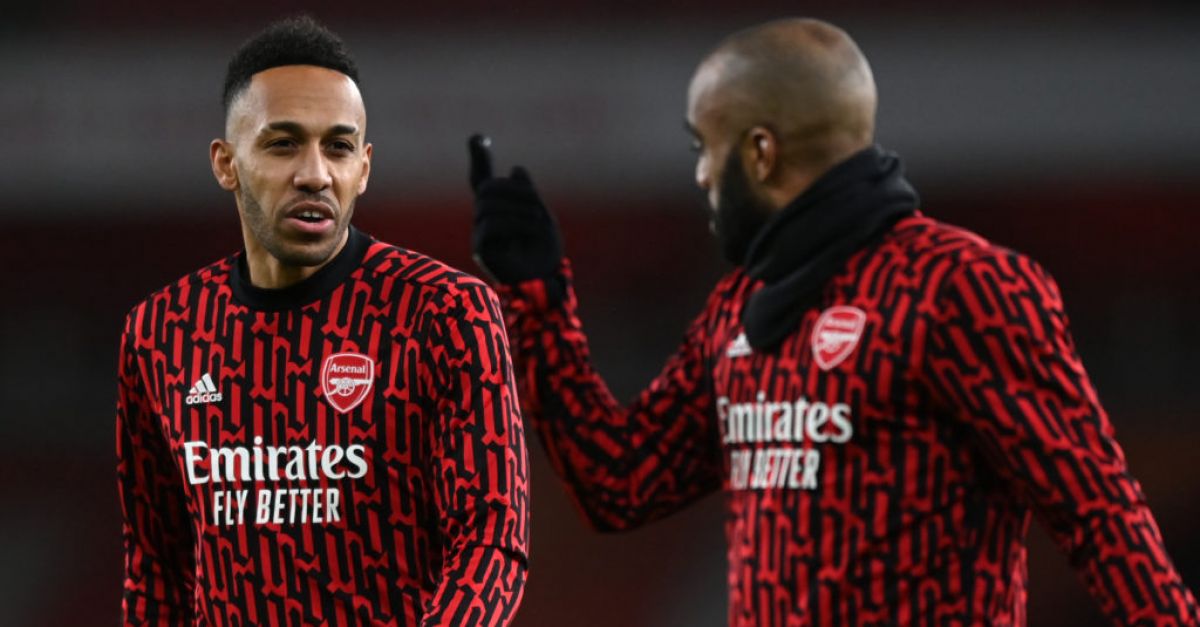 The north London outfit said Aubameyang could make a return to action in Sunday’s home clash with Chelsea, but fellow forward Lacazette will sit things out once again.

A statement on Arsenal’s official website on Thursday read: “Auba is now negative on Covid-19 testing, is well and following all protocols for return to play.

“He will return to training and be assessed prior to Sunday’s match. Alex is still recovering and will not be available.”

The statement said Willian was adhering to protocols and that his health and fitness would be monitored and assessed ahead of the Chelsea game, while Runarsson was still recovering and would remain unavailable.

Partey and Gabriel are aiming to be back in training later this month, and the target for Nketiah is early September.

Mikel Arteta’s men were beaten 2-0 by the Bees in their Premier League opener.