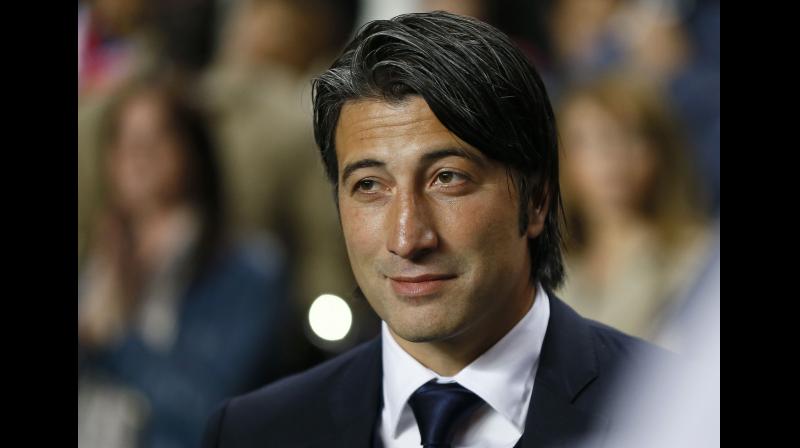 GENEVA, Aug 9, 2021 (AFP) – Murat Yakin was appointed Monday as the new boss of the Swiss national football team, with an eye on greater success after their impressive run to the Euro 2020 quarter-finals.

Yakin, 46, takes over from Vladimir Petkovic, who stepped down after seven years in charge of the "Nati" to take over at French Ligue 1 team Bordeaux.

Yakin, who played 49 times for Switzerland, leaves his post as the manager of Swiss second-tier side Schaffhausen.

"Murat Yakin is the new coach of the Nati," the Swiss Football Association (SFA) announced.

Yakin's contract runs until the end of the qualifiers for the 2022 World Cup in Qatar, with an option for an extension.

"The Nati was already an affair of the heart for me as a player. It is a great honour and a pleasure for me to be able to represent our country as a coach," he said.

"I have no doubts that we will qualify for the World Cup with this great team and that we will celebrate further successes."

Petkovic had been in charge of the national team since 2014.

Under his leadership, Switzerland pulled off one of their best-ever performances at a major international tournament, reaching the European Championships quarter-finals, where they were eliminated by Spain on penalties in Saint Petersburg on July 2.

Along the way, Switzerland knocked out reigning world champions France in the last 16, triggering wild celebrations throughout the country.

Previously, Switzerland's best international performances had been reaching the World Cup quarter-finals in 1934, 1938 and 1954.

Now the onus is on Yakin to maintain the momentum.

Pierluigi Tami, the SFA's national teams director, said: "Murat Yakin is a strong personality with extensive international experience as a player and coach. He is a modern young Swiss coach, who has a clear idea of the game, great technical football skills and clear goals."

A defender in his playing days, the former centre-half won the Swiss title twice with Grasshoppers and three times with his hometown club, Basel.

Since entering management, Yakin has had spells with several Swiss sides and a season at Spartak Moscow.

He guided Basel to two Swiss titles and also took them to the Europa League semi-finals.

His first match in charge of Switzerland will be a friendly against Greece in Basel on September 1.

The warm-up match will be followed by World Cup qualifiers against the new European champions Italy in Basel on September 5, and away to Northern Ireland in Belfast on September 8.