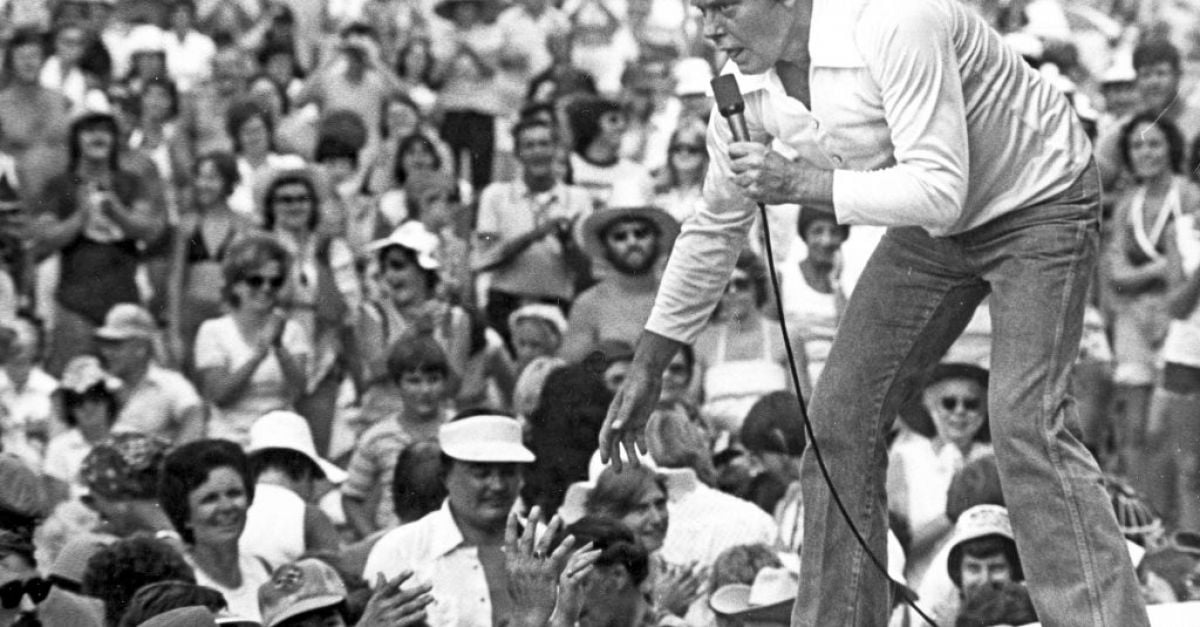 His son, Dean Hall, confirmed the musician’s death on Friday at his home in Franklin, Tennessee. Hall, known as The Storyteller for his unadorned yet incisive lyrics, composed hundreds of songs.

Along with such contemporaries as Kris Kristofferson, John Hartford and Mickey Newbury, Hall helped usher in a literary era of country music in the early ’70s, with songs that were political, like Watergate Blues and The Monkey That Became President, some deeply personal like The Year Clayton Delaney Died, and others that were philosophical like (Old Dogs, Children and) Watermelon Wine.

“In all my writing, I’ve never made judgments,” he said in 1986. “I think that’s my secret. I’m a witness. I just watch everything and don’t decide if it’s good or bad.”

Hall, the fourth son of an ordained minister, was born near Olive Hill, Kentucky, in a log cabin built by his grandfather. He started playing guitar at age four and wrote his first song by the time he was nine.

Hall began playing in a bluegrass band, but when that did not work out he started working as a disc jockey in Morehead, Kentucky. He joined the US Army in 1957 for four years including an assignment in Germany. He turned to writing when he returned to the US and was discovered by Nashville publisher Jimmy Key.

Hall settled in Nashville in 1964 and first established himself as a songwriter making 50 dollars a week. He wrote songs for Jimmy C Newman, Dave Dudley and Johnny Wright, but he had so many songs that he began recording them himself. The middle initial T was added when he gained his recording contract to make the name catchier.

His breakthrough was writing Harper Valley PTA, a 1968 international hit about small-town hypocrisy recorded by Jeannie C Riley. It sold millions of copies and Riley won a Grammy for best female country vocal performance and an award for single of the year from the Country Music Association. The story was so popular it even spawned a movie of the same name and a television series.

Hall’s own career took off after that song and he had a string of hits including Ballad of Forty Dollars, A Week in a Country Jail, I Love, and I Like Beer.

He was inducted into the Nashville Songwriters Hall of Fame in 1978.