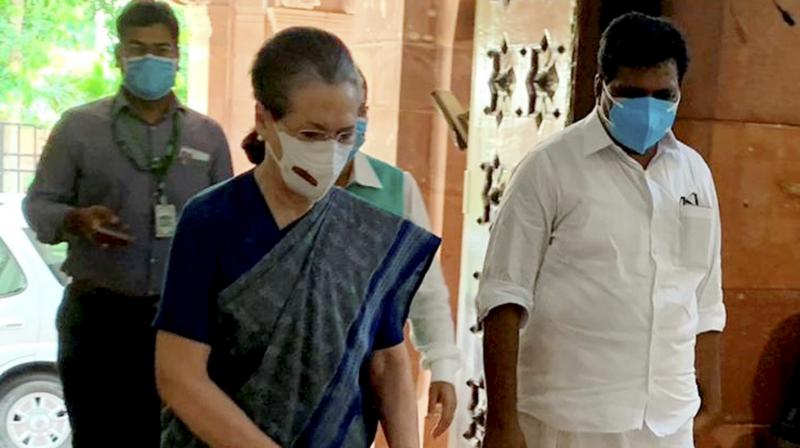 New Delhi: After the stormy monsoon session came to an end, Congress president Sonia Gandhi has taken a lead to strengthen the Opposition unity. A virtual meeting is being convened on August 20 by Mrs Gandhi of Opposition leaders including chief ministers.

Besides the chief ministers of West Bengal and Maharashtra, NCP chief Sharad Pawar, Tamil Nadu chief minister M.K. Stalin and Jharkhand chief minister Hemant Soren have also been invited to the virtual meeting. The online interaction will likely set the stage for another lunch or dinner meet the Congress is planning in Delhi.

The recently concluded monsoon session witnessed Opposition unity. Several floor coordination meetings were held in Parliament, also a breakfast meeting followed by a Cycle March to Parliament. The parties were united in raising the issues of the Pegasus spyware scandal, repealing of farm laws, rise in fuel prices and inflation.

The announcement of the virtual meeting comes two days after several Opposition leaders turned up at a dinner hosted by Congress leader Kapil Sibal, one from the Group of 23 who have been seeking sweeping changes in the party. The dinner was seen in the Congress as a signal that the G-23 change seekers are still active and the turmoil in the party is far from over.

It has now been two years since Mrs Sonia Gandhi took over as the interim chief. The change seekers have not yet been pacified. If the Congress wants to lead the charge of the Opposition, it will have to set its house in order first.

US moving personnel out of its embassy in ‘orderly’ manner: Blinken

Nobody should go bankrupt for COVID-19 treatment. Even anti-vaxxers.