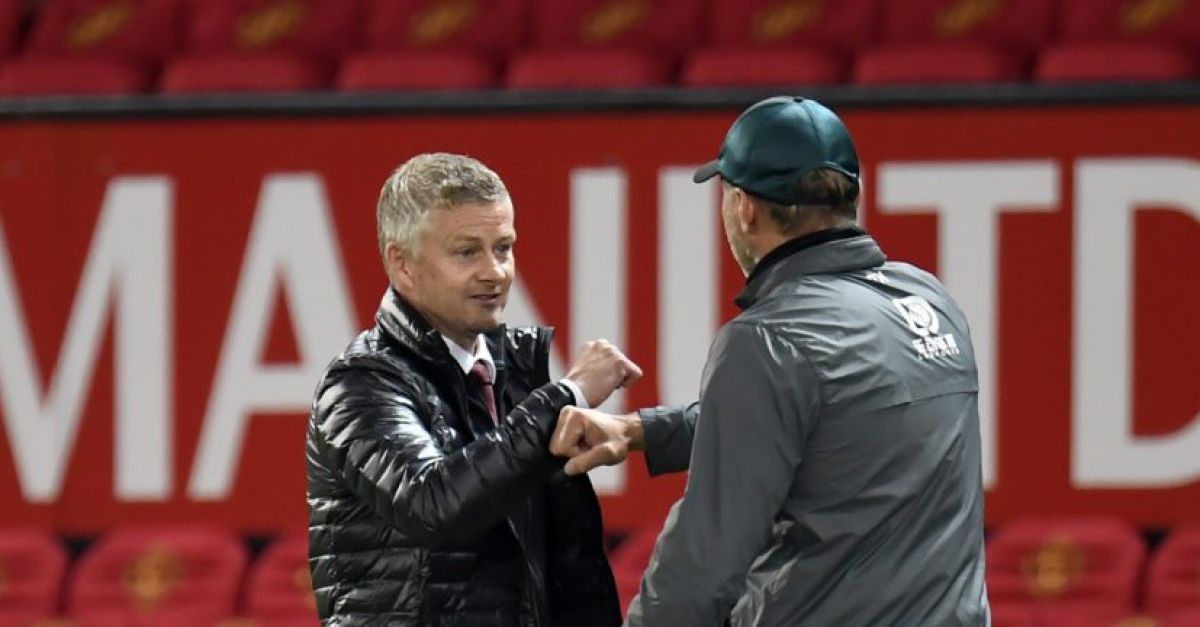 Ole Gunnar Solskjaer is not reading anything into Manchester United’s 9-0 win against Southampton as the sides prepare to meet for the first time since that game on Sunday.

Just as Ralph Hasenhuttl’s men began to get over conceding nine goals at home to Leicester in October 2019, they lost by the same scoreline in February.

Southampton won at Leicester when the teams met for the first time after that nine-goal humiliation and will be hoping for a similar response when United roll into town on Sunday.

“That game was a one off and that’s a special game when you get a lad sent off in the first minute, so I don’t count that game at all,” Solskjaer said, having overseen a thrilling 3-2 comeback win at St Mary’s last November.

“Always with Ralph’s teams you get high energy, high pressing, belief in themselves and they give you a great challenge, like they did last season.

“We were lucky to or not lucky… maybe lucky, maybe good, you could call it whatever you want when we turned their two-goal lead into 3-2 win for us with Edinson (Cavani)’s substitute appearance.

“We know every time we travel down there it’s a very, very difficult game.”

Saints have not beaten the Red Devils in a home league match since 2003 and face a United side looking to extend their incredible away run.

Solskjaer’s side became just the fourth in English top-flight history to go through an entire season unbeaten on the road, but Sunday will see them step out at a fan-filled away ground for the first time since March 2020.

“It will be a big difference,” the United boss said.

“I don’t know how many points but we won so many points from going one goal down and you can’t afford to do that with fans in the stadium, with home fans when you’re away from home.

“Because the fans do mean so much in the energy levels, that little bit of extra edge, maybe some nerves if you’re the away team, so we have to start better. That’s a definite.

“We have to of course manage the games so the away fans are the ones that are heard.

“We’ve got the best away fans in the world but we can only hear them if we play well and we start well and you want to silence the home crowd.

“I know that’s not going to happen when it’s the first game at St Mary’s for 18 months (in front of a full house). It’s going to be loud but it’s up to us to play the football to do that.”