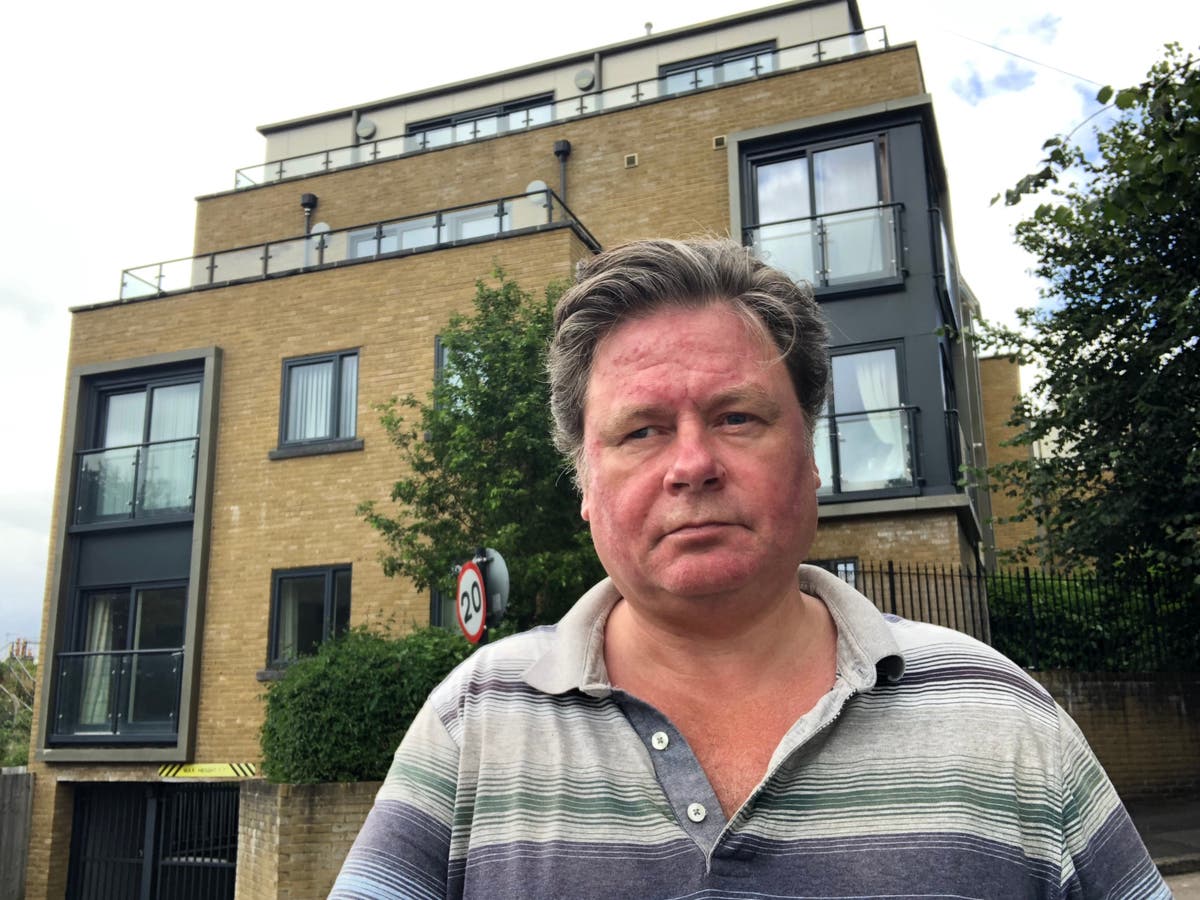 Homeowners in low-rise apartment blocks are being told they must hand over life-changing sums because their flats could go up in flames, even though the government has claimed the buildings pose “no systemic risk” and don’t need to be fixed.

Angry leaseholders hit out at “meaningless” and “misleading” statements by Robert Jenrick, the communities secretary, who said last month that buildings under 18 metres would not need to undergo costly work to strip off combustible cladding and fix other fire safety defects that have been unearthed in the wake of the Grenfell tower tragedy.

One NHS doctor who is trapped in temporary accommodation for months after being told that her flat was a fire risk said the government’s failure to address building safety crisis had put her through a “cycle of misery” and left her in fear of bankruptcy.

Independent experts commissioned by the government have stated that low-rise flats will not need a fire engineer to check the walls for potential hazards before they could be sold. In cases where problems have already been, the government has urged building owners to reassess them and take a “proportionate” approach.

Mr Jenrick claimed last month that this would free hundreds of thousands of homeowners who have been unable to sell their flats because mortgage lenders say they are worthless.

Yet his department has failed to withdraw or update its own advice note which mandates checks on residential buildings under 18m. Shortly after the minister’s latest announcement, it was contradicted by the Royal Institution of Chartered Surveyors which said it would not update its guidance until the government’s official advice changed.

MHCLG declined to say when the official advice would be updated. Major banks have now confirmed that they will still require checks, known as External Wall Survey, or EWS1. They will not lend against the properties until the government’s official advice, issued in January last year, is updated.

Meanwhile, huge bills are landing on leaseholders’ doormats and managing agents of properties are pressing ahead with remediation work which may not be needed. And because there are a limited number of people qualified to carry out remediation work, taller blocks that are at much higher risk of a fatal fire may be forced to wait longer than necessary for their problems to be fixed.

Managing agents typically add a fee of around 10 per cent of the cost of any work. They appoint the fire engineers who carry out checks and decide which contractors to approach for quotes.

MPs expect the total bill for remediation to reach £15bn. The estimate implies that managing agents could receive a fees of around £1.5bn from the work.

Teresa Doherty, an NHS doctor living in Romford, has been living in “pretty grimy” temporary accommodation after she accepted a new job in Brighton only to find out later that her flat was worth nothing and she could not sell.

She has spent £9,000 on renting rooms, extra commuting and fees related to the failed house move. She now fears a bill of tens of thousands of pounds to carry out work which fire safety experts say is needed on her flat.

“The whole process swings in favour of ‘jobs for the boys’ with everyone expecting to line their pockets from fleeced leaseholders,” Dr Doherty said.

“I never thought any of this would happen to me. I was happily showing people round my flat and telling them there was clearly no cladding issue. We had had a fire safety report and there was no problem.”

A later intrusive survey found that render on the outside walls was combustible. The managing agent informed residents that it must be removed. Months later, they still do not know how much it will cost and the government’s latest statements have caused more upset and confusion.

“I found a lovely property in Brighton. I arrived on the first day thinking I was just waiting for the details to be finalised and then realised I couldn’t sell. The banks wouldn’t lend and I was stuck.”

She is staying in a spare room in someone else’s house and commuting back home on weekends. “I don’t even have a living space. It’s just a bedroom. It’s not my home. It has been extremely stressful.” The managing agent has told Dr Doherty the problems will take “several years” to fix.

“He and his colleagues have done nothing to help people in my position, quite the opposite. What am I going to do to get on with my life while we wait?”

Ahmed Khan, 25, has been told he faces a bill of £97,000 to remediate his flat in Transport House in Salford.

“If they make us pay, I will have to file for bankruptcy which is sickening because just a few years ago I saved up for my property.

“It’s one of the proudest things you can do. Then for that to be used against you when it’s not your fault – especially at 25 – it’s shocking.”

He said Transport House leaseholders were in the “exact same position” after Robert Jenrick’s announcement. “It sounded promising. Then we broke it down and realised it doesn’t really mean anything. This is just going to keep going on until they stop passing the buck.

“No one is taking responsibility. As a consequence we are the ones paying for it. We are just praying and hoping for the best.

The developer and managing agent of Transport House, Irwell Valley Homes, has previously said that it will carry out other building work, unrelated to fire safety, at the same time as the remediation, a decision that has further angered residents.

Last year, the government announced a loan scheme which it claimed would mean leaseholders in blocks under 18m tall would pay no more than £50 per month towards costs. It still has yet to publish any details of how the proposed scheme would work.

“It makes no sense,” says Mr Khan. “At that rate we would still be paying off the bill after 141 years.”

Sasha Deepwell, chief executive of Irwell Valley Homes conceded that the estimates for remediation work were “extremely high” but insisted that the company was following government guidance.

“We have since carried out further investigations and are working with experts to explore the best way forward,” Ms Deepwell said.

In Croydon, Paul Wells lives in a small block of 12 flats that is just four storeys high with cladding only on part of the top floor, yet his managing agent has told him work must continue.

“This whole process of remediation is supposed to be about risk to life,” Mr Wells said. “I timed myself and it takes 90 seconds from a seated position in my flat to being outside. How on earth am I supposed to be at risk.

“A fire crew’s ladders will easily reach this height,” he said. “It’s a complete overreaction. That idiot Jenrick has now said the response has to be ‘proportional’ but until the advice note is withdrawn no lender is going to lend and why should they?”

He added: “If I thought there was a genuine risk, I would be asking about who pays for it but right now I’m not doing that because I just think it’s a waste of money.

The managing agent, HML, said it was acting in line with government guidance. A spokesperson said: “Remediation work is still required on buildings less than 18m high, where deemed necessary, as valuers hold responsibility to declare to lenders any fire safety related information that may impact the value of a property.”

The company added that it would ultimately be up to the freeholder of the building to decide whether or not work goes ahead.

A government spokesperson said: “For leaseholders who have already received an EWS1 form, the expert advice strongly recommends that these cases are reviewed to ensure the response is proportionate.

“In line with expert advice, we’ve set out that EWS1 forms should not be requested for buildings below 18m – we urge the market to follow this approach and ensure relevant guidance is updated.”

Banks queue up to raise billions