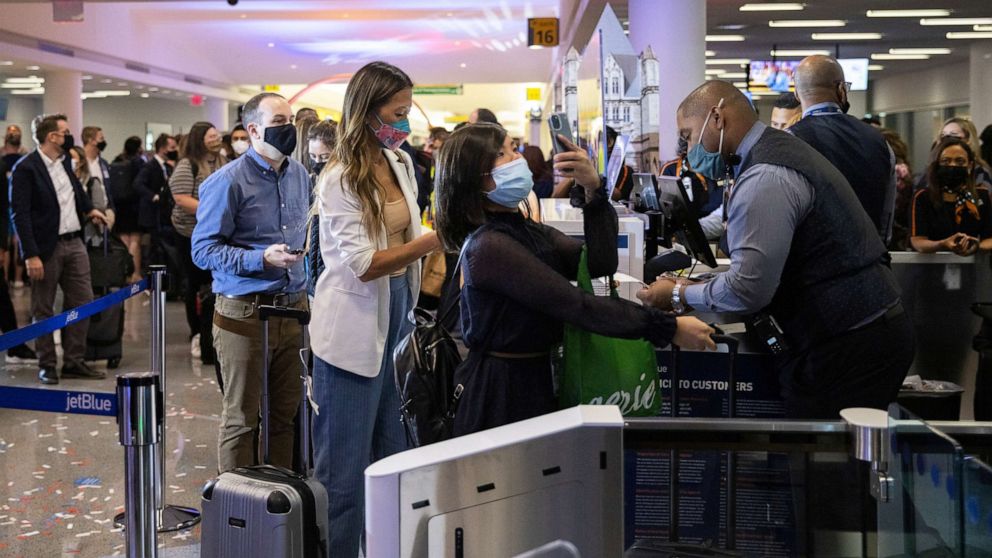 Fines for unruly behavior during flights have soared in 2021, with the Federal Aviation Administration reporting Thursday that it has proposed more than $1 million in penalties this year alone.

The FAA has received almost 4,000 reports of aggressive behavior from airlines since the beginning of 2021.

Airline crews have reported incidents in which visibly drunk passengers verbally abused them, shoved them, kicked seats, threw trash at them, defiled the restrooms and in some cases even punched them in the face.

The agency said 71% of the reported incidents involve passengers who refuse to comply with the federal mask mandate.

The FAA had hoped its zero-tolerance policy for in-flight disruptions, which could lead to fines as high as $52,500 and up to 20 years in prison, would be enough to deter potential offenders, but they’ve still seen hundreds of incidents per month.

In-flight tensions are unlikely to wane as the mask requirement for planes was extended just this week from September into January.

“While the FAA has levied civil fines against unruly passengers, it has no authority to prosecute criminal cases,” Dickson told airport executives.

He said they see many passengers — some who physically assaulted flight attendants — interviewed by local police and then released “without criminal charges of any kind.”

“When this occurs, we miss a key opportunity to hold unruly passengers accountable for their unacceptable and dangerous behavior,” he said.

The agency has looked into more than 682 potential violations of federal law so far this year — the highest number since the agency began keeping records in 1995. But it is unclear how many people have actually paid the FAA’s proposed fines.

Those on the front lines, the nation’s flight attendants, are bearing the brunt of the violence.

They are increasingly turning to self-defense training to learn how to defuse situations as well as protect themselves and their passengers.

“I think people are just kind of just at a tipping point with the pandemic,” Robin Gilinger, a flight attendant, said. “And when they’re up in the air at 35,000 feet, there’s no one to stop them. There’s no police officer on the corner they can go to. It’s just the flight attendants.”

The courses had been paused amid the pandemic, but now they’re back up and running with four times the amount of classes and double the number of attendees as before.

“We’re not here to beat our passengers. We’re here to stop the unrest that has precipitated through this pandemic,” Gilinger said. “And this provides really good, basic tools, not just for the aircraft.”

While this type of training is free, flight attendants must come on their own time and pay for their travel and lodging. The head of the country’s largest flight attendant union is now pushing for the course to be federally mandated.

Over 10,000 students in Florida school district isolated or quarantined a week into school year