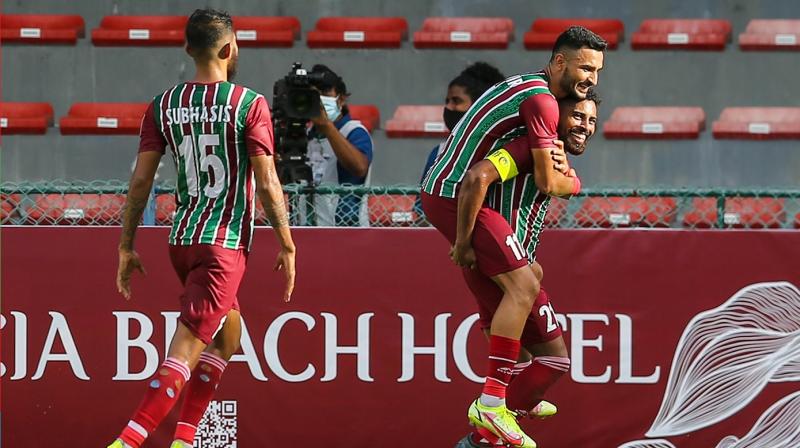 Male (Maldives): ATK Mohun Bagan began their AFC Cup campaign in style with an easy 2-0 win over another Indian club Bengaluru FC in a Group D match here on Wednesday.

Captain Roy Krishna struck in the 39th minute before Subhasish Bose added another goal in the 46th minute to give the Kolkata based side a head start in the continent's second tier club competition.

Bengaluru's better possession did not count much in the end as ATK MB found two goals from the five shots they had on target. BFC, on the other hand, had three shots on target.

Chhetri himself could not do much in the match and was substituted in the 68th minute by Leon Augustine.

ATK Mohun Bagan, who qualified for the group stages of the competition by virtue of the erstwhile Mohun Bagan's victorious 2019-20 I-League campaign, will face Maziya Sports & Recreation of Maldives in their second group match on Saturday.

Bengaluru, who made it to the group stage after defeating Club Eagles of Maldives 1-0 in the play-off here on Sunday, Bashundhara Kings of Bangladesh in their next match, also on Saturday.

Only the winners of the four-team group will qualify for the Inter-zone playoff semifinals.

Jurgen Klopp frustrated by challenges during Liverpool’s defeat of Burnley