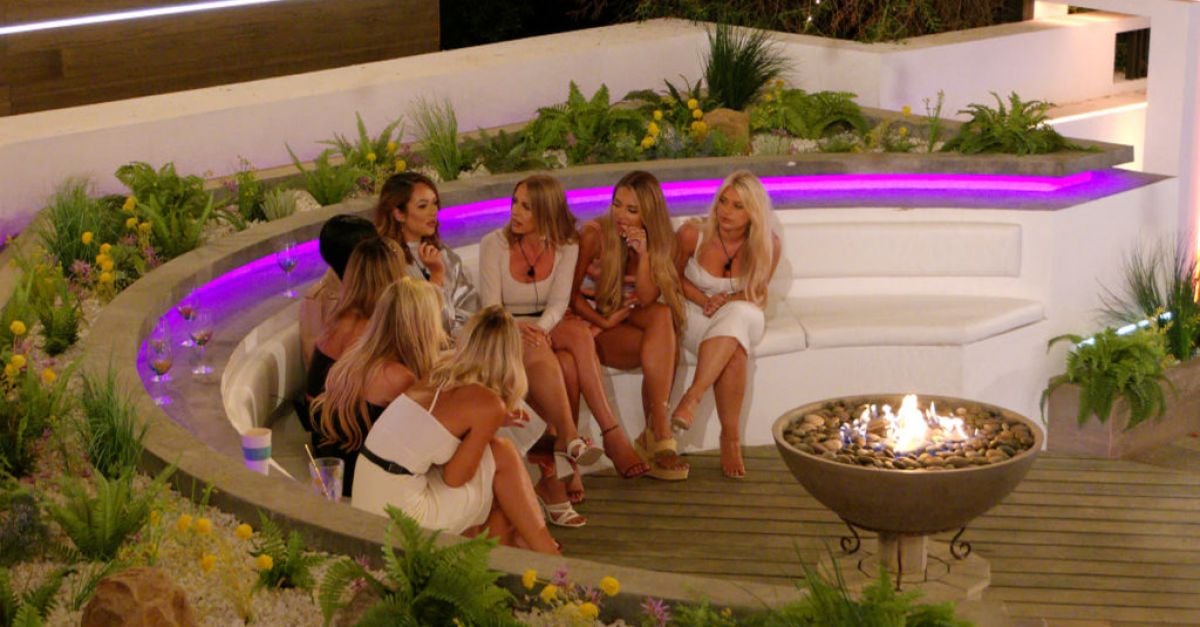 After a rocky (some might even say boring) start, the latest season of Love Island has turned into a vintage one, with explosive arguments, shock splits, cute couples and adorable bromances aplenty.

As well as all the juicy drama, this season has brought us some truly heartbreaking scenes, and given us (to borrow a phrase from Oprah Winfrey) lots of ‘teachable moments’.

Your finalists are… Kaz & Tyler, Faye & Teddy, Chloe & Toby and Millie & Liam! Head to the app now to vote for your #LoveIsland 2021 winners 🏆 pic.twitter.com/jaJUdhy9Fg

Ahead of the grand final (August 23rd at 9pm), when one of the four remaining couples will be crowned winners, these are the lessons we’ve learned from Love Island 2021…

It's a tough night in the villa 💔 #LoveIsland pic.twitter.com/OeCz2eCAQo

Whether it’s in a romantic relationship or with a friend, when you’ve got a problem with someone you need to pull them aside for a chat and deal with it ASAP – something we saw this year’s contestants doing repeatedly.

When the islanders were asked to vote for the couple they thought was least compatible, not everyone was happy with the outcome. Conversations were had – some of them very awkward – then, after Aaron apologised to Kaz for their heated confrontation – the issue was forgotten.

Casa Amor caused absolute chaos and it looked like four couples had split for good after varying degrees of cheating occurred during the ‘ultimate relationship test’. Within days, however, they’d all reconciled and now they’re all in the final.

While a reality TV show is very different to real life, these couples proved that you can get past infidelity if you’re willing to move on – and if your partner grovels hard enough.

The most Marmite contestant of the season, Faye was, to some people, a ‘tell it like it is’ legend, while to others she was a hothead nightmare in desperate need of some anger management therapy.

Even Faye admitted her reaction to the clip of Teddy saying he was attracted to another girl in Casa Amor was over the top, and she subsequently apologised. If Faye has taught us anything, it’s to have a time out and let your anger subside before calmly discussing any relationship issues.

4. The truth will come out

While they may have stayed faithful to each other during the Casa Amor debacle, Jake and Liberty ultimately paid the highest price with the movie night challenge, when clips from earlier in the season were aired for the islanders, showing that Jake said he had doubts about his attraction to Liberty.

The TV equivalent of reading an unflattering WhatsApp message your partner wrote about you, the incident highlighted the fact that often your true feelings will be revealed, whether you want them to be or not.

5. Be honest with your friends

The couple known as ‘Jiberty’ continued their tumultuous journey when Liberty confronted Jake to ask why he hadn’t said ‘I love you’ back to her. All of sudden, Jake was able to utter those three little words, but when Lib excitedly told the other girls, they were sceptical about the timing.

If it wasn’t for her friends being honest (but also kind and sensitive) about Jake’s motivations, it’s clear Liberty would have taken a lot longer to reach the conclusion that he didn’t really love her. That’s why honesty is the best policy when it comes to romantic and platonic relationships.

In the end, it didn’t take anyone else’s advice to convince Liberty that Jake wasn’t the one for her. She said she could feel it in her gut that she was giving him ‘the ick’, and showed wisdom beyond her 21 years when she decided to calmly end their relationship while still acknowledging that Jake wasn’t “a bad person”.

If something doesn’t feel right in your relationship, that doesn’t mean it’s doomed, but it’s important to listen to your instincts and communicate your worries with your partner. If, like Liberty and Jake, you can’t overcome your issues, it may be time to go your separate ways.

Fitness, a part of their life

Suit up in style: 3 major tailoring trends to try

Radish on a platter