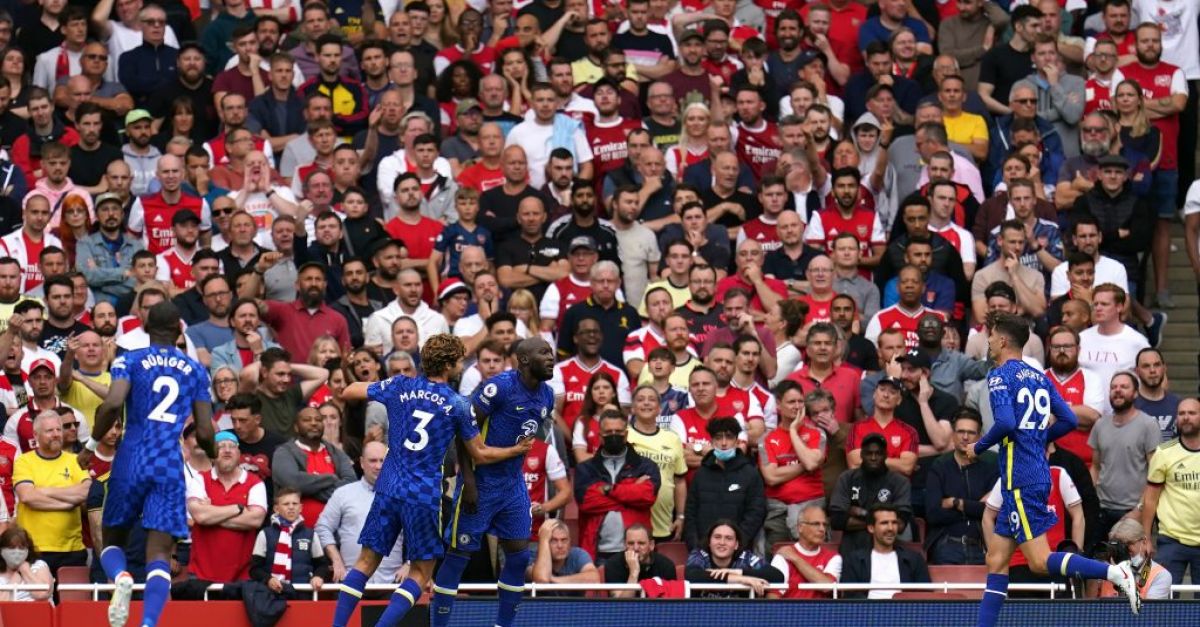 Romelu Lukaku scored on his second Chelsea debut to set them on their way to a comfortable Premier League win over London rivals Arsenal.

Having failed to net in his 15 appearances during his first Chelsea spell, Lukaku needed just a quarter of an hour to make his mark as the Blues ran out 2-0 winners at the Emirates Stadium.

Reece James laid on Lukaku’s goal before scoring the second himself, with Arsenal unable to mount a serious challenge to get back into the contest.

Lukaku moved back to west London from Inter Milan last week and revealed he spoke to former Chelsea striker Didier Drogba in the build-up to this game – and he clearly took something from the conversation.

Arsenal had started well enough but the goal took the wind out of their sails, Pablo Mari and Rob Holding struggling to contain Lukaku with £50million summer signing Ben White absent due to a positive Covid test.

He had called on the returning Arsenal fans to help bridge the gap between the club and the current Premier League elite – but rousing support was in short supply when Mason Mount picked out James inside the box and he fired home Chelsea’s second 10 minutes before half-time.

In fact, large swathes of the home fans jeered as the players trudged off in the swirling rain at the interval.

The hosts should have arguably been given a chance to pull one back from the spot before then as the returning Bukayo Saka – given a warm welcome before kick-off – went down under pressure from James with neither referee Paul Tierney nor the VAR seeing enough to award a penalty.

Arsenal made a lively start to the second half, Saka forcing Edouard Mendy into his first meaningful save with a driven shot.

Holding then had a fine chance to halve the deficit with a header but could only steer his effort wide of goal.

Arteta then brought on Aubameyang for the tiring Saka. The last thing Arsenal needed at this stage was further fitness setbacks but that is exactly what happened as Kieran Tierney limped off, to be replaced by Nuno Tavares.

Chelsea once again took control of proceedings and Lukaku was denied a second goal of the afternoon when his diving header was brilliantly saved by Bernd Leno.

Gabriel Martinelli was the next Arsenal player to be forced off with injury as Folarin Balogun took his place for the closing stages.

The visitors saw out the game with ease, Leno saving well from Kai Havertz with plenty of home fans heading for home before the full-time whistle.