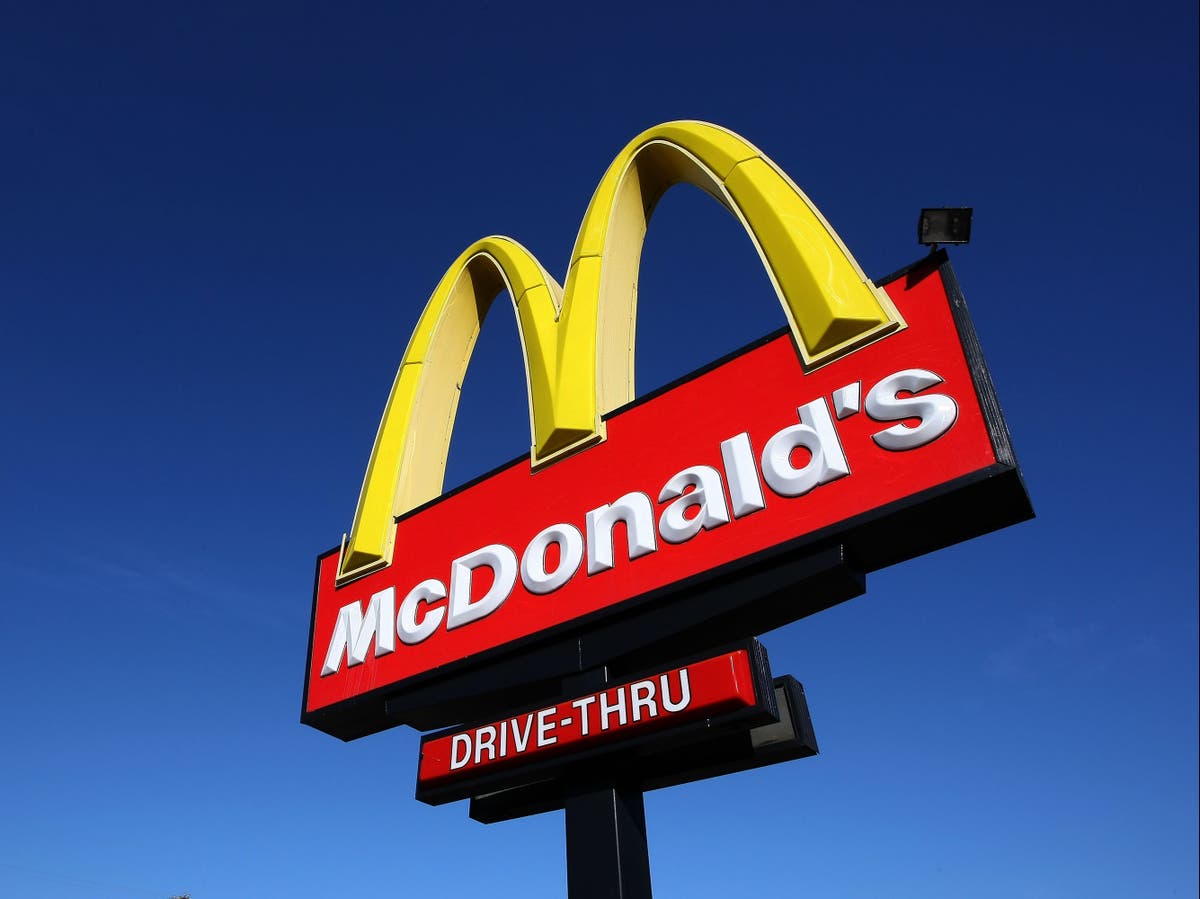 McDonald’s has become the latest restaurant chain to be hit by supply chain shortages, with no milkshakes or bottled drinks currently available in any of its British outlets.

The fast-food chain, which operates around 1,250 restaurants in England, Scotland and Wales, has had to stop supplying the drinks this week but said it was “working hard to return these items to the menu as soon as possible”.

The issues are thought to be caused by a shortage of lorry drivers.

A spokesperson for McDonald’s told The Independent: “Like most retailers, we are currently experiencing some supply chain issues, impacting the availability of a small number of products. Bottled drinks and milkshakes are temporarily unavailable in restaurants across England, Scotland and Wales.

“We apologise for any inconvenience, and thank our customers for their continued patience. We are working hard to return these items to the menu as soon as possible.”

One devoted customer said on social media on Monday: “I just went on McDonalds – they’ve got no milkshakes and the fizzy drinks ‘might be flat’. What is going onnn?!”

Another wrote: “McDonald’s you don’t do bagels any more or breakfast wraps, you now have no milkshakes, Tropicana or bottled water…”

According to Kate Nicholls, UKHospitality chief executive, virtually all hospitality businesses are currently experiencing problems in their supply chains.

“Suppliers and hospitality businesses alike are facing enormous challenges to their supply chains and are working together minimise the impact to consumers,” she told The Independent.

“Our figures show that 94 per cent of hospitality businesses are experiencing problems, with about two-thirds of those saying some goods simply don’t arrive, thereby reducing the menu they can offer customers and severely undermining sales.”

This week, lobby groups for the retail and transport industries wrote to the business secretary, Kwasi Kwarteng, warning that the UK’s lorry driver shortage could cause serious problems for their supply chains.

The groups want a review of plans not to grant temporary work visas to drivers from the EU. Logistics UK, which represents freight firms, and the British Retail Consortium, said that a shortfall of about 90,000 HGV drivers “is placing increasingly unsustainable pressure on retailers and their supply chains.”

They added: “While there was a shortage of HGV drivers prior to the Covid-19 pandemic and Brexit, these two events have exacerbated the situation. The pandemic halted driving training and testing for over 12 months, while an estimated 25,000 EU drivers returned home during the pandemic and following the end of the transition period.”

Speaking about the shortage, Helen Dickinson, chief executive of the British Retail Consortium, said: “We are calling on the government to rapidly increase the number of HGV driving tests taking place, provide temporary visas for EU drivers, and to make changes on how HGV driver training can be funded.”

Nick Allen, chief executive of the British Meat Processors Association, told The Independent last week that the problems at the peri-peri chicken maker were just “the tip of the iceberg”. He said: “I think we’re going to see more and more [closures],” adding: “It’s certainly Brexit-related, but it’s also the immigration decisions our politicians are making since Brexit.”

A government spokesperson said on Friday that, “We recently announced a package of measures to help tackle the HGV driver shortage, including plans to streamline the process for new drivers to gain their HGV licence and to increase the number of tests able to be conducted,” according to the BBC.

“We have also temporarily relaxed drivers’ hours rules to allow HGV drivers to make slightly longer journeys, but these must only be used where necessary and must not compromise driver safety.”