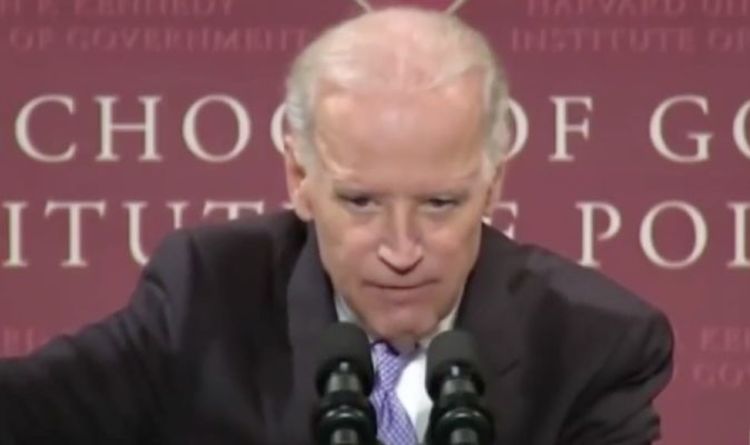 The video comes from a speech given by Mr Biden at Harvard University’s Insitute of Politics in 2014. The then Vice-President under former President Barack Obama was giving a speech about what defines an American when he claimed that there is “nothing special” about being American. But comments sparked a backlash from commentators appearing on who branded the claims as not giving “confidence that he is in control of things” while another claimed the Biden administration do not “believe in American exceptionalism.”

In the old footage, then Vice-President Biden says: “America’s strength ultimately lies in its people.

“There is nothing special about being American.

“None of you can define what an American is!”

He added: “You can’t define it based on religion, ethnicity, race, culture.” 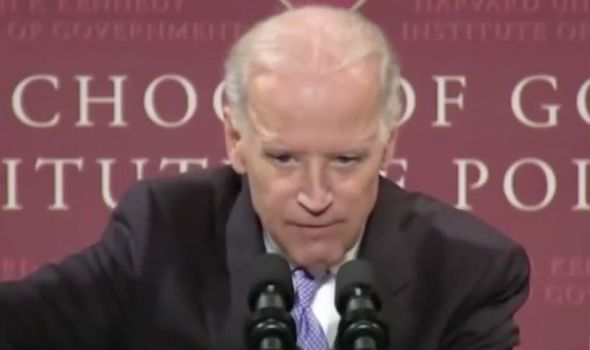 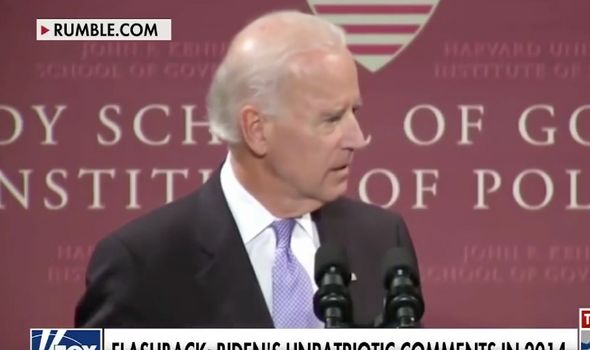 But the Fox News panel were not impressed by the unearthed footage.

Laughing in apparent shock at the comments, Fox News contributor Joe Concha said: “I just tell my five and seven year-old everyday that ‘you live in the greatest country in the world’.

“That’s what it means to be American’s: you have freedoms and you have a life here that you can be whatever you want.

“My daughter declared to me that she wants to be the first female President of the United States and my son apparently wants to be an astronaut.” 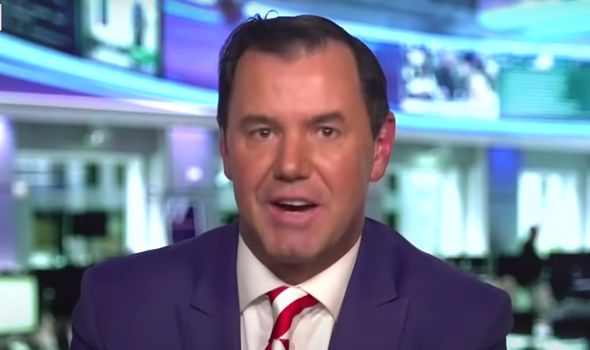 Mr Concha went on to say: “Because he [Joe Biden] makes statements like that he just does not have a good command of the language doesn’t have the ability to persuade and give you confidence that he is in control of things.

“And that statement, I know it’s from a while ago, is one example.”

While another Fox News contributor Lisa Boothe responded angrily to the footage claiming Biden’s administration does not have the interests of Americans at heart.

She claimed: “I don’t think they [the Biden administration] believe in American exceptionalism. They want to take this country down, to then rebuild it [as] one which more reflects its values.” 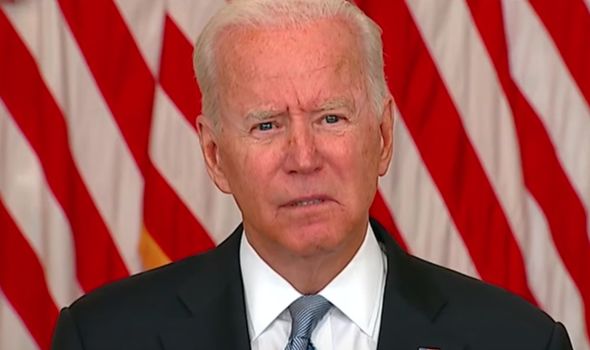 And in a bold claim, Ms Boothe added: “If you wanted to destroy a country from within, would you do anything differently than Joe Biden has done over the past few months?”

In a speech ahead of the US withdrawal from Afghanistan which led to chaos at Kabul airport as thousands of Afghan’s rushed to flee the country as it fell into the hands of the Taliban, Mr Biden claimed he had the interests of American’s at heart saying he did not want to see anymore “headstones” of US soldiers at Arlington National Cemetery as a result of continued involvement in the conflict.

He said: “How many more generations of America’s daughters and sons would you have me send to the fight Afghanistan’s civil war when Afghan troops will now? How many American lives is it worth? How many endless rows of headstones at Arlington National Cemetery. I’m clear on my answer.

“I will not repeat the mistakes we’ve made in the past. The mistake of staying and fighting indefinitely in a conflict is not in the national interest of the United States, nor is doubling down on a civil war in a foreign country or attempting to remake a country through the endless military deployments of US forces.”