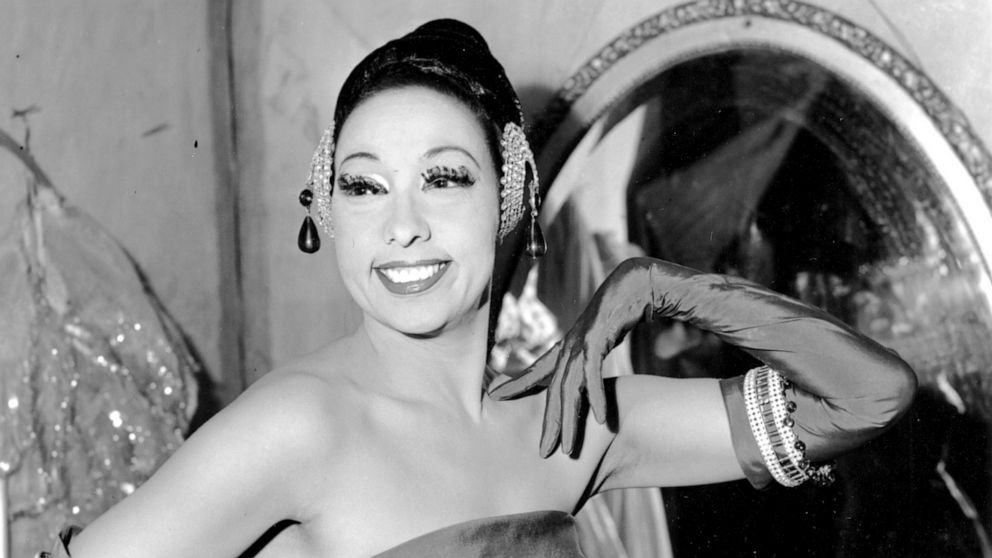 PARIS — France will pay tribute to American-born entertainer Josephine Baker, making her the first Black woman to enter France’s Pantheon, in the heart of Paris.

She is “the embodiment of the French spirit” who “deserves the recognition of her motherland,” the Elysée Palace said in a statement. France will hold a ceremony in the artist’s honor presided by Emmanuel Macron on Nov. 30.

The Pantheon is a monument featuring France’s most notable figures for over a century — mostly men. Eighty people are buried in the Parisian monument, including politicians, scientists and writers including Victor Hugo.

Only five women are currently buried at the Pantheon including Nobel Prize physicist and chemist Marie Curie who discovered radium and polonium.

An icon of the Roaring Twenties and a civil rights advocate alongside Martin Luther King in the United States, Baker became one of the first Black international stars after moving to France at 19 years old.

Performing as a singer, dancer, actress and fashion ambassador, she also became a spy for the allied forces during WWII, passing on secret documents on her tours and carrying secret photos of German military positions in her underwear.

The acts of bravery led to Baker becoming the first American woman to receive the French War Cross.

French President Emmanuel Macron agreed to the addition of the Black singer who acquired French citizenship in 1937 after her marriage to Jean Lion. The decision came after a campaign was launched in her name, “Dare Josephine,” and a petition started in 2019 that amassed over 37,000 signatures.

While the remains of those destined for the Pantheon are ordinarily transferred inside the monument, Baker’s body will stay in Monaco where she is buried in agreement with the family’s wishes, according to news agency AFP. A cenotaph with a plaque will enter the Pantheon instead.

The announcement received overwhelmingly positive responses, even launching a debate for more women to receive the honor, such as human rights lawyer Gisèle Halimi who fought against the war in Algeria.

Some Black activists criticized the move as performative in spite of “deep rooted anti-blackness” in France, where Black French activists in the country are still struggling to have their voices heard.

“This serves at least 3 functions 1) locate the struggle for racial justice elsewhere 2) once again create an good/bad negro narrative – the bad negro is always the local negro…3) performative negrophilia – as a defence (against anti-blackness),” psychologist and writer Guilaine Kinouani wrote in a tweet.