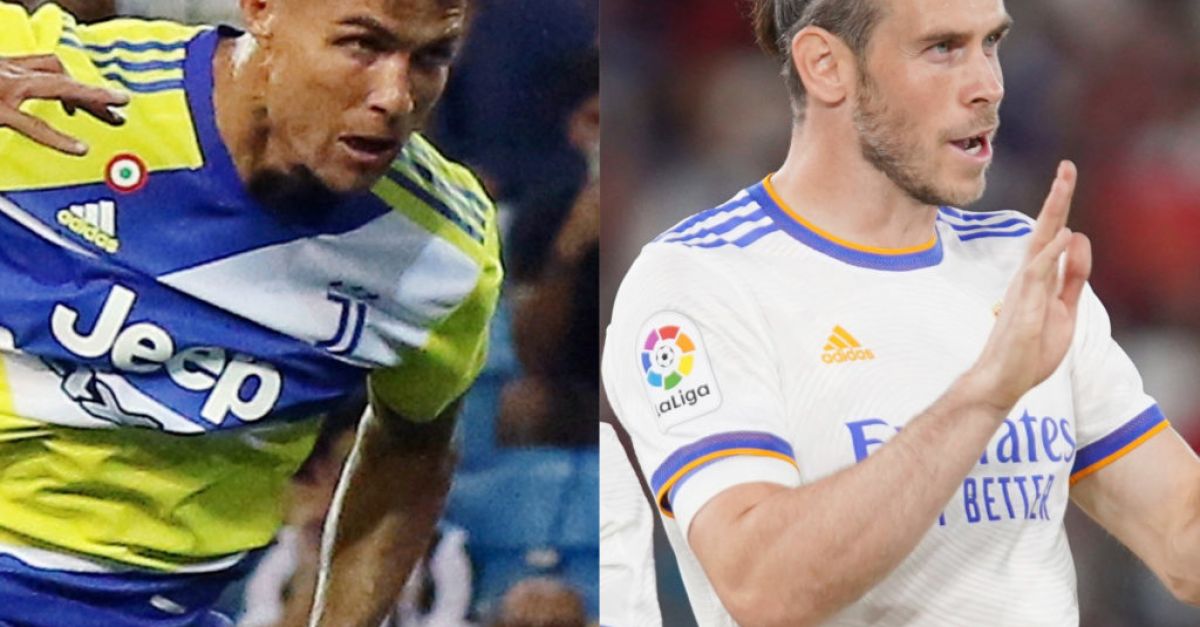 Former team-mates Gareth Bale and Cristiano Ronaldo made headlines on Sunday in contrasting fashion, but their respective clubs of Real Madrid and Juventus were held to disappointing draws.

The duo combined to help the Bernabeu outfit win four Champions League titles during a glittering era of success for the LaLiga side and once again were the talk of Europe this weekend.

Welsh international Bale scored his first Madrid goal in two years, having enjoyed a loan spell at old side Tottenham last season, but Carlo Ancelotti’s men had to settle for a point at Levante.

Roger Marti and Jose Campana struck after the break to turn the game on its head and when Rober Pier made it 3-2 with 11 minutes left, the hosts looked on course for a memorable triumph but substitute Vinicius Junior added to his earlier equaliser with another to clinch a 3-3 draw.

Over in Italy, Ronaldo made headlines before a ball had been kicked at Udinese after he was only named among the substitutes.

Sky in Italy reported the five-time Ballon d’Or winner had asked not to start with the Portuguese ace linked with a move away from Turin this summer due to only one year being left on his contract.

Early goals from Paulo Dybala and Juan Cuadrado put the visitors on their way to three points without Ronaldo and while he was introduced on the hour mark, Udinese were able to mount an excellent second-half comeback.

Roberto Pereyra, formerly of Watford, reduced the deficit from the penalty spot before another ex-Hornets man in Gerard Deulofeu earned the hosts a share of the spoils with the equaliser with seven minutes left.

Elsewhere in Serie A, Tammy Abraham registered two assists as Jose Mourinho got off to a winning start as Roma manager with a 3-1 triumph over Fiorentina.

Napoli also got off the mark on the opening weekend but survived playing the majority of their game against newly-promoted Venezia with 10 men after Victor Osimhen had seen red in the 23rd-minute. Goals by Lorenzo Insigne and Eljif Elmas earned all three points.

Bologna edged out new boys Salernitana in a five-goal thriller where Marko Arnautovic was on target for the victors.

Prior to Madrid dropping points in LaLiga, reigning champions Atletico had started the defence of their title with a trademark 1-0 win over Elche.

Angel Correa grabbed the only goal of the contest while Mikel Oyarzabel helped Real Sociedad see off Rayo Vallecano by the same score.

There was drama aplenty in Ligue 1 too where Nice’s match with Marseille was abandoned after the home fans stormed onto the pitch midway through the second half.

The Nice players are back on the pitch and warming up waiting to resume. #OGCNOM 1️⃣-0️⃣ pic.twitter.com/zEH34OnXRo

Kasper Dolberg had put the hosts ahead in the 49th minute but a fiery encounter where seven yellow cards were handed out spilled over late on Allianz Riviera.

After Marseille’s Dimitri Payet responded to a bottle being thrown at him by chucking it back into the crowd, fans of Nice entered the pitch and both sets of players were taken off after a coming together.

While Nice returned to the field of play to resume the game, the visitors had made the decision to leave with the referee forced to abandon the fixture.

Moussa Dembele struck a brace for Lyon but they were held to a 3-3 draw by Clermont and Metz, Bordeaux and Strasbourg could only draw at home to Reims, Angers and Troyes respectively while Montpellier saw off Lorient 3-1.

Bayern Munich claimed a first win of the new Bundesliga season thanks to Serge Gnabry’s brace against Cologne.

Robert Lewandowski opened the scoring for Julian Nagelsmann’s side before Gnabry doubled their advantage, but the visitors hit back through Anthony Modeste and Mark Uth.

It was left to ex-Arsenal winger Gnabry to secure a maiden league win for the new manager in charge when he drilled home with 19 minutes left in Munich.

Hoffenheim and Union Berlin also played out an entertaining match on Sunday with the spoils shared after a 2-2 draw.