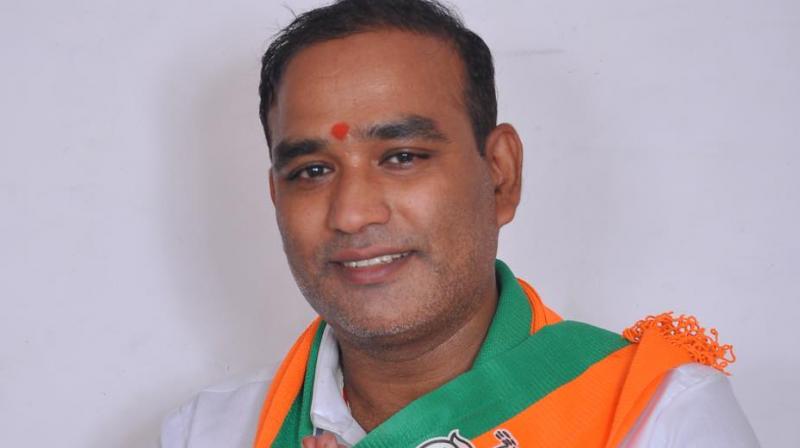 HYDERABAD: Malkajgiri police, who are investigating a reported attack on BJP Malkajgiri corporator Vurapalli Sravan Kumar, said that they had not found any evidence to substantiate the allegations levelled by the corporator.

Kumar had lodged a complaint alleging that he was stabbed with a beer bottle by TRS activists in GHMC premises on August 15.

"TRS Malkajgiri MLA Mynampally Hanumanth Rao, along with corporators Prem Kumar, Ramu Yadav, former corporator Jagadish Goud, Sathish Kumar, Gunda Niranjan, Naka Prabhakar Goud and 50 others started abusing and attacked me with beer bottles and other sharp-edged items with an intention to eliminate me," Kumar said in the FIR copy.

On the progress of investigations into the incident, which was followed by days of protests by BJP cadre, a Malkajgiri police officer said “We have analysed several hours of CCTV footage in the premises of GHMC office. We have not found any beer bottles as claimed by the complainant. We did not find any concrete evidence to substantiate the allegations. Subsequently, we issued a notice under 91 CrPC to submit any credible evidence to augment their version."

Confirming the same, Kumar told Deccan Chronicle "I have received a notice from Malkajgiri police. Accordingly, I have submitted 10 videos and names of 20 eyewitnesses. There is more evidence than has been listed in the reply."

The copy of Kumar's reply to the police notice is in the possession of this correspondent.

"I have approached GHMC officials to get the CCTV footage. However, police have already collected the footage. I fear that evidence would be tampered," said Kumar, adding that there has been no arrest so far.

Biden attempts to both claim and pass the buck on Afghanistan: The Note