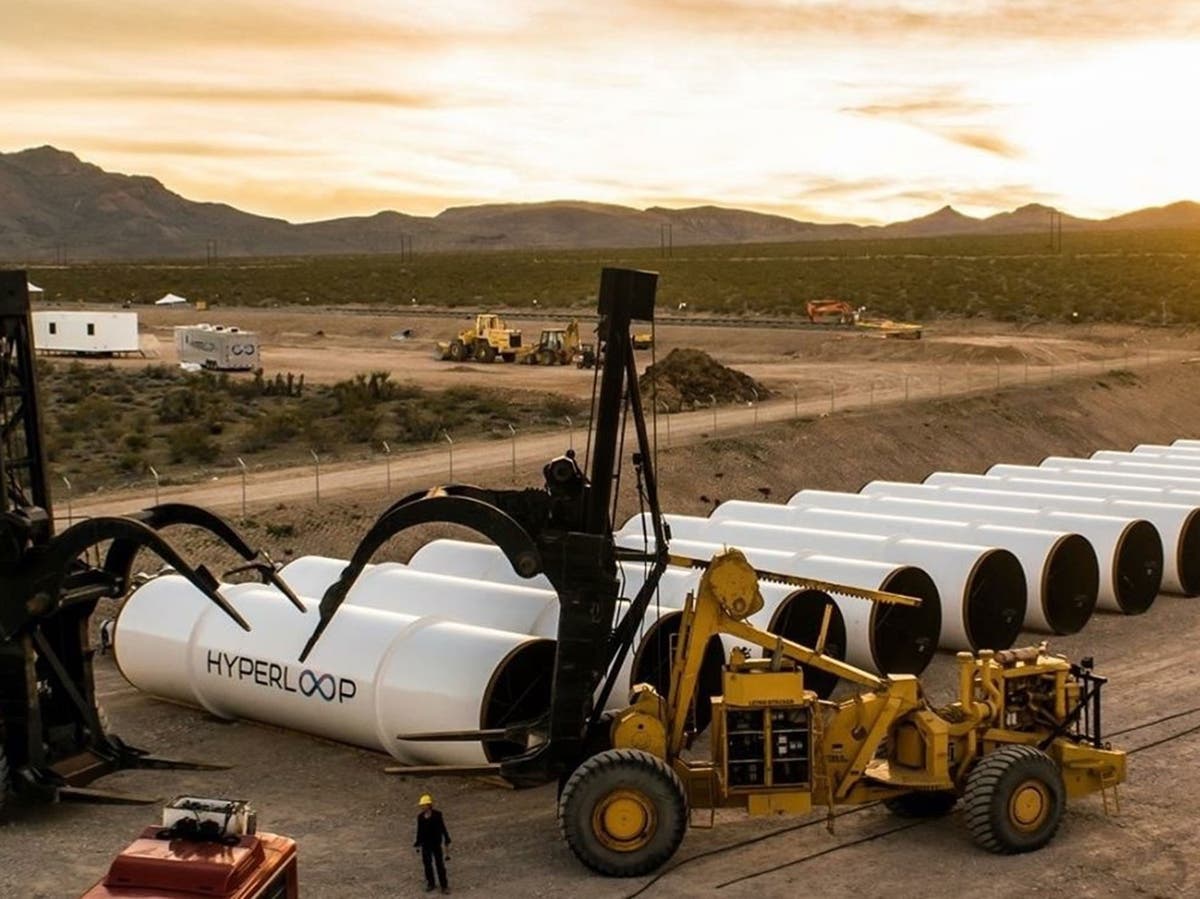 Hyperloop, the futuristic transport system first conceived by Elon Musk, has been included in a landmark trillion-dollar infrastructure bill that passed through the US Senate on Tuesday.

Two companies are currently leading the way in the development of a commercial hyperloop system – Virgin Hyperloop and Hyperloop TT – with both hoping to revolutionise the way people travel.

The original hyperloop concept, first laid out by the Tesla and SpaceX boss in a 2012 whitepaper, involves shooting pods filled with people through vacuum tubes at more than 1,000 kilometres per hour.

The promises held by this “fifth mode of transport”, as Mr Musk puts it, have so far failed to be realised in a commercial operation – a fact lamented by the famed Silicon Valley venture capitalist Marc Andreessen in a manifesto published last year titled “It’s Time to Build”.

In it, he described a “failure of action, and specifically our widespread inability to build”, and called for greater government investment in new industries.

“You see it in transportation,” he wrote. “Where are the supersonic aircraft? Where are the millions of delivery drones? Where are the high speed trains, the soaring monorails, the hyperloops, and yes, the flying cars?”

The inclusion in the infrastructure bill was welcomed by both leading hyperloop companies, who hope the development of the futuristic transportation system will replace costly road and rail infrastructure.

“Hyperloop’s inclusion in the bill is a landmark moment for the industry as it solidifies the technology into federal law,” said Hyperloop TT’s CEO Andres de Leon.

“The passing of this legislation is a step in the right direction, but the work to advance American infrastructure systems does not stop here… While a major portion of the increased investment will be spent repairing and maintaining current infrastructure systems, the country’s long-term future relies on the development of sustainable solutions becoming the backbone of transportation infrastructure.”

The bill will allow companies to compete for federal funding for US-based hyperloop projects, while also codifying the Non-Traditional and Emerging Transportation Technology (NETT) Council at the US Department of Transportation in order to support the safe and swift deployment of the transport system.

Having passed through the Senate, the bill will next be considered by the House of Representatives, which will return from its recess on 23 August.

“Hyperloop’s inclusion shows that we’re on the precipice of a new era that will change the way we think about mobility in this country,” said Josh Giegel, CEO and co-founder of Virgin Hyperloop.

“I hope the House of Representatives will expeditiously pass this legislation so that these additional avenues for investment in hyperloop’s successful deployment in the US can become law.”

COVID-19 vaccine slots can now be booked via WhatsApp

Everything you need to know about Samsung Galaxy Unpacked