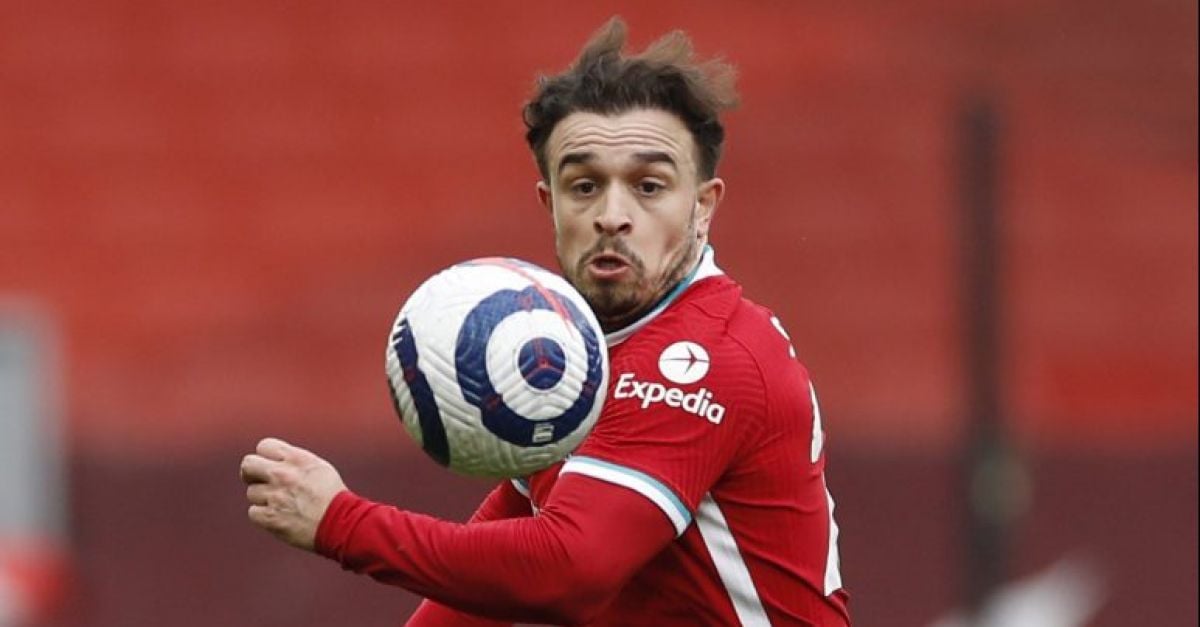 Switzerland forward Xherdan Shaqiri has completed a permanent move from Liverpool to Lyon.

Shaqiri, who joined the Reds from Stoke in 2018, scored eight goals in 63 appearances in all competitions under Jurgen Klopp.

It has been reported that Ligue 1 club Lyon have paid £9.5 million for the 29-year-old.

Thank you for the boss memories, Shaq ❤️ pic.twitter.com/xMisEjYyXJ

Liverpool said on their website: “The Switzerland international finalised a switch that will see him embark on a new chapter in his career with the Ligue 1 club.

Shaqiri, who helped Switzerland reached the quarter-finals at Euro 2020, failed to establish himself in Klopp’s starting line-up.

He signed a five-year deal at Anfield in July 2018 after Liverpool triggered a £13m release clause.

Xherdan Shaqiri has today completed a permanent transfer to Lyon after three years with the Reds.

Stoke had paid a club-record £12m to sign Shaqiri from Inter Milan in August 2015.

He made 22 Premier League appearances during Liverpool’s title-winning campaign in 2019-20, but featured in only 14 top-flight matches last season and has not appeared for Klopp’s side since a 2-1 win at West Brom in May.

Lyon finished fourth in Ligue 1 last term, missing out on a Champions League place, and appointed Dutchman Peter Bosz as head coach in May following the departure of Rudi Garcia.