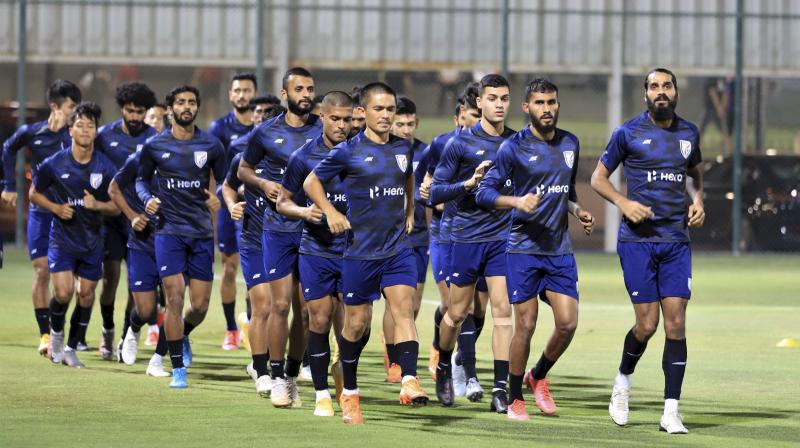 New Delhi: The national football team's camp will be held in Kolkata after 15 years when initial 23 probables assemble at the 'City of Joy' on August 15 to prepare for next month's international friendlies.

The training sessions will start from August 16, the AIFF said in a statement.

This will be the first time Blue Tigers' camp will be held in Kolkata as they assembled here for training way back in 2006 ahead of the FIFA World Cup Qualifier against Saudi Arabia.

The camp will be conducted under a secured bio-bubble adhering to the laid-down health parameters in wake of the current COVID-19 pandemic situation. The contingent will also be undergoing regular testing.

National team head coach Igor Stimac has named an initial list of 23 probables, leaving out players from ATK Mohun Bagan and Bengaluru FC owing to the two club's commitments in the AFC Cup in the Maldives.

Players from both clubs will be joining the squad immediately after finishing their club commitments in the continental tournament.

"I am very happy to meet with my players again and get ready for the upcoming challenges forward together," Stimac said.

The 23 players who will be joining the camp on August 15 are:

The ATK Mohun Bagan and Bengaluru FC players who will be joining the camp after their AFC Cup duties are: