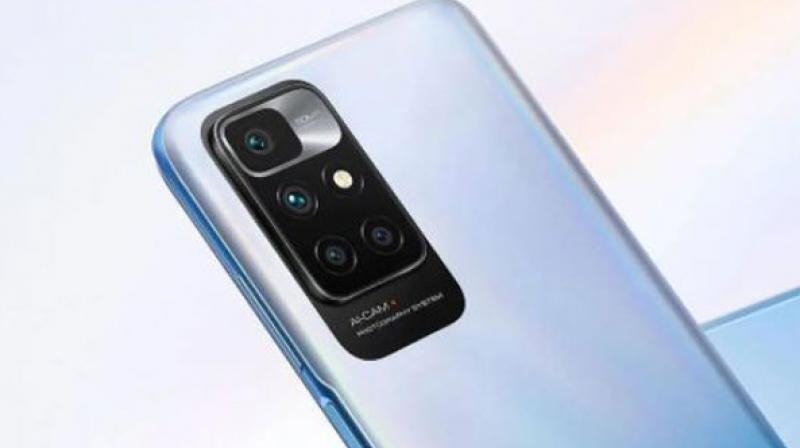 Beijing: Xiaomi's sub-brand Redmi has confirmed that it is officially launching Redmi 10 Prime with stellar hardware in India on September 3.

Mashable reported that Xiaomi's Redmi brand teased the launch of its new Redmi smartphone in India on its official event launch page, which is scheduled to roll out at 12:30 PM on September 3.

The teaser page for the launch event gives provided vague highlights for the phone, including a 'superstar camera'.

Mashable reported that the site currently highlights a large camera sensor, hole-punch display, presence of a MediaTek chipset under the hood. As per the site, the phone may come in at least a Blue colour finish.

Going by ongoing speculations, the Redmi 10 Prime and Redmi 10 may carry the same specifications.

The Redmi 10 smartphone for the global market has a 6.5-inch full-HD plus AdaptiveSync display with a 90Hz refresh rate. Under the hood, it is powered by a MediaTek Helio G88 SoC paired with up to 6GB of RAM and up to 128GB of internal storage.

After the recent price lift, the Redmi Note 10 starts at INR 13,499 for the 4GB RAM with 64GB storage version. The Redmi 10 Prime might come to a price closer to INR 10,000 range, Mashable India noted.

The company has confirmed that it will make the smartphones available on Amazon.in, in addition to mi.com and offline stores.

However, it is still not clear if Xiaomi's Redmi is planning to launch all the models of the phone in India.