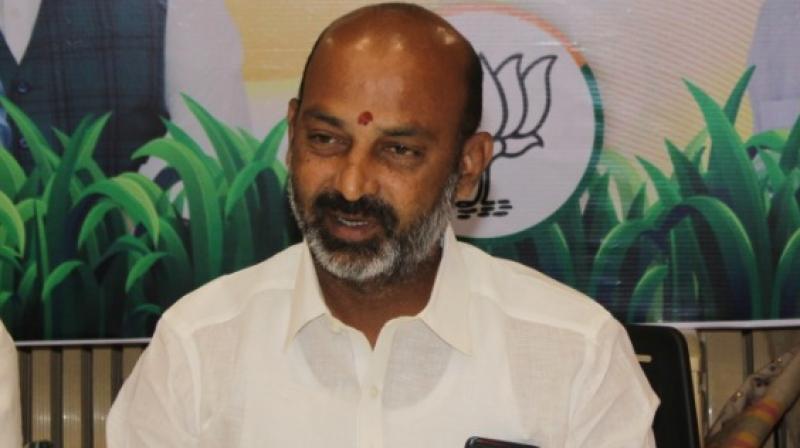 Sanjay Kumar announced that the party functions were cancelled due to the former Uttar Pradesh Chief Minister’s demise.

Meanwhile, he expressed shock over the death of the former BJP leader. He said Singh was very disciplined in the party and his services were memorable. He lauded Singh for dedicating himself to the glorious temple of Lord Rama in Ayodhya as long as he lived. He recalled that Singh had twice served as Chief Minister of Uttar Pradesh and Governor of Rajasthan. Sanjay Kumar said Singh’s death was a fatal blow to the BJP.

The padayatra headed by Sanjay Kumar was scheduled to start on August 24 with 50,000 party activists from the famous Bhagyalakshmi temple at Charminar in Hyderabad.

Earlier Sanjay Kumar wanted to start his padayatra on August 9 but the programme was postponed due to Union minister Kishan Reddy’s Jana Ashirwad Yatra.

Party sources said the state executive committee and general secretaries would meet after August 24 and finalise dates of the padayatra.

America’s war over Afghanistan is just getting started