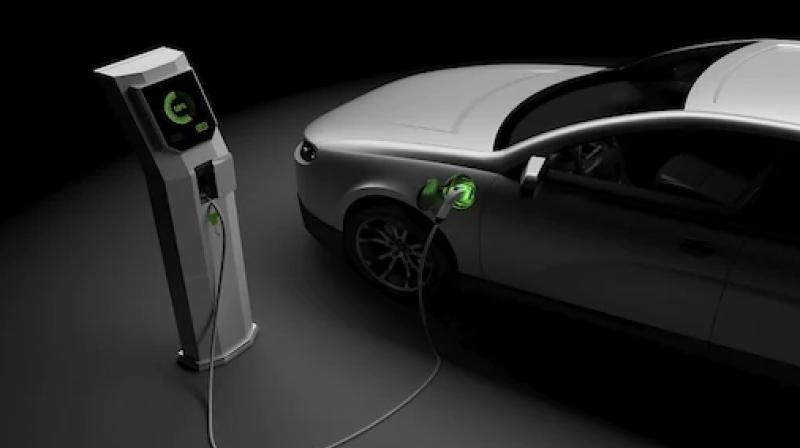 New Delhi: Union Heavy Industries Minister Mahendra Nath Pandey on Wednesday said the government is working on establishing charging infarstructure across the country in order to promote faster adoption of electric vehicles (EVs) in the country.

"We are looking to promote environment-friendly vehicles. We came up with FAME-I, and after it received good response, we announced FAME-II scheme with an enhanced outlay of Rs 10,000 crore," Pandey said.

He added that while promoting electric vehicles, the government is keen to establish charging infrastructure as well.

"We are working in a way so that the EVs become a public movement. That's how we are going ahead with this," Pandey noted.

The minister lauded the role played by the automotive sector in generating goods and services tax (GST) as well as providing employment opportunities to over three crore people in the country.

"We understand the importance of this industry. The automotive sector contributes 6.4 per cent to the country's GDP," Pandey said.

The sector accounts for 50 per cent of the entire GST collections, he added.

He noted that the country has now become the fourth-largest auto market in the world, and it is therefore an important part for achieving the goal of a USD 5-trillion economy.

Pandey said that in order to encourage the industry, the government has come out with Rs 1.5 lakh crore production-linked incentive scheme.

He said that under the Atmanirbhar Mission, the country not only wants to cater to its domestic demand but also wants to export good-quality products to various international markets.

"There are countries who dump poor-quality stuff in other countries, I dont want to name such countries, but we are looking to supply better products to global markets," Pandey said while adding that his ministry is ready to support the automotive industry in any kind possible.