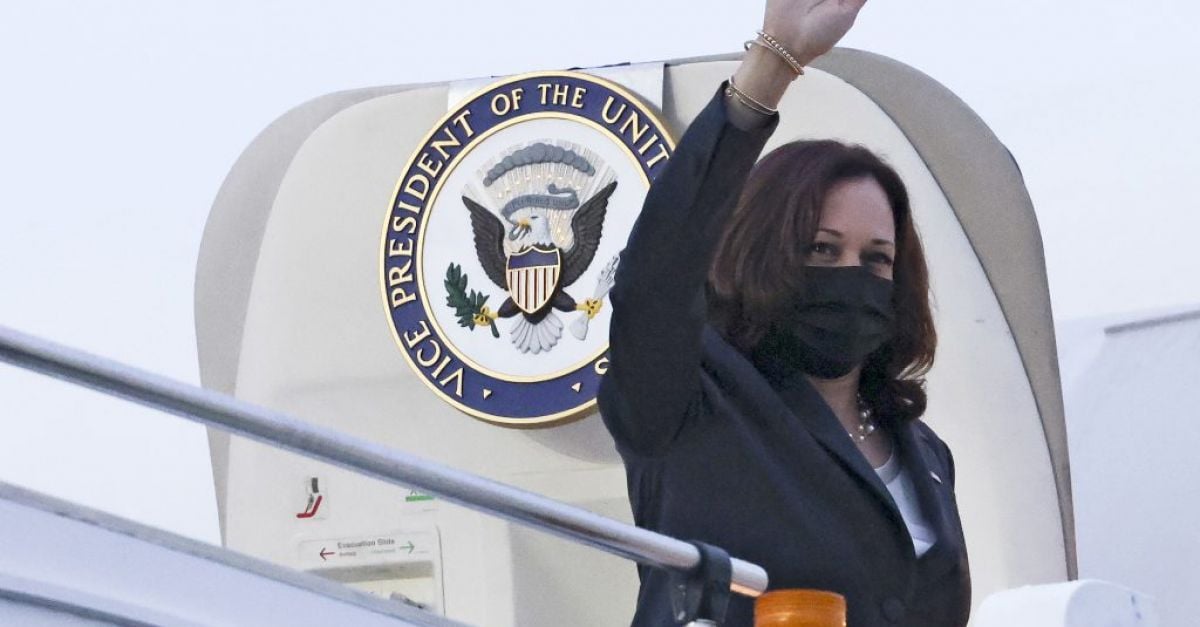 The investigation was in its early stages and officials deemed it safe for Ms Harris to make her scheduled stop in Vietnam, after initially hitting pause for a few hours on Tuesday.

Havana syndrome is the name for a rash of mysterious health incidents first reported by American diplomats and other government employees in the Cuban capital beginning in 2016.

During her trip, Ms Harris is reassuring Asian allies after the tumultuous evacuation of US forces from Afghanistan.

US officials had not yet confirmed the latest reported Havana syndrome case, and it did not involve anyone travelling with Ms Harris, White House press secretary Jen Psaki said on Tuesday.

In light of the reports, “there was an assessment done of the safety of the vice president, and there was a decision made that she could continue travel along with her staff”, Ms Psaki said.

There have been two separate cases of unexplained health incidents reported by US personnel in Vietnam within the past week, US officials said.

It was not immediately clear who was reportedly impacted by the syndrome, though officials said it was not someone who worked for the vice president or the White House, according to the officials.

On Wednesday, Ms Harris appeared before US diplomatic staff in Hanoi to sign a lease to a new embassy there.

She did not weigh in directly on the reported Havana syndrome situation but expressed gratitude to those working for the US across the globe.

“Here’s my message to embassy staff: thank you. The people who work in our embassies around the world are extraordinary public servants who represent the best of what the United States believes itself to be and aspires to be, which is a good neighbour for our partners and our allies around the globe,” she said.

On Wednesday, Ms Harris was highlighting the announcement that the US will send one million additional doses of the Pfizer coronavirus vaccine to Vietnam, bringing the total US vaccine donation to that country to six million doses.

The US will also provide 23 million dollars to help Vietnam expand distribution and access to vaccines, combat the pandemic and prepare for future disease threats.

The Defence Department is also delivering 77 freezers to store vaccines throughout the country.

Some of those impacted by Havana syndrome report hearing a loud piercing sound and feeling intense pressure in the face.

Similar, unexplained health ailments have since been reported by Americans serving in other countries, including Germany, Austria, Russia and China.

A variety of theories have been floated to explain the incidents, including targeted microwaves or sonic attack, perhaps as part of an espionage or hacking effort.

Particularly alarming are revelations of at least two possible incidents in the Washington area, including one case near the White House in November in which an official reported dizziness.

Administration officials have speculated that Russia may be involved, a suggestion Moscow has denied.

Congress has raised alarms over such incidents, finding rare bipartisan support in the House and Senate for continued government-wide investigation into the syndrome, response as well as support for American personnel receiving medical monitoring and treatment.

The Biden administration is facing new pressure to resolve the mystery as the number of reported cases of possible attack has sharply grown.

But scientists and government officials are not yet certain about who might have been behind any attacks, if the symptoms could have been caused inadvertently by surveillance equipment – or if the incidents were actually attacks.