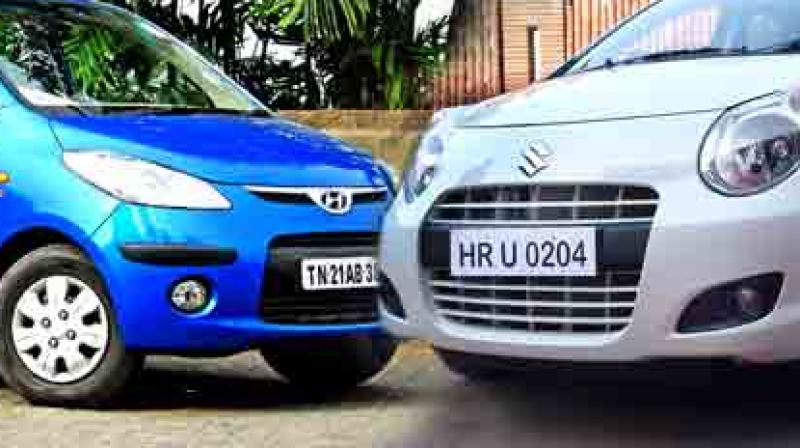 Pune: Maruti chairman R.C. Bhargava and TVS Motor chairman Venu Srinivasan hit out at government decision-makers for levying high taxes on vehicles at the same level as luxury cars and not making them affordable to spur growth of the automobile industry, the third largest employer in the country.

The demand for vehicles is unlikely to revive as buyers are finding it difficult to buy cars and two-wheelers due to the continuous increase in costs and no respite in taxes, Bhargava and Srinivasan, two of India's biggest names from the industry, said.

"The rates of GST are more than double in India, compared to the EU, Japan or the US, and given the lower income levels in India, the question of affordability comes in," Bhargava, chairman at Maruti Suzuki.

"GST is not the only thing. States have this one-time road tax, which takes the tax rate to 37-38 per cent on cars. Do we need the kind of high taxes we have? I don't think the automobile market is going to revive," he rued.

He spoke at the 61st annual convention of the Society of Indian Automobile Manufactur-ers, or Siam.

"The Centre and states must reconsider high taxes on automobiles. Green mobility will not take off unless we address the question of affordability. We haven't seen any action on the ground to reverse the decline of the auto industry. India is not looking at incomes, paying capacity and job creation while making mobility plans," Bhargava drove home the point.

"Is the automotive sector being recognised for what it has contributed to the environment, to revenues, and to foreign exchange earnings? And that is the question Mr Bhargava raised," Venu Srinivasan, CMD at TVS Motor Company, said.

India's two-wheeler industry is the world’s largest. The vehicle is considered a family necessity than a luxury. But being taxed (GST) at the same level as luxury cars.

"The price of the moped has gone up by 45-50 per cent. GST on two-wheelers is the same as a luxury-level product but is a basic mode of transportation. The switch to BS6, cost of ABS, Supreme Court ruling on mandatory purchase of three-year insurance, and a one-time tax have pushed prices of two-wheelers higher," Srinivasan added.

Tarun Bajaj, taking note of the concerns, advised Siam to do an analysis on the reasons behind the downturn in the sector. "Siam should do a deeper analysis and come back with what changes you require,” he said.