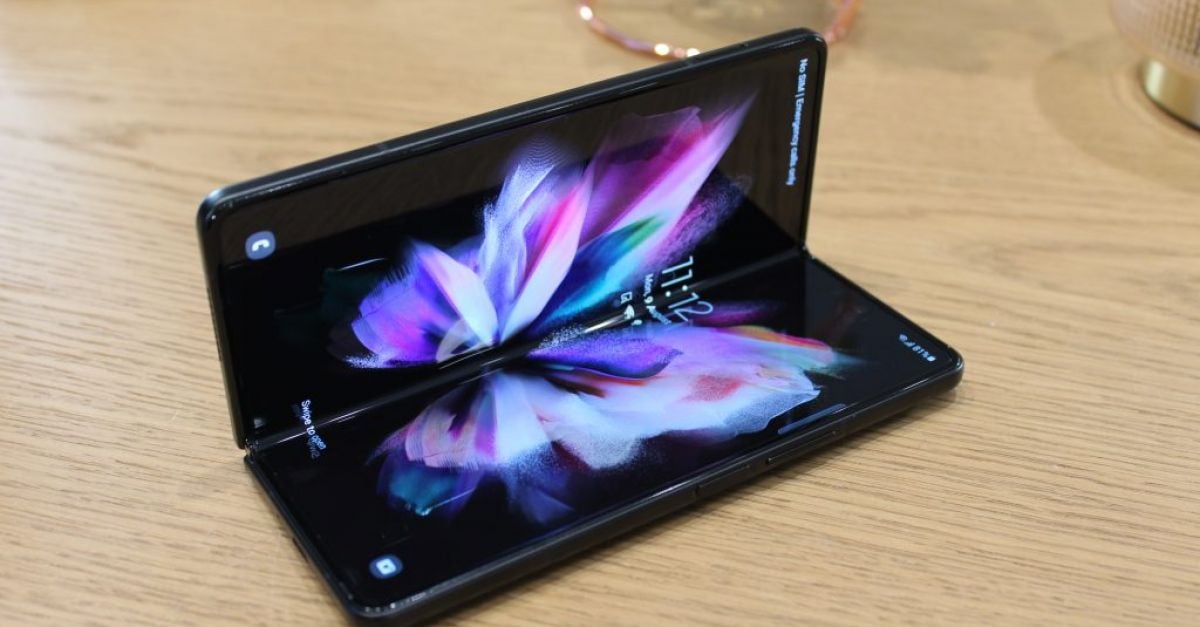 Samsung has been bold with its latest generation of foldable phones, declaring that now is the time to move them to the mainstream and get regular smartphone owners using what it sees as the future of phones.

To do this, the Korean tech giant has foregone releasing a new version of its popular Note series of ‘phablet’ devices this year, instead announcing the Galaxy Z Fold3 and Z Flip3, placing them front and centre of its device range.

So, how does the larger of the two, the Fold3, measure up as a potential mainstream foldable?

While the key characteristics of the Fold3 are the same as previous devices – a standard portrait shaped phone which then opens up to reveal a second, tablet-sized display – Samsung has made some notable refinements on this third-generation device.

The 6.2in cover screen, and the main screen, now supports a 120Hz refresh rate, which means scrolling and gaming on the display are smoother than ever.

Improving the durability of foldables has also become a key factor for Samsung, and as a result, the Fold3 uses what is known as Armour Aluminium on the device’s hinge and casing, a stronger form of the metal designed to better withstand bumps and scratches.

The screens, too, have been given added protection, firstly by using Corning Gorilla Glass Victus on the displays, which is stronger than previous generations, and add a new protective film to the 7.6in main, foldable display, which makes it up to 80 per cent more durable.

Add in the fact that the Fold3 is IPX8 water-resistant for the first time and it is clear significant strides have been made in making the Fold much more life-proof. This certainly appears to be the case during day-to-day use, with the device holding up well to the bumps and other interactions of daily use.

Another notable update is the introduction of an under-display camera on the main screen, which fades away when you are viewing content full screen for a completely uninterrupted view, but comes back into view when needed for photography or facial recognition purposes.

The overall look and finish of the Fold have improved too, the matte finish on the rear casing and flatter edges of the device have given it a smarter look and feel, while the range of new colour options are attractive too.

Crucially, the Fold3 is noticeably lighter than its predecessors and that really makes a difference during general use and when you slip the device into your pocket, where it feels more like a traditional smartphone and less like a bulky concept device.

Another key area Samsung is looking to improve with the Fold3 is accessibility.

There was plenty of room for improvement too, with a number of very popular apps – for example, Instagram – not always working smoothly between the two screen sizes and in particular on the larger main screen.

This issue has been broadly addressed on the Fold3, with a number of key apps having been optimised for the Fold’s big screen and making better use of the space on offer.

For example, Outlook now shows a user’s list of received emails down one side of the screen and an open email on the right – just like the experience on a tablet or computer. Microsoft Teams also works in the same way now, as do a number of other productivity apps.

These are incremental but incredibly welcome steps forward for productivity and general user-friendliness on the Fold, which on previous generations of the device has at times felt stuttering and uncomfortable.

Combine this with the Multi Window feature, which allows up to three apps to be split across the large screen and used at one – and a fourth floating window dropped on top – as well as the smoother frame rate, and you have an exceptional productivity device.

There is another layer to this, too. S Pen support on the Fold3 is a clear attempt to guide current Samsung Galaxy Note users to a Fold as a natural step forward, and the ability to use the stylus on the Fold will be an enticing factor for many Note users.

However, unlike on Note devices, the Fold3 does not come with an internal storage area for the S Pen, or indeed comes with an S Pen in the box.

Instead, users will have to find another way to store their S Pen – and hope not to lose it – or invest in the special Fold3 cases Samsung has to offer which include a slot for the Pen.

These performance boosts do come with something of a compromise, however – battery life on the Fold3 does not appear to have moved on from the previous Fold and while seeing you through the day, on days of particularly heavy use you can find yourself needing to grab a charger.

There is no doubt that the Fold3 brings foldable devices closer to being a mainstream option for users, but that glass ceiling has not been completely shattered yet.

Despite a commendable £200 price cut compared to last year, the Z Fold3 still starts at £1,599, which is right at the absolute top end of the premium smartphone price range.

Using a foldable is still not an entirely natural thing to do for many people either, especially after years of being programmed to work with a single narrow screen.

Indeed, opening and using the Fold3 one-handed is not easy or practical, and despite the impressive weight shedding, it is still bulkier than many smartphones when placed into a pocket.

But the potential in this package is undoubtedly huge – access to such a high-quality large screen on a device of this size is a stunning piece of technological ingenuity and offers entertainment and productivity options that no other smartphone can match.

Indeed, Samsung’s biggest hurdle might be simply getting the device into people’s hands so they can see for themselves just how good the category can be.

So where does this leave the Galaxy Z Fold3?

It is, without doubt, the best foldable smartphone Samsung has made so far; the closest thing to an ideal example of how the form should work.

But, like all new technologies, it takes time to become the norm, and many people are still not on board with the concept. Despite a price drop, it remains very expensive – although, given time, all this could change further.

Crucially though, Samsung appears to be keeping up its side of the bargain in that the Fold3 offers the durability, accessibility and productivity found on more traditional flat smartphones.

So, when people are ready to embrace foldables, the Z Fold3 will be a good place for anyone to start.

Is Ariana Grande releasing a beauty line? 5 things we’d want to see from it

The Ramayana through new eyes

Unsure about joint pain? When to see a doctor and helpful steps you can take at home