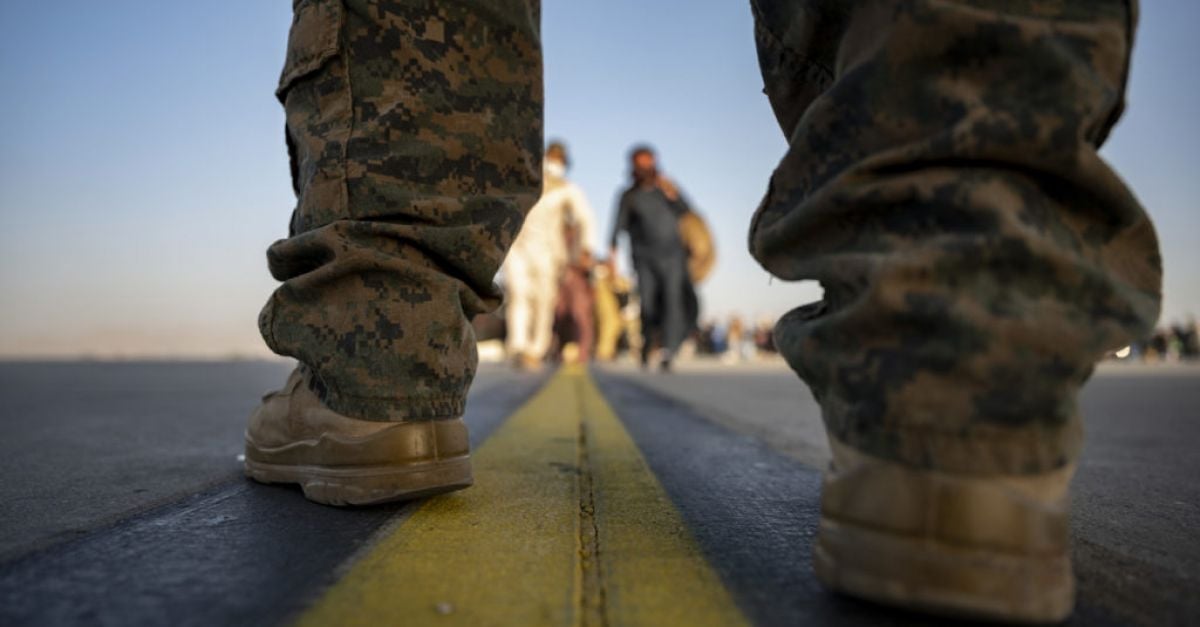 More than 80,000 people have been evacuated from Afghanistan since the Taliban seized the capital Kabul on August 14.

It is the largest US airlift in history. While the pace has picked up in recent days, it is still a chaotic scramble as people seek to escape. Afghans trying to reach the airport face a gauntlet of danger, and there are far more who want to leave than will be able to do so. Those who do make it out will face the many challenges of resettlement, either in the US or somewhere else. And time is running out. President Joe Biden set an August 31 deadline to complete the US-led evacuation.

Here is a look at where the situation stands:

Former US president Donald Trump signed a peace deal with the Taliban in February 2020 as part of an effort to end what he called the “endless wars” in the Middle East. He agreed to a May 1 deadline to have all troops out of the country. Mr Biden, who says he no longer wants to risk American lives in a civil war among Afghans, kept with the withdrawal plan but extended the deadline to September. The Taliban quickly seized control of most of the country as the US withdrew air support to the Afghan military. Afghans, fearing retribution and the harsh rule of the Taliban, rushed to the airport in the hope of getting out of the country.

– Who is getting flown out of the country?

The 80,000 evacuees include more than 4,400 American citizens and family members, as well as Afghans who have obtained a limited number of special immigrant visas, which are for people who have worked for the US or Nato as interpreters or in some other capacity. The US is also evacuating Afghans, along with their immediate families, who have applied for the visas but not yet received them, and people who face particular danger from the Taliban. That includes people who worked for the government, members of civil society, journalists and human rights activists.

– Where are they going?

American citizens and people who already have legal US residency, including those who have been approved for the special immigrant visa, can proceed to the US after a stopover, typically in Qatar or another Gulf nation. Afghans who have applied for but not yet received the special visa, or who are seeking to enter the US as refugees, must first go to a “transit hub” in Europe or Asia for security vetting by US intelligence and law enforcement authorities, according to the White House.

After they are screened, they can be flown to the US and housed at military bases in Virginia, New Jersey, Texas and Wisconsin until their applications are completed and they can be resettled. The White House says everyone will be tested for Covid-19 upon arrival in the US. It is unclear how long it will take to process people at military bases.

In addition, at least 13 countries, including Uganda, Rwanda, Costa Rica and Albania, have agreed to temporarily house Afghan refugees until they can be resettled.

“The critical issue now is evacuation, and then you can sort out resettlement to the United States,” said Bill Frelick, director of the refugee and migrant rights division at Human Rights Watch.

The scale and speed of this airlift are unprecedented, but the US has a history of taking in refugees from overseas conflicts. The US airlifted about 7,000 people with the fall of Saigon in 1975 at the end of the Vietnam War and ultimately took in more than 100,000 refugees from South East Asia. In 1996, the US evacuated about 5,000 Kurds and other Iraqi minorities from northern Iraq after then-president Saddam Hussein regained control of the region.

In 1999, about 20,000 victims of Yugoslavian “ethnic cleansing″ against Albanians in the province of Kosovo were brought to the United States as refugees and temporarily housed for processing in Fort Dix, New Jersey. The US has admitted more than 3.1 million refugees since 1980.

– How do Afghans get settled into their new lives in the US?

Nine non-profit resettlement agencies, including the International Rescue Committee and the US Conference of Catholic Bishops, oversee a network of affiliates that work to help refugees. Once they are placed in their new cities, they typically get food and housing assistance for the first 90 days but are expected to become self-sufficient. They are greeted at the airport and taken to their new home, generally an apartment.

The non-profit groups – which operate with a combination of government grants and private donations – help them find a job and get acclimatised. “People are intimidated and nervous and all of those emotions. But they’re also, I think, excited. People come in just feeling safe again,” said Mark Hagar, the Dallas-area director for Refugee Services of Texas. Refugees are expected to reimburse the government for their flight to the US.

– How can people help?

The groups that help resettle refugees not only need donations, but also volunteers to meet families at the airport, help set up their apartments and help them get oriented to the new culture.

The International Rescue Committee, for instance, says that in addition to financial contributions, it can use donated furniture, groceries and items for babies.

Mr Hagar said the agency has been heartened to see an influx of volunteers in response to events in Afghanistan. He said a volunteer training session over the weekend that would normally involve about 50 people had about 300.

– Shouldn’t this process have started earlier?

Members of Congress and others have long complained about the length of time and the bureaucratic hurdles required for former interpreters and others who worked for the US to get visas. The process slowed further under Mr Trump, whose administration also cut the number of refugees allowed into the US, and it came to a virtual halt with the outbreak of Covid-19.

This summer, as the US withdrawal approached, the US held off on a mass evacuation at the request of the Afghan government, which feared it would trigger a panic that would make it even harder to hold off the Taliban, according to Jake Sullivan, Mr Biden’s national security adviser. But he said even starting earlier would not have avoided the chaos at the airport.

“This operation is complex. It is dangerous. It is fraught with challenges – operational, logistical, human. And it’s produced searing images of pain and desperation,” he said. “But no operation like this, no evacuation from a capital that has fallen in a civil war, could unfold without those images.”