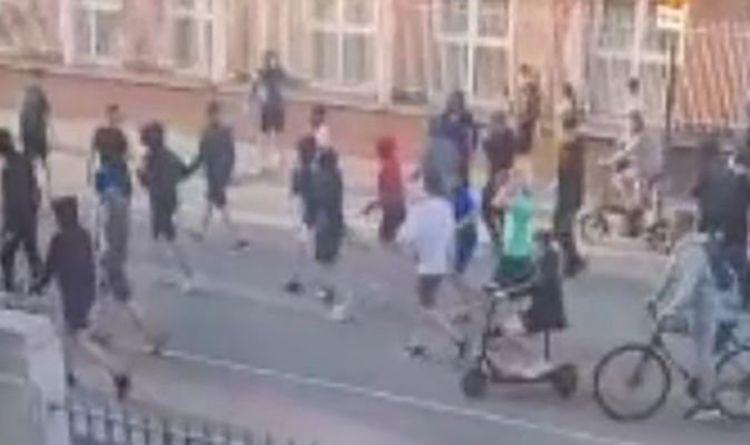 Disgraceful scenes unfolded in central Dublin, Ireland, on Wednesday evening after petrol bombs were allegedly hurled. The gang moved down the street, both on foot and on bikes, and seemingly threw items up at balconies overlooking them as they went through.

It is believed the scenes unfolded when two rival gangs involved in a bitter postcode feud clashed. No arrests have been made as yet.

Footage shared by  ends with two police officers picking up debris on the street, including some dropped weapons.

Photos of the arsenal show hammers, a huge iron bar and an axe, all found after the chaos.

A spokesman for the Garda said: “Pearse Street Gardai, as part of Operation Pier, attended a public order incident and seized a number of weapons on Hanover Street shortly after 7pm yesterday evening.

“No arrests have been made, investigations are ongoing.” 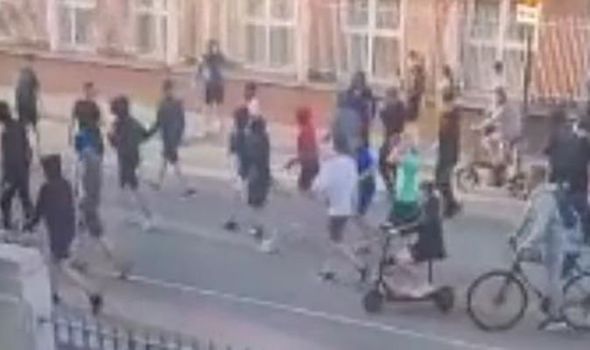 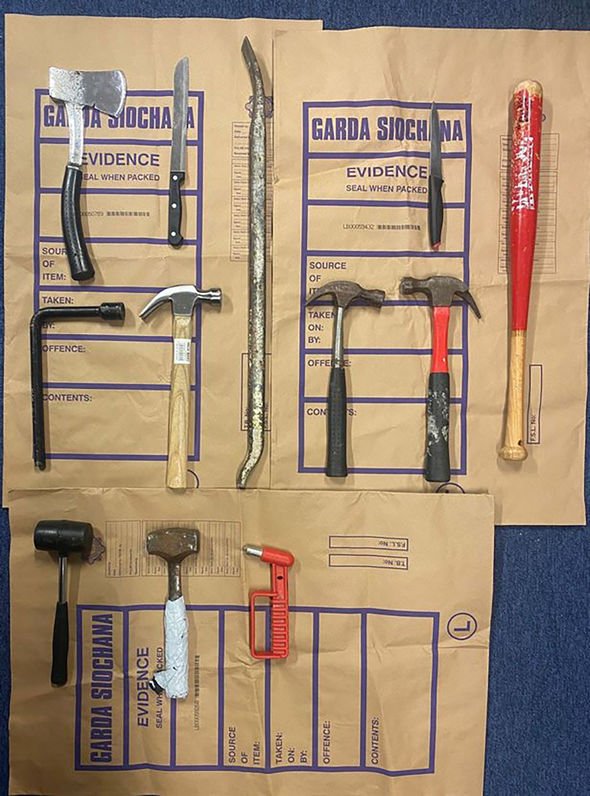 The area has been plagued with similar brawls over the past few months.

A man was rushed to hospital following a stabbing in the area in May, and another was seriously injured in a vicious hatchet attack after a clash between two groups of youths last November.

And in the city after a protest turned ugly recently.

What is happening with the Afghan evacuations?