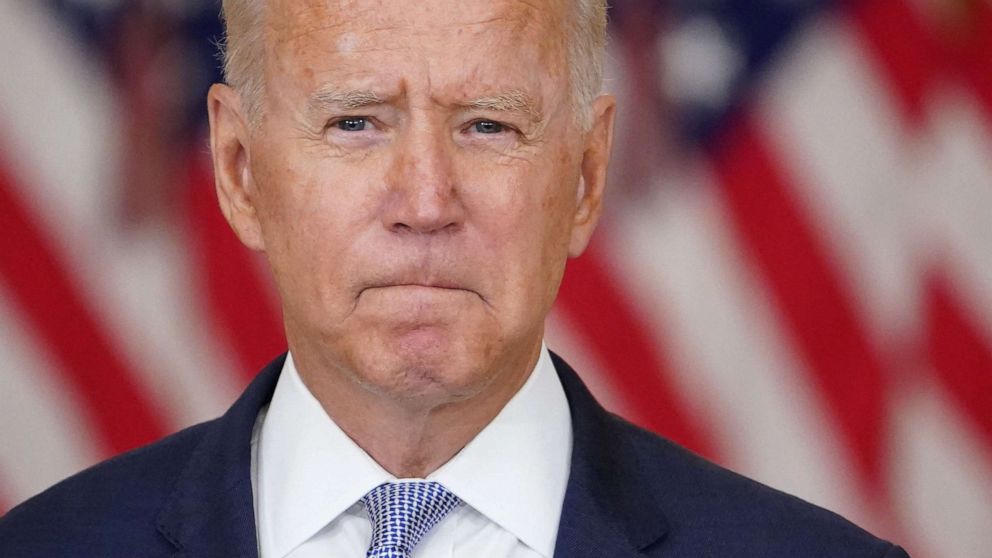 Amid intense backlash on the handling of the troop withdrawal and the Taliban takeover of Afghanistan, President Joe Biden argued that the commotion of the past few days was inevitable.

“The idea that somehow, there’s a way to have gotten out without chaos ensuing, I don’t know how that happens,” Biden told ABC News’ George Stephanopoulos in an exclusive interview.

Biden indicated an investigation of the intelligence surrounding the topic would take place, but stopped short of saying that the intelligence was wrong. Biden also denied reports that top military advisers warned against his withdrawal timeline.

Biden’s defense of his administration’s actions come as significant numbers of Americans and Afghan civilian personnel struggle to access the Kabul airport and escape the war-torn nation.

“We’re going to do everything we can to continue to try to deconflict and create passageways for them to get to the airfield. I don’t have the capability to go out and extend operations currently into Kabul,” Secretary of Defense General Lloyd Austin said to reporters Wednesday.

Much about the progress on evacuation efforts remains murky. In his interview with ABC News, Biden was certain that Americans in Afghanistan and American military members would be taken out of the country but seemed noncommittal on how many Afghan allies the U.S. would be able to rescue. Another unknown is if evacuations can realistically be completed before the Aug. 31 deadline. Biden offered a caveat that is unlikely to comfort those on the ground pleading to evacuate.

“It depends on where we are and whether we can get — ramp these numbers up to five to 7,000 a day coming out,” Biden said. “If that’s the case, they’ll all be out.”

For the second time this month, Biden slammed governors who are blocking masking and vaccine mandates in their states. In remarks delivered from the White House on Wednesday, Biden specifically sounded off about those actions endangering students who are not yet vaccinated but are returning to in-person schooling.

The president announced he is directing Education Secretary Miguel Cardona to utilize “legal action, if appropriate, against governors who are trying to block and intimidate local school officials and educators.”

Florida’s Gov. Ron DeSantis recently announced that the state could withhold the salaries of education officials who ignore his order banning mask mandates in school districts. In Texas, a series of battles over masking mandates are creating a legal crossfire between local officials and Gov. Greg Abbott, who tested positive for the coronavirus on Tuesday.

“If a governor wants to cut the pay of a hardworking education leader who requires masks in the classroom, the money from the American Rescue Plan can be used to pay that person’s salary 100 percent,” the president said.

The Republican challengers in California’s recall have attempted to stay unified in recalling Gov. Gavin Newsom, but both Newsom and those who want to oust him have an opponent in Larry Elder.

Although the two-part question means the candidates are not officially running against each other, some of the top Republican contenders chose to single out Elder at a debate he did not attend Tuesday night in Sacramento.

Elder was a relatively late entry into the recall field, but quickly became a front-runner in a crowded field of candidates. Cox, Faulconer and Kiley will debate again Thursday night. Elder and Caitlyn Jenner declined to participate in any debates.

ABC News’ “Start Here” podcast. Thursday morning’s episode features ABC News’ George Stephanopoulos and the exclusive interview with President Joe Biden on the fallout from his decision to withdraw U.S. troops in Afghanistan. Then, an Afghan woman tells her story of escape from Kabul and what’s happening with her family members who are still trying to flee. And, ABC News Senior National Correspondent Terry Moran explains how this turning point in Afghanistan might be remembered. http://apple.co/2HPocUL

US troops will stay until all Americans are out of Afghanistan, even if past Aug. 31 deadline: Biden to ABC News