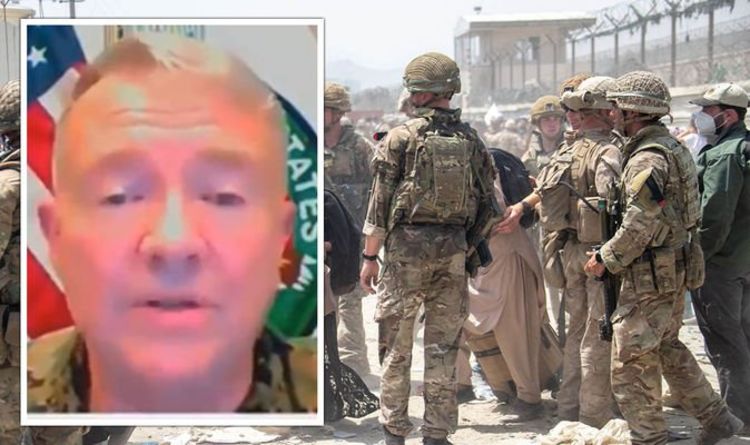 Suicide bombers struck the crowded gates of Kabul airport with at least two explosions on Thursday, causing a bloodbath among civilians and US troops, and bringing a catastrophic halt to the airlift of tens of thousands of Afghans desperate to flee. Two US officials put the US death toll at 12 service members killed, making it one of the deadliest incidents for American troops of the entire 20-year war. ISIS, who have claimed responsibility for the attack, have been warned action will be taken against them.

Marine Corps General Kenneth McKenzie, commander of US Central Command, told a news conference: “If we can find who is associated with this, we will go after them.

“We’ve been clear all along that we’re going to retain the right to operate against ISIS in Afghanistan and we are working very hard to determine attribution and determine who is associated with this cowardly attack and we’re prepared to take action against them.”

There is an ongoing and high threat of terrorist attack. Do not travel to Kabul Hamid Karzai International Airport”, the advisory said.

What is happening with the Afghan evacuations?